Notes: Sorry this is up later than usual, my kiddo had a nap that wasn't worth a damn. *sigh* Anyway, have some more Cas and Fillie. Next chapter--Rone comes back into play :) 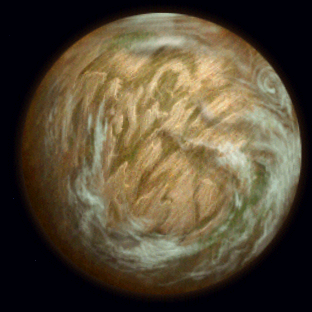 “This is VS-229,” Fillie said as they walked toward the enormous ship that dominated the back half of the camp. “It’s the primary vessel our department uses for groundwork. It holds up to three hundred people, and it was reconditioned only last year to provide state of the art facilities.” She rubbed her armor-clad hands together. “It’s so neat! Definitely the most modern ship I’ve ever served on. Logistics doesn’t usually get first pick when it comes to upgrades, you know.”

“I can imagine.” It looked pretty impressive to Cas, but then he’d never even been off the ground before, much less on a ship that could travel through space. He shivered slightly at the prospect. It was…maybe, possible, just a bit…intimidating.

But you’ll be fine. Of course he would. Nothing was going to derail his plans for justice, especially not some ridiculous phobia that he was perfectly capable of controlling.

Fillie led the way up the gangplank and into the ship. It was bright in there, Cas realized. So bright it made him blink. After a lifetime lived in darkness, stepping into such a stark, artificial brilliance made his eyes burn. “Let me lead you to the—oh my gosh, I’m so sorry!” Fillie apologized as soon as she turned to look at him. “I forgot to take you back to medical! They equipped all the other refugees with eyedrops to help mute the light until they adjusted. Come on, we can—”

Cas forced himself to smile. “I’ll be all right,” he told her. “I’d rather put off another trip to the doctor for now, if it’s okay with you.” I need time to move the phage away from where they’ll take blood samples.

“Sure! Of course, whatever you need.” Fillie shifted awkwardly on her feet, servos hissing a little. “Let’s go on to the captain’s cabin, then.” She led the way down the ship’s central hallway, the metalmesh floor giving a little beneath her weight. Lights lined the ceiling, the walls—there were even lights in the floor, along the sides of the hall. Cas frowned. These people seemed obsessed with being visible. If this was an indication of their greater culture, then he was going to have to change how he’d planned to get around in the future. Sneaking through the shadows might be harder than he thought. The only accent color was Imperian Red, too, which…good grief, it was gaudy on a person, but coating the inside of an entire spaceship it was downright garish.

People in uniform, but not armor, moved around them like ripples spreading out from a thrown stone. The stares were more intense in here—the crew left to man the ship hadn’t had as much exposure to Cas yet, and were even more interested because of it, but he followed Fillie’s lead and ignored them.

“Crew berths are one floor up,” she explained as they walked, “except for the captain and command staff, which are in the front of the ship near the command center. Engineering is one level down, and storage is beneath that and in the aft of the ship. The medical center is on this level, along with all the general work stations and meeting rooms.”

“I might need a map,” Cas joked, but Fillie took him seriously.

“You should already have access to the ship’s AI,” she said. “Just scan your chip on any of the readers and ask whatever you want. That’s how you’ll activate all the devices in your rooms, from the shower to the entertainment system.” She glanced back at him. “The doc will implant a regular chip in your wrist when you have your medical checkup, but the card should do everything you need for now.”

“Great.” Foreign technology to work around. The phage won’t like that. At this rate he’d exhaust the parasite before it had a chance to regenerate itself. If that happened…well, it was better not to borrow trouble. It hadn’t happened yet, and it probably wouldn’t. Probably.

“Here we are.” She turned down a small hallway to the right, just before they reached an impressive set of double doors, and stopped at the last doorway. “These are the rooms you and the captain share! I’ve never been inside, but I’m sure they’re amazing.”

“Oh.” They were here already? “Are you…leaving?”

“Well, I can’t exactly go inside myself.” Fillie held her wrist up to the reader outside the door and got a red light and a “Entrance denied” from the speaker. “Try yours.”

Cas lifted up his card, and a moment later the light turned green and the door slid open. The room inside seemed comfortingly dark, at least. “Okay. I guess this is it for now then, huh?”

Fillie seemed to sense his nerves for the first time. “I’ll find you later,” she promised him. “You can ask me any questions that come up once we’re beyond atmosphere. And if you really need me, the AI can link us up.”

“Got it.” He didn’t, really, but now wasn’t the time to cling. Although, if he’d really been Beren, he’d have been clinging to Private Fillie for all he was worth. “Thank you for all your help.”

She beamed. “You’re welcome! See you later, sir.” She turned and vanished at the end of the hall, and Cas took a deep breath and stepped inside to his new quarters.

The lights brightened immediately, and he winced and shielded his eyes. “Too much,” he muttered. “Um…” He looked for the nearest reader and scanned his card again. “Excuse me…AI?”

“I am listening, Consort Basinti.”

Ugh, what a title. “Can you dim the lights?”

“Fifty percent?” The lights dimmed immediately, but it was still too bright. “Make that sixty percent.” That was better. He took in the basic layout of the room—this was the public area, with enough elaborate velvet chairs to seat four around an extravagantly-carved table, and an eating area off to the side. The toilets and bedroom must be through the doors at the back. This room also had a round window, probably a meter in diameter, with a view of the bustle going on outside. It was strategically interesting, but strategy was taking a backseat to learning about his new surroundings for now. “Can you block out the window?”

“Yes, Consort.” The glass turned opaque, and Cas sighed with relief. That was better. It felt more comfortable in here already. Now…to get down to business.

“Can you show me the entertainment center, please?”

One of the walls completely transformed into a giant, immensely bright screen. “Dim the light!” It dimmed by sixty percent, and he blinked reactive tears away from his eyes. “Okay, then.” He sat down on the chair farthest from the screen, crossed his legs—it was one of Beren’s affectations, and would make him seem younger if anyone was watching him right now—and said, “Show me something on the history of Imperia, please.”

“Thank you.” It was best to start getting a handle on his future terrain while he could, and no on would be surprised to see him researching in this way.

The Glory of Imperia appeared on the screen, followed by a long list of more. “Um…play Glory.”

“And dim the lights another ten percent, please.” It did, and the headache that had been forming behind his eyes slowly faded as an enormous ship came into view, heading for a green and brown planet in the distance. The narrator’s voice was soothing, and Cas slowly, finally, let himself relax a bit.

It would do until his husband got here.
Posted by Cari Z at 10:55 AM