Notes: More Rone time! And we're getting in the air. Strap in, because soon there'll be plenty of sneaking and skullduggery about. 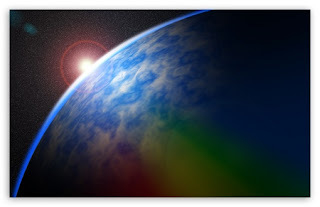 A few hours’ worth of watching was more than enough to convince Cas that when it came to Imperians, what they really excelled at, beyond technology and exploration, was deluding themselves.

He skipped from documentary to history to visual encyclopedia, and gradually a consensus picture began to emerge. This was a group of people who had landed on one of the most hospitable planets in the system, rendered briefly challenging by a volcanic explosion. They had retained all of the original technology they came with, and thanks to a philosophy of selfish technocratic advantage, had transformed a society meant to be democratic and socialist into a hereditary monarchy.

Hell, they hadn’t even called the planet “Imperia” at first! It had been Gander, from the ancient Earth phrase “Take a gander at that.” Only after they’d firmly set their sites on conquest had the rulers changed the name. And conquest was the only word for it.

Imperia had been first to the game when it came to trade, to technology, to weapons. Now they were very carefully controlling every other planet’s access to the same, whether it was through diplomatic missions, technological “assistance,” or covert operations. They weren’t interested in peace between Leelangers and Delacoeurian transplants for the benefit of either of the original players—they wanted peace because it meant a more stable regime with which to pursue their own, generally self-serving goals.

Beware the outstretched hand, Cas thought bitterly, remembering his aunt’s saying. For it will strike you dead as soon as offer aid.

A sudden shift in the ambient noise of the ship knocked him out of his darkening mood. A hum started up, barely detectable at first, but growing with every second. What was happening?

Oh…oh, of course. Okay, sure. It had engines that needed to be prepped, of course. That was all it was. Of course.

Really, though, how was it possible that these things ever made it off the ground? They were so big, so ungainly. Powerful fuels aside, it seemed improbable that they worked as well as they seemed to.

Maybe they didn’t. Maybe some of the time they failed. Maybe this time would fail as well. Cas pictured it in his mind, the bulky spaceship rising slowly into the air, then faltering, its engines flickering before it crashed down to the ground again. Or worse—maybe they’d make it into space and then something would blow, a fatal error, only this time instead of crashing to the ground they would atomize in space. Cas could be dead before he’d even begun to realize his revenge.

Before he knew it, Cas was hyperventilating. He closed his eyes and tried to control it, whispered the names of his family and friends over and over again to draw strength from, but none of it helped. He was barely in control of the phage now. It felt childish—it was childish—but Cas pulled his knees up against his chest, wrapped his arms around them, and tucked his face tightly against them. The rumble grew more pronounced, and his breathing became more labored. His heart felt like it might fly right through his chest.

He didn’t even notice when the lights brightened, but he did feel the strong, soothing hands that settled on his shoulders and gave him a gentle squeeze. “Hey,” Rone said, more gentleness in his voice that Cas deserved. “It’s all right.”

It wasn’t. He was behaving like a child, he was jeopardizing his mission, he was causing the man he needed to trust him to hemorrhage respect for him instead. To his shame, he just whimpered.

“’M sorry,” Cas gasped, and was startled when Rone pulled him forward into a hug.

“No, I’m sorry. I should have figured that this wouldn’t be easy for you when you’ve never even been on a ship before, much less off planet. It’s all right to be afraid.”

It wasn’t, but he had no way of knowing that. Cas was supposed to be strong—always, always strong—but right now he was pretending to be Beren. Beren wouldn’t be ashamed of needing a little extra help. He would welcome his husband’s touch, his calming presence.

Cas felt better already, in fact. He unwound himself just enough to return the hug, looping his arms around Rone’s broad chest. “I’ll get used to it. I’ll be fine.”

“I know you will,” Rone said easily, and that unexpected validation actually helped Cas calm down even more. “There are simulators on board if you want to practice getting accustomed to the sensation. Or you can just wait it out—with all the traveling you’re going to be doing, you’ll be an old hand at this in no time.”

The promise of travel was good. Cas would need to be able to move around freely if he was going to find everyone he needed to. His breathing finally eased back down to its normal register, and once he was sure his face was in place, he lifted it up and looked at Rone.

He didn’t mean for his breath to catch. Would he ever get used to the man’s face, and the way someone that didn’t look built for tender could still encapsulate it so perfectly? Don’t get any more dependent than you already are, he reminded his stupid heart. “Thank you,” he managed before looking down again.

“It’s my pleasure.” The ship shifted again beneath them, and Cas inhaled sharply. “That’s the landing gear beginning to retract. We’re getting ready to head out.”

“Do you need to be in the…” What was it called? “Command center for that?”

“Commander Darven is handling takeoff this time. Would you like to watch? Not with the command crew on the bridge,” Rone amended immediately when he saw Cas’s apprehension come zooming right back. “Right here, from our room.”

Rone pointed to the round window that Cas had darkened. “My quarters are some of the only ones on the ship that have a viewport. I like to watch the stars sometime. Today, though, I figured you might want to say goodbye to Leelinge.”

“Yeah, I agree completely. So.” He pulled back a little and held out a hand. “Are you up for it?”

Was he? On the one hand, he kind of wanted to stay nestled here and enjoy the illusion of safety for a while longer. On the other hand, if things went well he would never. Ever. Have to come back to this awful fucking place again. It might be worth watching it vanish from view. “I’m up for it.” He let Rone help him up, then lead him to the window.

“Yes, Captain Basinti.” The opaque sheen vanished a moment later, and Cas started when he realized they were already in the air.

“That field down there was where we made our camp,” Rone said casually, still holding on to Cas’s hand. It was becoming smaller and smaller, and a moment later was lost beneath dark grey clouds. Cas tensed anew.

Cas took a deep breath and nodded, concentrating on the feel of his husband’s hand. His grip was strong, with long fingers and a wide palm. He would have made a good cavern climber, if his body hadn’t been so bulky. But then, if he’d been born a Delacoeurian, he wouldn’t have had enough food to maintain that kind of bulk. He was warm, always warm, and Cas felt the basal phage, the part that wasn’t actively involved in disguising him right now, actually pull toward Rone’s warmth like he was magnetic.

Cas swayed, shocked. The phage had never done anything like that before, never acted beyond his control once he’d assimilated it. Rone mistook his movement.

“Here.” He put an arm around Cas’s shoulders, spreading the warmth, and the phage seemed to purr from within his heart. “We’re almost…aha. There.”

In the space of a moment they were beyond Leelinge’s atmosphere. The planet arced brown and white before his eyes, with specks of blue here and there. Cas felt lightheaded, and this time he genuinely didn’t know what to blame it on.