Notes: A move, a countermove. The subtle chess game of catching a liar has begun. 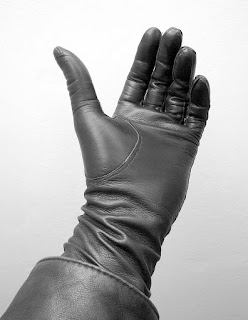 Cas didn’t startle at the abrupt change of subject, but it was a near thing. “Right now?”

“They’re the ones who’ll be able to implant the identification chip in your arm.” Rone smiled and tugged the edge of Cas’s badge. “No more lanyard. Plus we need to clear up the bloodwork issue, and the sooner, the better. Otherwise the entire ship can be stopped from landing on Imperia.”

“Oh.” Well, fucking damn it all to hell.

No. You can do this. You’ve done it before, and it’ll go better now. You’re rested, you’re fed, you’re already in space—what are they going to do, turn the ship around and drop you back off on Leelinge if you don’t pass it? But he had to pass it. Everything else depended on it. “Sure, let’s get it done.”

And watching, no doubt. Cas felt confident that Rone was a good man. He just wasn’t sure what else he was. A captain of a ship with a crew, a member of the royal family, however illegitimate. Was he a fair man, though? Did he value justice more, or honesty? These were things that Cas needed time to find out, time to incorporate into his strategies. And to get that time, he needed to be Beren through and through. There could be no doubt in Rone’s mind that he was who he said he was, or the game plan would become very different, very quickly. “That’s reassuring.” Cas smiled for him. “Lead the way.”

Medical wasn’t far, like Private Fillie had indicated. It took up the entirety of the hallway directly adjacent to this one, and was staffed by four people, all of whom looked equally bored. The doctor in charge of the whole thing—or so Cas assumed, given the tassels on the man’s red uniform—greeted them with way more enthusiasm than a little blood-draw merited. “Captain! Congratulations on your nuptials, sir. Everyone in the medical ward was very pleased to hear the announcement.”

“Thank you, Doctor Weiss. This is my husband, Beren Farling Basinti.”

Doctor Weiss held out a hand, his round face fixed with a pleasant expression. “Pleased to meet you.”

He’s wearing a glove. He’s a doctor, so not surprising if he’s seeing a patient or handling samples, but there’s nothing like that in sight. Everyone here is at loose ends—no active patient cases visible, nor any labwork being done. He was waiting for us. The glove is thicker than the Imperian norm, not a piece of formal attire, not a known medical device—custom made? Does he have a condition that merits such precautions? No issues on visible exposed skin, and how could a germaphobe be a doctor? The glove is a device. The glove will be the first test.

It took just a split-second to evaluate the situation and determine what was really going on, and with a silent effort, Cas willed the phage out of his hand, leaving behind a slightly paler, weaker appendage, but not so different that anyone other than him would notice. He extended his hand for the shake. “It’s a pleasure to meet you as well.” And—there. A faint scratch across the back of his hand, so minute that if he hadn’t been expecting it, he wouldn’t have felt it at all. There was no blood—just a tiny little tissue sample. Clever.

Doctor Weiss took his hand back and turned to the nearest table. “Please, have a seat. This shouldn’t take long at all.”

“Great, thank you.” Cas got up on the table, and was a little surprised when Rone settled in right next to him. Between the two of them Cas was a little surprised the fragile-looking thing didn’t topple over—Rone was a big man. It didn’t even shiver, though. I need to learn more about how they build, what their materials are, and how to break them.

He watched the doctor out of the corner of his eye, saw him carefully lay his palm down flat on the table beside the bed for a moment before reaching for the instrument he’d set there. I knew it.

“So, do you use needles?” Cas asked, wanting to get either or both of the other men talking instead of focusing on him. He needed to get the phage out of where they were going to poke, and fast. It was harder to clean the blood—bits and pieces tended to linger if he pulled too fast. “Because I’m—I don’t do so well with needles, and that’s what they used down in the camp, and—”

“What?” Doctor Weiss turned toward him, perplexed. “Needles are generally a last resort, we use micro-syringe technology. Who used a needle on you down there?”

“The medic who took my blood the first time.” Cas did his best to project total innocence. It helped that what he had to say was true. “She said that you’d run out of the other kind.”

Doctor Weiss’s lips thinned. “Did she indeed?” He gestured to the three other people in the room, all working on the other side of it but just as clearly invested in listening in. “Is the woman who assisted you down there in the room right now?”

“Yeah. That lady over there.” He pointed at the one with dark hair braided into a neat coronet around her head.

Cas felt more than saw Rone’s sudden interest. There was something at work here that he didn’t understand… “It was fine,” he said, doing his Beren-best to smooth things over. “Needles aren’t that bad. I mean, I don’t like them, but it’s not like any doctor I ever knew used anything else.”

“Hmph. We consider them useful in emergency situations only,” Doctor Weiss replied, finally looking away from his nurse, who seemed…alert, but still calm. Whatever the politics underlying her actions were, she wasn’t concerned enough to start making excuses or getting out of there. Maybe it was just good, old-fashioned xenophobia.

God knows I’ve got plenty of experience with that.

“Well. Back to the task at hand.” Doctor Weiss picked up the instrument, shaped a bit too much like a gun for Cas to be completely comfortable with it. “This is a micro-syringe. It can both deliver the microchip you need and take the blood we require. I’ll simply press it into the skin of your wrist, and five seconds later the exchange will be done. It analyzes the blood within two minutes, so you’ll be finished before you know it.”

“That sounds a lot better.”

Doctor Weiss smiled. “I thought it might. Now, which is your dominant hand?”

“Then that’s the one we’ll chip. Please draw back your sleeve a bit.”

Cas did so, slowly, evincing reluctance while focusing his intensity inward, onto the phage. Up, up… He felt if crawl up his arm, pooling in his elbow. Some there, some there—no, all of it, it all had to go…

Cas blinked and looked at Rone. “Yes, sorry. I’m sorry, it’s fine.” He finished with his sleeve. “Go ahead,” he said, then held his breath.

“You really don’t have to worry,” Doctor Weiss told him, readying the device above his wrist. “I doubt you’ll feel a thing.”

“Sounds good.” He leaned a little into Rone anyway, and bit his lip as the doctor pulled the trigger. Rone stroked the back of his neck, almost disrupting his careful concentration, but then—

“And done!” Doctor Weiss pulled the machine back on the table. “Now we just wait a bit to see what results pop up, and we can test the microchip in the meantime.” He picked up an electronic reader and closed the open file on it, then held it out toward Cas. “Swipe your wrist over this.”

“It reads you, good. Now for more specifics.” He pulled up a diagnostic program and said, “Engage signal analysis.” The pad beeped. “Now swipe your wrist again.”

“That…” Cas had to say it. “Is amazing. It can tell all that about me, just by swiping my wrist?”

He needed to know more. “What if there’s an emergency? How does the chip prevent me from getting trapped?”

Rone frowned. “What do you mean?”

“I mean, what if I was in a place that became…dangerous, and I had to leave it, but the only way to get out was through a place I wasn’t allowed to go?”

“That’s a very specific concern,” Doctor Weiss commented. He sounded a little suspicious. It was time to do some damage control.

“I just—I’m used to living underground, in caves. There were—sometimes, things would collapse. We had emergency exits built into every room, every building, every tunnel. What if that happens here? How would I get out?”

Cas saw the knowing look pass between the two men and smiled internally. Bought it. “In case of emergencies, the AI bypasses microchip security to allow people to get to where they need to go,” Rone explained. “If the AI is malfunctioning, then most doors can be forced. It sets an alarm off, but if it’s a real emergency then that doesn’t matter.”

“Ah.” Interesting. I might have to engineer a few real emergencies to get where I need to go, then.

The micro-syringe beeped. “And there are your results!” Doctor Weiss picked the device up and engaged the screen on the side of it. “And…all seems to be well. No contamination of any kind. You’re healthy.”

“It is,” Rone agreed. “Let’s go get something to eat, then I’ll escort you back to our room before I return to duty. Sound good?”

“Sounds perfect.” They got up to leave, and Cas felt not only Doctor Weiss’s benevolent gaze, but also Nurse Galway watching them. The nurse would merit some more attention.

In the meantime, he had data on his fellow refugees to get from Fillie. It was time to go traitor-hunting.
Posted by Cari Z at 7:04 AM