Notes: Have some happy married person sex! I mean, it's a flashback, but it's still nice. Also, plot. 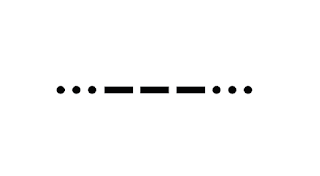 
Jonah’s call was late. Garrett let it go for a while, but after an hour, he called Jonah’s personal comm. No reply, just the message machine. Then he tried the house, but apparently the power had been out. So, a storm? The colony was shielding, interfering with the comm arrays? Garrett tried the comm on Jonah’s ship just to check, but instead of a blank signal, he got a steady dot dot dot-dash dash dash-dot dot dot: the SOS call signal, a universal cry for help. That could mean a lot of things, though; it wasn’t necessarily that the ship was disabled. He tried Jezria Dowd, an old friend and Pandora’s former governor, and again got nothing.


What the fuck was going on?


Three hours and two hacked Federation comm satellites later, and Garrett finally managed to bring up a broad energy signature for Pandora. If there was a bad storm, then he should be seeing almost nothing of the colony itself, and maybe a dozen personal ship docked at the tiny space station above the planet. Instead he saw…


Garrett blinked, then counted again. Almost thirty mid-sized energy signatures, all of them active, none of them big enough to be the space station. Which meant that there was no space station. Pandora’s Eye, it had been called. Well, now it looked like Pandora was blind.


Garrett was dimly aware of his heart rate increasing, but he ignored his sympathetic nervous system’s response to his unacknowledged stress and kept looking at the energy signatures, searching for anything that would serve to identify the ships milling around above the colony. He read streams of data that could only be live fire, most of it seeming to splash off the barrier below. Pandora City was equipped with an energy shield that could hold off the worst storms the planet had to offer. If there had been time, one of the engineers could have modified it to reflect, or at least reduce, the impact of the plasma fire. If Garrett had been there, he could have done it in under ten minutes. If he’d been there.

“You could come with me.” Jonah’s hand stroked Garrett’s arm with absent tenderness as they lay together in bed. Touching Garrett like this was unconscious for Jonah, something he didn’t even think about before doing. Garrett thought about it, though. He felt every brush, catalogued every kiss and hoarded them like credits. He didn’t mention it to Jonah, in case it made his husband self-conscious, but it was one of his favorite things about him. Expressing his love came so easily to Jonah, it made it that much harder for Garrett to disappoint him.


“I can’t. I’m sorry,” and he genuinely was, “but with the election coming up, I really have to be here.”


Jonah sighed. “You’re not even runnin’ for office, you get that, right?”


“I know, but I might be able to tone down some of the violent rhetoric, and all this stupid business about not being able to vote if you don’t have an implant. It’s a last-ditch effort by the Central contingent to disenfranchise colony voters who can’t afford embedded implants, and I’m not going to let—”


Jonah laughed. “Oh my lord, I know, darlin’. I know. I’ve been hearin’ you talk about it for months now.”


“I’ll miss you too.” He would. Garrett could barely breathe when he thought about it, being separated from his husband for months at a time. He was on the verge of asking Jonah to stay, but that wasn’t fair. Jonah wanted to be useful, and running much-needed supplies out to Pandora did that for him. Garrett had been selfish with their lives for long enough. He could let someone else have their way.


Garrett rolled on top of his husband, straddling his waist and grinding his ass down against Jonah’s groin. It had barely been ten minutes since they’d finished their last round, but he felt Jonah’s soft, sticky cock begin to thicken against his bare skin.


“Darlin’,” Jonah groaned, moving his hands to Garrett’s waist and stroking his sides. “You tryin’ to kill me?”


“I’m just making sure I give you some fond memories,” Garrett said lightly, but he kept moving, rubbing up against Jonah and getting both of them hard again, fast. He leaned in for a kiss that quickly went from sweet to hot, soft lips to clashing tongues. “And something to look forward to returning to,” he gasped when they separated for a moment.


“You could never fuck me again and I’d still look forward to comin’ back to you every time,” Jonah groaned. “Don’t mean you can’t fuck me now, though,” he added, and Garrett reached back and positioned him at his entrance. “Darlin’, wait—”


“It’s fine,” Garrett assured him. “I’m still good from last time, I’m good. I want it like this.” The penetration stung a little, but he was still relaxed and slick inside, and too soon he sat flush to his husband’s hips, moaning, rocking back and forth as he took Jonah as deep as he could.


“Sweetheart.” Jonah leaned up on one hand and pulled Garrett into a kiss. Their whole torsos were flush together now, Garrett’s cock pressed tight to Jonah’s stomach. “This what you need?”


Garrett nodded jerkily. “Yeah.” This and more, every day for the rest of forever. Garrett had long ago come to terms with his greed when it came to his family, but Jonah had a way of making that vice seem like a virtue, because he was so happy to give Garrett everything he could. Their life together, their son, every hope that Garrett had for the future: all wrapped up in the generosity of this one, single person. It made being less honorable than Jonah bearable, when Garrett knew he was wanted anyway. “Like this.”


They shifted so Jonah could lean against the wall, which Garrett softened with a quick touch to the control panel. He barely moved, just enveloped Jonah like if he tried hard enough he could subsume him, and Jonah held him tight, hitching his hips just enough to give them some friction. It was slow, drawn-out and delicious, the sort of sex Garrett hadn’t even known he could have until he met Jonah. It was less about the heat and spark of getting off fast and more about being close, joyful with and in each other, a long goodbye for their minds and hearts.


Jonah finally came with a hitching sigh, and Garrett leaned back just far enough to slide his hand between them and stroke himself off. They moved flat onto the bed again, and Garrett shut his eyes and soaked in the perfection of how he felt right now. He’d need to recall the feeling a lot over the next few months.

Garrett couldn’t remember whether he’d said it back or not. He could remember everything else about that night with perfect clarity, but he couldn’t remember saying “I love you.” Not that Jonah didn’t know, of course he knew, but still…


An incoming comm drew him out of his fugue. Garrett blinked and accessed the call. “Claudia?”


Miles?  “What are you talking about?”


“He got an emergency message from Federation Central Command calling him to report in! They sent a ship to take him down to Olympus―he left five minutes ago. The message didn’t explain anything, not a damn thing, just said he had to show up or risk court-martial.”


Garrett frowned. “They can’t court-martial him, he isn’t active duty.”


“Could that be changing?” Claudia asked tentatively.


“I don’t―” See how, he wanted to finish, but all of a sudden Garrett could see exactly how his father’s duty status might be changing. “Call your aides on-planet,” Garrett told his father’s wife. “Get them to the command office as fast as possible, so Miles has some backup on site. Get them started on filing a public records request for everything that’s happening to Miles right now, and get them in touch with the legal team. We need to get everything that’s going on into the public sphere, and we need the reveal to be as fast as possible.”


“Is it President Alexander?” Claudia didn’t wait for him to reply. “It is; it has to be. He’s making his move now, before the election. He’s getting Miles out of the way somehow.”


“And I think I know where he’s sending him,” Garrett muttered, staring balefully at the energy signatures swanning through space over Pandora. “You and the girls should get away from here.”


“Where would we go? Where’s out of Alexander’s reach? And I’m not going anywhere until I know what’s happening with Miles.”


“Fair enough.” For a moment Garrett’s throat ached with the urge to tell Claudia what was happening over Pandora, to share his suspicions with a sympathetic ear. Now wasn’t the time for dwelling on potentials, though. Garrett needed more information, and fast. “I’ll contact you as soon as I know something, all right?”


“I’m always here for you. You’re family.” He ended the call, then started another one.


There was still one member of his family he hadn’t talked to, and Garrett wouldn’t be able to focus on anything else without knowing Cody was safe. If what he thought was happening was verified, then the Academy wouldn’t be safe enough.


He needed to pull Cody out now, before it was too late.