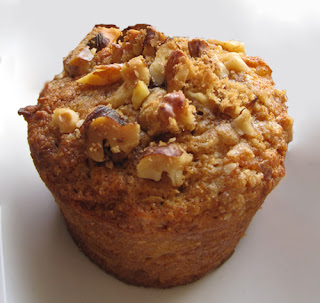 Cody woke up to the acrid smell of something that probably wasn’t supposed to be able to catch on fire bursting into flame. A second later the fire alarm began to sound. It said something about Cody’s adaptability over the past year that all he did was grab Ten’s abandoned pillow and press it over his face.


“It’s too early for this,” Cody mumbled. There was no way Ten had heard him over the sound of the alarm, but there was also very little chance ze’d care about waking Cody up, under the circumstances. After all, “sacrifices have to be made for science, if it was easy any idiot could do it!” was Ten’s motto.


Their door banged open. “What the hell, Ten?” Ah, Darrel was up.


“You think anyone on our entire floor can sleep through the noise? I thought you had official lab space this year!”


“Yes, one tiny cubicle of a lab surrounded by people who have no idea of the concept of privacy and keep interrupting my work. Like I can get anything important done there.”


“They sound a lot like your kind of people, actually.” Darrel raised his voice. “I swear, Ten, if you don’t shut this noise off, I’m going to—” Whatever he was going to do was drowned out by the sudden whistling fizz of a fire suppression system going off.


A second later the alarm shut off. Nobody said anything, which was weird enough that Cody poked his head out from under the pillow and took a peek.


Ten’s recessed lab space—a reclaimed section of closet that ze’d convinced Cody neither of them needed—was coated from top to bottom in the neon orange foam that the suppression system in the ceiling had let loose with. Unfortunately, both Ten and Darrel had been in the path of it, and were covered from the tops of their heads to the center of their chests in the same foam.


“What? So I started a little fire, so what? It’s out now, no harm done, and I’ve learned some very interesting things about the properties of this particular formula.”


“Such as?” Darrel asked acidly.


“Such as its volatility is more easily expressed than my initial hypothesis suggested, and while it has a lot of redeeming factors statistically speaking, I’m not comfortable potentially injecting my cell lines with a substance that might set them on fire, much less an actual person.” Ten sniffed. “See? This is me being careful, take note of that.”


“I’ll take note of the fact that we’re supposed to be in class in hirty minutes and you just set all of us back thanks to your little science experiment.”


“Little? It’s not little, it’s huge, this could change the entire field of medicine and also, testy much? Honestly, what’s made you so angry this week?” Ten’s tone turned speculative. “Could it have something to do with the fact that you’re sleep deprived due to taking almost double the normal course load thanks to splitting your time between command and linguist tracks? Which is a stupid thing to do, by the way. Any moron could see that you’re much better suited for the linguist track.”


“You’re taking more than double the normal course load. You have no room to criticize me.”


“I’m a genius insomniac egomaniac, I can handle all those classes and get through the tests and practicals with my eyes closed.” Ten sounded frustrated, and Cody knew why. This was hir way of trying to be supportive, as incredible as that seemed, but Darrel had refused to be comforted by anyone since they got back from Perelan, even Grennson. He’d had a meeting with his mother and grandparents, and in the space of an hour they’d said something to him that had affected him, badly enough that he’d added the command track classes. They were all curious about what had happened, and why, but the only person likely to get the truth out of Darrel anytime soon was Grennson. That didn’t mean Ten wouldn’t stop trying, though, so Cody sighed and sat up in the interest of heading off a fight.


“We have to leave soon. You guys should shower.”


Darrel rolled his eyes, turned and stalked out of their room. Now that the scent of burning had mostly been carried away by the ventilation system, Cody could smell the savory spice of Grennson’s muffins in the kitchen. Those were definitely worth getting up for.


He and Ten stared at each other for a moment, silent and assessing. Ten looked wary, and slightly haughty, even covered in orange foam. They’d already had an argument about Ten’s extra projects since getting back, Ten unusually adamant about pursuing the one ze’d set up in their room. Cody wasn’t interested in bringing it up again. “You can autoclave that, right?” he asked, pointing at the tiny lab space.


“Of course I can.” It was subtle, but he could hear the relief in Ten’s voice. Funny—Cody was the one who usually went out of his way to avoid confrontation. This project was keeping Ten strangely on edge, though. “And I totally will, I have nanotech embedded in the walls and it’ll shunt everything outside of the beakers into the tower’s waste system.” The fact that the four of them were together again this year, somehow wrangling a quad on the bottom floor of Apollo Tower, was nothing short of a miracle. Cody sensed the guiding hand of Admiral Liang in the arrangement, but he wasn’t about to question it too hard.


“That’s really all you have to say about this?”


“Why, do you want me to scold you?” Cody raised an eyebrow and grinned suggestively. “’Cause I can do that, but I really didn’t think you were into that sort of thing.”


“I’m not much into the concept of foreplay, but verbal stimulation could be something we should try to incorporate into our sex in the interest of covering all potential avenues of getting off.”


“So sexy,” Cody deadpanned. “Oh baby, tell me more about the techniques we need to incorporate into the satisfaction of our biological and emotional urges, it’s such a turn on.”


Ten blinked. “If I weren’t covered in foam I’d jump you right now.”


Ten grinned. “True.” Ze grabbed a change of clothes off hir bed—it had become their unofficial extra storage space since losing the closet and deciding they’d rather sleep together anyway—and headed into the bathroom. Cody got up, pulled on fresh clothes and headed straight out into the common room. Their tiny kitchenette was on the right, and Grennson was just pulling fluffy muffins out of their antique oven. Not many people knew how to use the old technology when it came to baking, but Grennson was a purist about his food, even the stuff that wasn’t Perel in origin.


“Hey.” Cody came up beside him and inhaled deeply. “Those smell amazing.”


“Thank you. They are my father Jason’s recipe.”


“He would occasionally long for human food during his time on Perelan, and Ferran learned how to make all of his favorites for when Jason was too busy to do it himself.” Grennson continued like Cody hadn’t spoken at all. “I learned the same. These should be eaten with butter.”


“Like homesick?” They’d just left Perelan a few weeks ago, after all. Cody would understand if Grennson was unhappy with the separation. They’d managed a brief rendezvous with Jonah on the way back, with Cody’s dad on a supply run to Pandora, but Jason and Ferran had been recalled to Perelan immediately after dropping them off at the Academy. Grennson was an empath, sensitive to the people around him, and especially his family.


To Cody’s surprise, he shook his head. “This is more generalized. More pervasive. Something is different about the Academy this year, Cody. There is a sense of expectation in our instructors, something that isn’t necessarily good. It feels like people are bracing themselves, but they don’t know what for.”


“Do you think it has to do with the election?” The Federation’s five-year election was being held this term, and every media outlet was already blistering with attacks on every candidate. Ads were being run for politicians not even from this planet—it didn’t make any sense to Cody. Pandora was a small colony, and elections had been simple, fast and never contested. Seeing the circus the Central System made of them was exhausting.


“Even those don’t always go uncontested, though.” Grennson’s own adopted father was proof of that. Ferran was officially his mother Grenn’s heir, even though he was biologically male. He would be the first male House ruler in tens of thousands of years.


“No, but they aren’t so pervasive, either.” Grennson shrugged, a human quirk he’d picked up over the years. “I hope that’s all it is. I can bear it either way.”


“Good. If you need help, let me know.” Cody cast a hopeful look at the muffins. “Can I have one of those now?”


Bad feelings or no, crazy science experiments and packed schedules or not, Cody was excited for the new year. He had his friends with him, his family was healthy and happy, and he had recovered really well from the environmental challenges of Perelan. As far as he was concerned, everything was off to a perfect start.


Last year’s awfulness had been an anomaly. This year was going to be better. How could it not be?
Posted by Cari Z at 11:13 AM