Notes: New chapter, a little longer, yay! Back to Cody. Poor kid, he's not having an easy time. This could lead to bad decisions. Hmm... 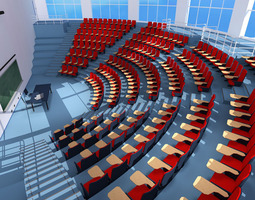 There was nothing as mortifying as being called out of a class at the Academy.


Being kicked out of a class was one thing; at least when that happened, you knew why. Cody hadn’t personally been kicked out of any of his classes so far, but Ten had a running tally from the year before that was getting close to three digits. It was almost a point of pride with hir, the ability to completely annoy, disrupt and otherwise harass hir instructors into throwing hir out of class, and then acing every test, quiz, and lab that came up. Ten’s attendance wasn’t an issue, because ze always showed up, even if ze didn’t end up staying long.


Being called out of a class, though…that meant something was really wrong. Either you’d been caught for something so awful Admiral Liang refused to wait until you were done with class to address it, or something had happened to someone else and informing you shouldn’t be put off. Cody hadn’t been the one to set their room on fire that morning, and so as soon as Hermes spoke through the implant in his head, it felt like the bottom dropped out of his stomach.


Oh, no. “What’s this about, Hermes?” After months of practice, Cody had finally gotten the hang of communicating with the Academy’s built-in AI system without speaking aloud.


“The Admiral can explain things to you. Please proceed directly to his office. Your instructor has already been informed.”


Well, that tore it. Cody fumbled his bag closed and walked down to the exit, careful not to make eye contact with any of the other students. His instructor glanced his way and nodded, then resolutely turned back to the rest of the class to continue the lecture.


Cody’s legs were shaking so hard he could barely walk. He wanted to run, he wanted to teleport to the admin building so he could get the news right now. Nothing was worse than hanging in limbo, not when there were so many things that could have gone wrong. Had Ten had an accident in the lab? Was it one of his dads? Was it one of his cousins? Shit, if something had happened to one of the girls Cody was going to lose it.


He made it to the administrative headquarters in a little under three minutes, which felt like a lifetime of hearing nothing but the frantic beat of his own heart reverberate through his ears. His legs finally picked up the pace as he entered the building, and by the time he got to Admiral Liang’s office Cody had worked himself up to a sprint.


Chief Jessup stood outside the door, and latched on to Cody’s arm before he could power his way through. “Slow down, Cadet.” The compassion in his flinty eyes was almost enough to make Cody faint.


“He’s setting up a secure call. It’ll just take another minute or two.”


The door opened before Cody annoyed Chief Jessup so bad he threw him in the brig. “A call to your father,” Admiral Liang said as he stood aside, ushering Cody into his office. It was a big, impressive room, the walls covered with moving holos of different battles and ships, the floor sumptuously carpeted in the blue and gold of the Academy, and the furniture real, dark wood. Cody had never been less interested in his surroundings in all his life. “Your stepfather,” Admiral Liang clarified, and Cody’s breath suddenly came a bit easier. Garrett could handle anything. No matter what was going on, he’d know what to do.


“The comm is already set up at my desk, just press your finger to verify. Visual and audio, and none of this is being recorded.” He gently patted Cody’s shoulder, then turned and left as quiet as a whisper.


Cody sat down in the admiral’s chair. It felt huge, so much bigger than him, just like the desk and the office and the news he was about to get. He sat down, pressed his index finger to the ID pad and waited for it to identify his print, blood type and vitals, and then the holo sprang into existence above the desk. It was Garrett, and Cody felt himself slump with desperate relief. It only lasted a moment, though. Garrett looked…


Terrible. He looked like he’d been running wind sprints for hours, pale and exhausted, visibly ill. Cody had never seen him look this bad: not when Miles had been caught in an explosion, not even when Garrett had lost his eyes in a lab accident. His hair was a mess, his clothes were rumpled despite being made of cloth that was supposed to be impossible to wrinkle, and he wasn’t smiling. He always smiled for Cody, even if he followed it up with hard news. That could only mean one thing.


“Garrett?” Cody’s voice sounded weak to his ears, but he couldn’t make himself care. “What happened to Dad?”


“I don’t know for sure.” His voice was gravelly with fatigue and fear. “He made it to Pandora fine, but the colony has just come under attack.”


Cody shut his eyes and bit the inside of his cheek so hard it began to bleed. “Pirates?” he forced out.


Garrett scoffed. “This is no act of piracy. Pirates don’t persist in wasting energy against an ion shield. They wouldn’t have demolished the Eye, either; they’d have boarded it and taken it apart to sell or trade. This is an attack that’s supposed to make everyone think pirates, when nothing could be further from the truth.”


“Because it’s political. It keeps coming back to that, with Alexander in charge. All of the attacks on Fringe planets have been curious moves for pirates, and going after a colony as large and well-affiliated as Pandora would be suicide for a pirate ship, much less a fleet of ships numerous enough to track, which is what I’m seeing. This is President Alexander moving the focus around and hurting his opponents in the process.”


“No, you mean you specifically,” Cody bit out, his worry manifesting as anger at the only person he had to take it out on right now. “He’s going after Pandora because of you. Because it’s important to you and Dad and he knew Dad would be there, didn’t he?”


Garrett didn’t shrink away from the accusation. “Probably. But that’s not the most important thing right now.”


“What’s more important than Dad?” Cody demanded. “What could ever be more important to you than him? You should be more worried about him, what the hell is wrong with you? Do you even know if—”


Garrett actually slapped his hand down on the table in front of him, a display of temper so rare that Cody’s mouth slammed shut in shock. “Listen to me. The colony is cut off. The ship is broadcasting an SOS. Jonah was supposed to be taking Lacey for a flying lesson, so he wasn’t in the Box when the attack happened. He could have been targeted anyway, he could have run into trouble with a storm, he could be fine and seeking shelter. I don’t know, Cody. No one knows, and until I can learn more I have to deal with the rest of this fucking mess. That means making sure you’re out of the line of fire.”


“No. No.” Garrett rubbed a hand over his face. “You’re the most important thing to me right now, Cody. Do you understand? I need to ensure your safety. I’m sending a ship to pick you up and take you to a safe place until it blows over.”


“Cody, the fleet is being mobilized to deal with this ‘pirate’ threat as a training op. Do you know what that means? It means that President Alexander is going to present this situation as an opportunity for cadets to get some experience in a real, largely secure altercation. He’s going to call people up, and I’m almost positive you and the rest of your quad will be called. And you’ll be put on a ship, maybe the ship that Miles is being reinstated on―” Garrett’s mouth twisted bitterly “―and put in the very front of the fleet, and when the firefight begins, your ship will be the only one lost. You’re going to be sent out to die, Cody, and I’m not going to let that happen to you. My people are coming to you, and I want you to leave with them. Understand?”


Cody resisted the urge to shake his head. “What about my friends?”


“I’ll talk to Admiral Liang. Together we ought to be able to come up with a plan to shield them from harm.”


“Why can’t you just do that with me? I want to be part of the fleet!” The more he thought about it, the more the idea appealed. “I want to go to Pandora and look for Dad!”


“Out of the question. You’re leaving Olympus and coming back here.”


“I won’t be any safer with you.” Cody didn’t mean for it to come out quite so harsh, but he wasn’t sorry when Garrett winced. “You already said he’s targeting us because of you. That means he’ll be looking for this, and he’ll be watching for me to leave.”


“He can’t watch everything. I can get you to safety.”


“And I want your father here with me and my father safe in retirement again, but it looks like neither of us is getting our way!” Garrett shut his eyes for a moment. When he opened them again, he looked mostly calm. Cold, but calm. “I need you not to fight me on this. Please. I need you safe. Your dad would want you to be safe.”


Maybe that was true, but Cody didn’t feel like agreeing with Garrett right now. “My dad would want to know we cared enough about him to go after him. He’d do it for us.”


“My ship will be to you in five hours. By tomorrow morning, this incident will be all over the newsfeeds. You need to be out of there before that happens. Do you understand me?”


Fuck you. Cody wasn’t quite furious enough to say that to Garrett’s face, though. “Yes,” he gritted.


Fine. He needed to be out of here by tomorrow? He would be. And he’d be gone before Garrett’s ship ever got to him, too. There was another way to get to Pandora.


It was time to take Jack up on his offer to see the ‘verse, Drifter style.
Posted by Cari Z at 9:44 AM