Notes: On we go! Trust me, I know the timetable on this, we're looking at a novella, not a hundred thousand words, but I'm really, reeeeaally enjoying writing this. There may be more. Just puttin' that out there. Thanks for reading, darlins! 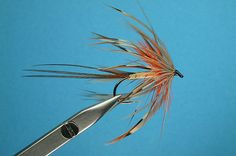 “What are your conditions?” Anton asked, keeping what he thought was an admirable outward calm, while inside his mind was racing. This man, this lumière, held the literal power of life and death over him. If he reported Anton to the Viscount’s guards, Anton could count on being arrested. If he changed his mind and decided to dispatch Anton at any point of the journey, well, what could he do about that? They shared a room, and Lord Lumière had the Emperor’s blessing to act with near-impunity. All he needed was probable cause, and Anton’s life was forfeit.


Be helpful. Be gracious. Charm him, he told himself. Anton had worked under enough powerful men that he knew how to soothe their egos. And, at times, his soothing had not stopped there. Anton’s genuine preference for his own sex, while not flaunted, was something he shared when he detected a mutual interest. The intimacy had never hurt him, and usually benefitted him. He resolutely refused to consider what his parents would have thought of him essentially whoring himself out for personal advancement, but such activity was safer when the other man had a higher position, and more to lose from a revelation.


Time would tell whether Lord Lumière was that sort of man; it was far too soon to say, and he was clever enough that Anton might never know. But he could not go wrong with remembering his manners.


“There are several: two minor, one major. First: you do what I ask of you, when I ask it, without complaint or question. I have no intention of using you for anything, but should the need arise I don’t want to waste time arguing. Two—”


“What if I find it morally objectionable?” Anton could have smacked himself for interrupting, but it was genuinely important to him.


Lord Lumière frowned. “Give me an example.”


“I would really rather not murder anyone.” Anton could defend himself when pressed—as he had been earlier in the day—but even then, he didn’t feel anything other than sick at the prospect of injuring another person. “Or harm them at all, unless we would otherwise lose our lives.”


“I think I can agree to that,” Lord Lumière said. “Anything else?”


Anton was sure there were other things, but perhaps he could bring them up later. “That’s the greatest of them. Please, proceed.”


The man smiled with just the corner of his mouth. “Very kind of you. The second minor caveat: you play your role to the hilt. If you are Consul Hasler, you are him continually, and our acquaintance must appear to be merely one of circumstance. That will not preclude your use of magic; Consul Hasler was known to be a thaumaturge, although his specialty was in designing and imbuing weaponry.”


Oh, dear. Then he’d likely been killed by his own knife. That was the worst, most shameful sort of end for any thaumaturge: to die caught in a spell of their own making. Many a good practitioner had lost their mind, their health and their life to a simple mistake, or attempting a spell that they weren’t properly prepared for. Anton bit his lip in sympathy.


“Hmm? Oh, yes,” he stammered after a moment. “Just thinking, that’s all. It’s nothing. What is the third thing?”


Lord Lumière clearly didn’t believe his attempt at levity, but he graciously let the odd moment pass. “The third, and major caveat: that you cast no spells on me, or use magical devices that directly affect my person, for any reason whatsoever.”


What a terribly odd request. Magic was…basic, a fundament of human existence. Priests worked magic, kings worked magic; everyone alive worked it, to some extent. Thaumaturges had discovered the rules of magic, ways to preserve it, increase it, and direct it, and they had a natural talent for its use. But Anton had never heard of anyone flat-out denying it before. “Nothing?”


Anton was utterly baffled. “Why on earth not?” Perhaps the man had an uncomfortable synaesthetic reaction to it? Such things were rare, but popped up on occasion. “Do you suffer from an allergy, or a phobia?”


“You’re rather blunt when in pursuit of knowledge, aren’t you, Mr. Seiber?”


That was not an amused tone. And the way he said Mr. Seiber let Anton know, unequivocally, that he was not in favor at the moment. He backtracked.


“It’s a bad habit of mine,” he explained, genuinely bashful but playing it up just a bit. “I apologize for overstepping the bounds of polite company. No spells, then. Done. And please,” he added, “call me Anton. At least when we’re in here. Mr. Seiber always makes me think of my father.” And that isn’t such a bad thing, but Anton couldn’t allow melancholia to run off with him now. He needed to stay sharp.


Lord Lumière nodded. “We have an accord, then. And you may call me Camille, if it suits you. But only, as you say, in here.” It was a surprising offer of familiarity, and Anton gratefully accepted.


“So,” he said, mustering some enthusiasm. The ache in his head was finally abating, but the hunger pangs emanating from his stomach made up for it. He hadn’t eaten since early that morning, a pitiful, stale croissant and a cup of weak tea. “What now, Camille?”


Camille pulled a dark grey pocket watch from the front of his vest. The metal was silver, with some sort of engraving decorating the surface of it, but it was so heavily tarnished that Anton couldn’t make it out. The state of the watch was a strange non-sequiter, for a man who appeared to take fastidious care with his appearance. “Soon it will be time for dinner. I recommend you arrive a bit early, so as to pass off to Consul Olivier what he’s seeking.”


Right. “About that…” Anton paused. “Um. I’m not actually sure what he said, to be perfectly honest.”


Camille’s moustache twitched. Anton decided to ignore the fact that he was being quietly laughed at. After a moment, the man said, “Benthic refers to the very deepest area of a body of water, and a cock hackle likely indicates an item adorned with feathers from a cock. I assume it’s some sort of fishing equipment.”


“Oh, that!” Anton delved back into Consul Hasler’s valise and emerged with the elaborate fly. “I was wondering why he’d included this in there,” he said. “It didn’t seem to fit.”


“Oh, other paraphernalia more fitting of a political advisor,” Anton said blithely. That wasn’t everything he’d found, of course—the palimpsest weighed on his mind, an energizing problem to be solved. He would tell Camille about it, of course he would, just…after he had discovered how to read it. If he couldn’t do so before they reached Zürich, he would hand it over with no regrets.


“Hmm.” Camille looked at him for a long moment, then nodded his head. “Very well. You’d best head out; tonight we’ll be seated at different tables, but I’ll rectify that situation tomorrow, just in case either of us has need of the other. Don’t forget, you are Consul Hasler: a rural thaumaturge related to the Duke of Liechtenstein, who is barely interested in politics and prefers the natural world above all others. You are here because strings were pulled to facilitate the potential advancement of your immediate family. Do you know anything about fishing?”


“No,” Anton admitted. “Does punting count?”


“I’m afraid not.” Camille shrugged slightly. “Well, do your best.”


On that heartening note, Anton headed out into the hallway and down to the dining car. There was already a bit of a line, but he politely bumped and jostled his way through the crowd as only an Englishman could. Waiters were already passing around drinks, and Anton ordered a scotch and soda and vowed it would be the only one that he drank tonight. He needed to keep his wits about him.


Other passengers weren’t nearly so circumspect. The entire trip was being paid for by the crown, and so the bar was hit hard accordingly. By the time Anton’s tablemates joined him, including Consul Olivier, they were all pleasantly tipsy.


Consul Olivier leaned over Anton’s shoulder and in close to his face, bathing his skin with gin fumes. “Willem! Wonderful, here you are, wonderful!”


“Here I am,” Anton agreed, angling back just slightly. He had never been fond of gin.


“And you have something for me, no? You brought it with you, of course.”


“Oh, of course.” Anton flourished the box containing the fly, then handed it over to a grabby-handed Olivier, who took it with an expression of pure glee.


“Marvelous!” He glanced inside and practically danced a jig then and there. “Look at that beauty! It’s a winner, no mistake! Willem, dear Willem!” He practically fell against Anton in his hurry to embrace him. “You are a man of your word.”


Anton awkwardly patted his shoulder. “I do try.” He looked up to see Camille smirking at him from four tables away; he glared at him as best he could while trying to keep Consul Olivier on his feet. Eventually the man stood, and Anton indicated his seat. “Sit, and tell me about what you plan to catch with it.”


“Oh, sir, let me set the stage.” Conversation devolved into a lengthy diatribe on a mountain lake, home of a rare species of pike that was the “canniest freshwater fish on the continent,” and therefore absolutely had to be captured and killed. The rest of their table carried the conversation along, which gave Anton a useful reprieve, and he listened and absorbed as much of their conversation as he could while devouring his salad, onion soup, creamy chicken piccata and sponge cake with gusto.


None too soon, the Train Master entered the room and rang a small crystal bell. Conversation quickly ceased, and all eyes were on Monsieur Cassan.


“If you have all finished, then please: his lordship requests your presence in the lounge car.” He bowed, and people began to rise.


Anton pressed unsteadily to his feet. His nerves were back full force. If he were to be discovered, if the Viscount realized that something was wrong—


A moment later a warm shoulder pressed briefly against his own. Anton glanced gratefully at Camille, and kept close to him as they continued on to meet the Viscount.
Posted by Cari Z at 9:57 AM