Notes: We're back to the story! The world is still a shitshow, but at least I'm not glued to Twitter. Enjoy some gents making plans ;) 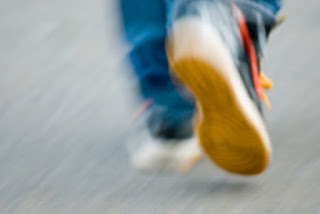 Oh my god, oh my god, oh my god… Johnny sprinted for the baseball field, his mind going a hundred times faster than his body. In a fucking hole in the ground, what the hell did that even mean? How had Charlie ended up in a hole? Why couldn’t he stand?

Johnny swiped through the list of knacks he continually updated in his mind before chancing on a useful one. Speed—minor speed, more like something you’d get as a boost in a video game than a genuinely useful knack, it let him go faster for ten seconds or so before the price it enacted came due. It was one of his least-favorite knacks because it always left him gasping, but screw it, he was going for it today. He focused, took a deeper breath than his already gasping lungs wanted to, then activated the knack and—

Zoomed for the next ten seconds, his stride so long that his feet barely seemed to hit the ground and shit, if he wasn’t careful he was going to go right past the baseball field and have to backtrack and if Charlie was watching, that would mean having some explaining to do and he did not want to—

The knack exhausted itself five feet from the edge of the enormous hole where home plate used to be. Johnny stumbled to a stop, bent over his aching legs and desperate for air. He forced himself to walk the rest of the way to the hole, though, looked over the edge, and—

Jesus Christ. There was Charlie, lying on his back and grinning like he’d just won the lottery. He was filthy too, covered in dirt and grass, and wasn’t that going to be a delight to load into Johnny’s car, but his grin was so genuine that Johnny couldn’t help but grin back between gasps.

“What…the…fuck?” he managed, and then Charlie was laughing like he had over the phone and it wasn’t manic or desperate or, god forbid, frightened, it was a sound of pure joy.

“Yes, exactly,” he said, pointing his hand at Johnny. “What the fuck, I know, that’s what I’ve been saying since this happened.”

Charlie’s eyes closed, and for a second he looked almost beatific. Filthy, but beatific. “I made a shield.”

“You made a…” Johnny looked at the scene in a whole new light. He’d been told this sort of thing could happen when he was learning to make his own shields, and had come close a few times, but he’d never managed this level of destruction. “Oh, wow. First time in a long time, huh?”

“It definitely did.” Charlie sat upright with a groan. “Don’t go making any refractory period jokes.”

“Me?” Johnny raised his hands. “No, nope, none of that juvenile behavior from me! Nothing about taking yourself in hand at last, or—actually, huh.” Now it was his turn to smile. “You cast a shield with just one hand? That’s great!”

“Not…exactly.” Charlie shrugged. “I was kneeling at the time.”

“So you cast a shield through your…legs?”

“More like my knee and my hand.” He described the scene, and all Johnny could think was What set you off, buddy?

Now wasn’t the time, though. “That’s so cool. Here.” He held out a hand, and after a second Charlie took it and let Johnny pull him out of the hole. “I’m not sure of the practical applications of dropping a knee every time you want to make a shield, but it’s still cool.”

“It’s better than nothing,” Charlie agreed, brushing some dirt out of his hair. By unspoken agreement, they moved over closer to the bleachers and Johnny handed over his bottle of water. Charlie used it on his face, then stripped off his shirt, turned it inside out, and put a little more on the cloth before wiping at his neck. Johnny forgot to breathe for a moment. Charlie had done it so casually, clearly not thinking about the picture he painted, a beautiful man covered in fresh bruises and old shrapnel scars. The scars sliced across his torso and back, a rough red cascade of them centered around his right shoulder. Johnny wondered if it still hurt much. He wondered if Charlie ever got massages, and if so…

Johnny cleared his throat, trying to get back on track, get the conversation going so Charlie wouldn’t realize he’d been leering like a perv. It was too late, though—Charlie had seen him staring, and his smile dropped away as his shoulders hunched. Shit, no, he’d gotten the wrong impression—the wrong wrong impression, damn it, this wasn’t how it was supposed to go. “I can—I have a jacket in my classroom, let me—”

“You can have mine. What made you cast the shield?” Johnny took his jacket off, resolutely keeping his eyes on Charlie’s face. He wasn’t going to make this any more awkward than he already had, god damn it.

“Um.” Charlie ducked his head as he maneuvered his way into the jacket. “Frustration with Principal Cross, actually.”

“That seems totally understandable. Tell me more while we head back to the car.” They’d already pushed their luck by staying at the scene of the crime, so to speak, for so long without someone coming by.

Charlie explained, and by the end of it Johnny was seeing red. “Are you…she can’t…funding priorities that were an issue, what, two decades ago, and now all of a sudden she’s decided it matters? What the fuck?”

“That’s not right! Euryale kids don’t even use that equipment, they will probably never use it again because no one in their right mind who comes here to teach dueling is going to show up short on gear. So Stheno kids have to suffer because of it?” Johnny twisted the key in the ignition so hard he was afraid he’d break it off, then rammed the shift into drive. “That’s bullshit.”

“And we can’t go back into Stheno high for another month, minimum, due to structural damage. I can’t even sneak in there, they’ve got all kinds of fancy safeguards set up, so I can’t retrieve our own gear. Shit. Shit.” He pressed too hard on the gas and the car jerked forward.

“I know. It’s bullshit, but Johnny…” A warm hand on his shoulder jolted Johnny out of his rage rant. “Let’s not get into another accident, okay?”

“Sorry. Right. Sorry.” He stopped at the parking lot entrance and took a deep breath. “But we can’t let this stand, you get that, right? The kids need to be able to practice, this is make or break for some of them when it comes to getting into the right branch of the military or getting the attention of a talent scout.”

“I know.” Charlie looked thoughtful. “I actually think I’ve got an idea for that.”

Charlie half-smiled. “Don’t you have other things to do tonight than solve my problems?”

“These are my kids, their problems are my problems.”

The smile became a full one. “Okay, then. Let’s head to my place and I’ll put you to work.”