The Tank: Chapter Six, Part One

Notes: This is a little on the short side today, but my time has been at a premium lately (my honey's on a work trip, so the kidlet's all mine right now). Still, have some h/c followed by some angst! 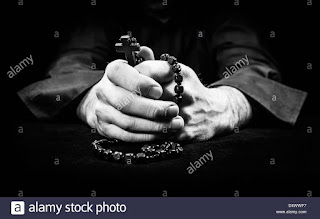 The chaos that ensued was almost ferocious in its subtlety.

Questions were asked—too many questions. Had anyone noticed when the Vicomte was shot? Had they detected any other shots, or was it just the one? How had the bullet hit so accurately? Was it merely luck? Had the original target been someone else, or anyone at all? What had really happened inside the car just after the explosion rocked it off its tracks?

Anton could have answered some of these questions, but his offer to cast a spell on Voclain’s body and discover when exactly he’d died was met from his party with cries of, “It’s useless, all you’ll see is a bullet strike him in the chest!” and “I would rather not watch my gentlewoman break her neck, thank you,” and a particularly pitiful one from Deschamps that was mostly the word “no” repeated over and over, interspersed with “I cannot bear such a thing again.”

The other thing Anton knew that these others didn’t, and that he had no intention of bringing up with anyone, including Dr. Grable, was the fact that there was a spell out there that could give bullets this kind of accuracy in only one shot. Anton didn’t know how far the magic in the palimpsest had been spread, but he wasn’t going to be party to informing previously ignorant parties of it if he didn’t have to. The fewer people who knew about that spell, the better.

It was late, and getting quite cold in the mountains. People from some of the other cars, men better accustomed to the environment, set out walking in both directions to bring help and warn incoming trains that the track was unusable. People took shelter in the ruin, and those with a modicum of a talent for easing pain worked among them, setting a bone here, bandaging a wound there, and hunting down enough laudanum to dull the intense discomfort of those who were damaged inside. There wasn’t enough of it, though. Not nearly.

The train had been carrying a hundred and fifty-seven passengers. Only a hundred and twenty-two of them had survived the initial roll, and every hour seemed to bring a new moment of tragedy.

Citing a bit of experience with healing—although Anton had no good spells for serving the living, only the dead—he left his august party and headed for the common section of the train. He did what he could, which wasn’t enough, not nearly enough. Still, his bag at least came in useful—one of the travelers was a priest and thaumaturge, whose skillset revolved around the relief of suffering in body, mind, and spirit. Anton gladly handed over his stores of silver shavings, iron pellets, gold dust and powdered sulfur so that another person managed to avoid the horrible, all-consuming agony of lying awake through the experience of their own death.

He resolutely didn’t think about Camille. It was therefore a complete and utter surprise when he actually found the man.

The hand on his shoulder made Anton spin around where he knelt, awkwardly attempting to shield the priest’s thurible from the wind as he doused the latest sufferer in incense. When he saw who it was, his mouth went dry and his feet fell out from under him.

“Camille…” Anton could barely speak his name. He really was here, he was alive. After everything that had happened over the past hour, it hardly seemed possible.

“Feel free to take your rest, my son,” the priest murmured, his rosary now clasped between his hands. He was hardly older than Anton, but he had the same calm aura about him that Cardinal Proulx did. “I’ll be engaged here for some time yet. Comméndo te omnipoténti Deo, caríssime frater, et ei, cuius es creatúra, commítto…”

Camille helped him off the ground, and a moment later Anton was in his arms. He closed his eyes and held on tight, pressing his face to the crook of Camille’s neck and just breathing, breathing. He felt the rush of his lover’s blood beneath his sensitive lips, heard the strong beat of his heart, and for a moment, just a moment, he let himself be weak. Thank god you’re here. “Why are you here?” he asked once he had enough control of his vocal chords to do so.

“Because I need to get back to Paris,” he said. “And because you were on this train, and I preferred to remain as close to you as possible for as long as I could.”

The sense of well-being he felt from hearing that was almost enough to melt the shard of question that suddenly speared Anton’s mind like shrapnel.

“Do you know the members of my party?” he asked quietly, pulling back a bit so he could look at Camille’s face.

Camille nodded. “I know of them all, although I’ve only met two of them in person.” He grimaced. “I’m afraid I’ll have to make myself known to them at this point, although I greatly prefer not to.”

“Revealing myself to those who have some influence around the Imperial Court is something I try to avoid if at all possible. The less they know of me, the less they’ll be able to presume they can control me if I end up having to investigate them.”

Anton took a bracing breath. “Is one of the men you knew Vicomte Voclain?”

Camille looked a bit puzzled. “I did, very informally. Why?”

Camille stilled. “Is he now.”

Anton didn’t have to say anything else. Camille was clever, much cleverer than he, better at putting the pieces of a criminal puzzle together. That such a shot was, in all likelihood, magically assisted, and that of everyone on the train, the only two people who had come into contact with such weapons that Anton knew of were himself and Camille. That Camille had no qualms about killing, if he needed to, and indeed that he had been prepared to do so to another member of the aristocracy. That in the confusion of an event like this, it would have been possible to fire without being seen.

Camille took a step away from him. “I would never allow that—” he pointed at the man the priest was speaking prayers over “—to result from a mandate or investigation of mine. Nor any of these pointless deaths.”

Anton had hurt him. How deeply, he didn’t know, but he already regretted it. Of course Camille wouldn’t let innocents be hurt if he could help it, much less ally himself with the Dévoué  in anything. “I know that, I do, I’m so—” he began, but Camille shook his head stiffly.

“Let us return to your party,” he said, his voice as cold as the rising wind. “For I have several things of which to inform them.”
Posted by Cari Z at 12:39 PM