Notes: A clue, a dash of gentleness, and the introduction of...not the tank of the title, but something just as cool! 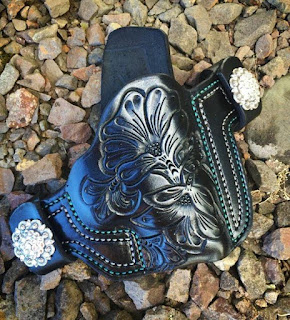 This was the second time Anton had seen Camille march into a perilous situation and take it over completely, and to say the man had a knack for it would be ludicrously minimalist. He presented himself to Anton’s party—Dr. Grable, at least, had met him during the incident at the university and therefore didn’t put up the fuss he otherwise might have—and showed them all his credentials. “While my presence among you is purely coincidental, I was aware of your group’s presence on the train and have already taken the liberty of supplying a new mode of transportation that should be here within the hour,” he continued, looking at everyone but Anton. “I understand you’re headed for L’Institut D’Ingénierie Technologique.”

“How did you come to understand that, young man?” Cardinal Proulx asked, his voice somehow thunderous and mild at the same time.

“Your Eminence, I am a lumière working under the aegis of the emperor himself,” Camille replied dryly. “There is very little that goes on in this Empire that I do not understand.”

“This is a nightmare,” Monsieur Deschamps whimpered, one hand clutching the amulet around his neck as he stared at Camille. “It must be a nightmare. I’ve fallen into a dream I can’t wake up from.”

“You should consider yourself lucky to have convinced the late Lord Voclain that you were qualified for whatever if was he asked of you.” Anton had never heard that particular tone from Camille before, something so cold and contemptuous it made him want to shiver secondhand. “I suggest you take the time between now and our vessel’s arrival to quiet your nerves.

“Dr. Grable,” he continued, dismissing Monsieur Deschamps entirely, “the rest of this journey is going to be somewhat trying for a man with a broken leg. Would you prefer to be carried to the nearest village with the rest of the train’s passengers and continue after you’ve recovered a bit?”

“Whatever happens next can’t be more trying than an ambush by a lot of ruddy cowards in the middle of the mountains,” Dr. Grable replied with a grimace. “I’ll manage.”

“Very well. I suggest you have your assistant—” and even now he didn’t look at Anton, just spoke of him in the third person as though he were an abstract concept instead of a living being “—retrieve your belongings and place them to the side of that clearing over there. When our transport does arrive, speed will be of the essence.” Now he did glance over, but it was the same look he might have given any porter. “Perhaps you can do the same for the rest of your party as well, since you seem to be the only hale young man of the bunch.”

It felt like a dismissal—hell, it was a dismissal, but that didn’t mean that Camille wasn’t correct. Between Caroline and the now-deceased Voclain alone, there was probably half a ton of baggage. The Vicomte hadn’t believed in traveling light. “Of course,” Anton said, feeling quite subdued, and walked toward their overturned car in a bit of a daze.

It was getting colder by the minute. Thankfully, a relief crew had arrived a few minutes earlier, and the survivors were either walking toward the closest village or being carried there by hardy volunteers. The dead were left behind, held inside one of the overturned cars. It was cold enough that they would last the night, at least.

Anton was grateful to have something to do that kept his hands busy and his brain occupied, however briefly. It kept him from thinking too much about Camille. He had made a mistake, voicing his half-formed concerns the way he had, but was it really too much to ask for a hint of understanding? He’d just been thrown from a train car and nearly shot by a man in black—a bit of rattled thinking was a clear and unavoidable consequence of that. But now his lover was giving him the cold shoulder, it was more important than ever that Caroline keep her distance from him, and his mentor—and, indeed, his direct employer—Dr. Grable had a broken leg. What would that mean for their work in Paris? Would Anton be expected to step in and demonstrate combat spells in the doctor’s place? The only outcome of that would be utter disaster.

He lifted, stepped, and stacked, over and over again, ignoring the pain in his ribs and the occasional furtive glances from the rest of the company in his direction as he moved every case, trunk and carton to the clearing some yards apart from the wreck. By the time he was nearly done inside the train car, where there were fortunately no bodies to deal with thanks to the Cardinal’s efforts to get them blessed and removed, Anton felt nearly incapable of thought, much less speech. The whole of his world had narrowed down to basic movements, and it was only the silvery glint of the buttons on the leather strap of the tiny holster that led him to notice it at all. He crawled toward the gleam, reached around the seat that nearly obscured it, and pulled out the holster.

What kind of gun goes into this? It was tiny—whatever weapon it held could not hold more than five shots, at best. The leather holster had delicate silver scrollwork on it, in addition to the brilliance of the buttons. Anton lifted it to his nose and sniffed—fresh oil, and a hint of gunpowder. This was no ornamental keepsake, then.

Could it be… Such a holster was dainty enough to hold a gun that would perfectly fit a lady’s hand. Had Caroline or her companion been the ones to carry it? If so, where was the gun? And could it possibly have been the gun that fired the fatal round into the vicomte’s chest?

Oh, God. More clues, more secrets, more things that Anton wanted nothing to do with and yet was dragged headlong into regardless. He stiffly placed the supple little thing inside his vest and sat there, his mind whirring even as his body broke out in shivers that Anton barely felt. What the hell was Caroline playing at? Or was this even hers? A gun this small could easily be stored inside a set of robes as ornate as the cardinal’s, for example.

Oh, don’t be an idiot. Why would a man of the church turn to murder? Then again, why did anyone turn to murder? Anton ought to give the holster directly to Camille, but… now it was even more imperative that he do his utmost to guard Caroline against additional scrutiny from the Lord Lumière. Camille was devilishly insightful, he didn’t need any more ammunition than he already had.

But then Anton was potentially obstructing an official, Imperial investigation. If he was found to be withholding evidence, if—

“Anton.” A quiet voice in his ear pulled him out of his daze. He turned blearily to see Camille, down on his knees in the wreckage beside him. Anton was shaking so hard he could barely stay upright.

“God, look at you.” Camille pinched the bridge of his nose as he closed his eyes for a moment. “You’re but a minute away from shock. What did you injure in the crash?”

“Nothing,” Anton protested numbly. “Nothing serious.”

“Nothing serious, he says.” Camille shook his head. “You’re done in here,” he declared. “I’ll have Deschamps gather the rest, I need a respite from his bellyaching. Come outside and sit down. Our transport should nearly be here.”

“You must know him,” Anton said, turning awkwardly on his knees in preparation to crawl out of the car again. Oh, ouch—perhaps the tree he’d hit had done a little more damage than he’d thought.

“Know who?” Camille reached a hand out to steady him but didn’t quite make contact.

“Monsieur Deschamps. You’d never speak of him so—” contemptuously “—familiarly if you didn’t.”

“I have the dubious honor of a prior knowledge of the man, yes.”

“God, I hope he wasn’t a friend before you decided to hate him.” It fell out of Anton’s mouth before he could take it back. Camille looked at him sharply.

“He wasn’t,” he said, quiet but firm. “And nothing about Deschamps can compare in any way at all to our own situation. Now.” He finally extended his hand. “You need to get up and get ready. Our new transport has arrived.”

Anton took Camille’s hand and let him pull him up to his feet, then forced himself to let go as he looked around outside. “Where? I don’t see any horses, or…”

“Not on the ground,” Camille corrected. “Look up.”

Anton did so, and saw a silver speck growing larger and larger as it sailed through the sky at breakneck speed over the nearest mountain range. “What is that?” he asked, gaping.