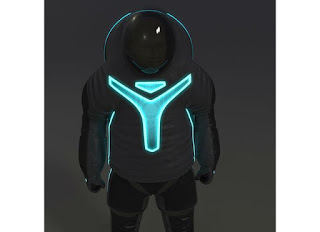 Two hundred and eighteen little leaks amounted to a hell of a lot more confusion and discord than Ten had expected. Yes, of course there was going to be a certain amount of pandemonium, that was the point. Almost as soon as they got to Pandora, Corva had thought better of it. In her defense, Ten hadn’t expected them to come in quite so close to the actual battle, and what a battle it was. The Box was the only city on Pandora, the place that all trade went through, and the warring fleets had massed above it and were going after each other with all the fire and fury they had. Bits and pieces of detritus struck the Drifter ship, a few of them causing minor hull breaches, and that was when Corva pulled the plug.

Unfortunately, her plug triggered the waste system’s meltdown, and that triggered everyone else’s meltdown. It was—okay, it was messy, pretty gross really, and Ten maybe hadn’t anticipated all the nooks and crevices that connected the waste system to other parts of the ship, because shit was getting everywhere. On the other hand, the ship itself was going nowhere, so…Ten was calling this a win.

“Time to go,” ze announced to Cody as ze joined him in the hold of Jack’s ship, where he was inspecting the new shield that they’d installed. It was meant to be a joint sophomore year project, the sort of thing that they’d have months to work on and perfect before installing for a very careful—but not too careful, this was them, after all—test fall through Olympus’ fairly forgiving atmosphere. Instead, they were going to try it over Pandora, which had one of the most tempestuous climates among the Fringe planets. They had to plot a path through the storms, through the debris, down to the ground and then hope—very strongly hope—that the parachute deployed the way it was supposed to and their thrusters didn’t overheat or freeze and that they landed close enough to the city that they could walk inside of the shield, but also far enough away that they didn’t bounce off the surface of it on their way down. All of which also assumed that their oxygen held out, their restraints held on, and their nerve held, period.

It would be interesting, for sure. Ten wished ze had time to document all the variables more fully, because it was hard to get a perfect statistic for their probably survival. Ze would tell Cody seventy percent, if he asked. That was the kind thing to do.

“Are you really sure about this guidance system?” Cody asked, seating the module a little deeper into the front console of the bike.

“As really sure as I can be given the tests I’ve been able to do. It’ll scan constantly until we enter the atmosphere, and as soon as we break out below the storms it’ll pick up again. We’re in luck there, actually, there’s a big clear path over the Box right now.”

Ten rolled hir eyes. “Okay? This is our lives you’re talking about, this is our very existence being called into question.”

“I know.” Cody’s smile was wide, his eyes a little too bright when he looked up at hir. “It’s gonna be fun.”

“That’s not your usual reaction to my experiments.”

“We’re doing something. Even if it ends with both of us smeared across the upper atmosphere, at least we’ll have tried.”

Well, that sounded…reckless. Not that Ten cared, really—ze’d be with Cody, and that was assurance enough for hir—but Cody actually had a support system that would miss him if he died. One he’s already spurned, Ten reminded hirself. Cody knew what he was doing. And so did ze. “Let’s suit up.”

The suits were more than your usual atmospheric pressure units—they were designed for deep-space miners, people who might vacillate between the hottest and lowest survivable temperatures within the same shift. They bulked them up with all sorts of additional venting and coolant and pockets in case of emergencies, and each one was equipped with a personal parachute. They carried enough oxygen to last for two hours, which was double what Ten expected they’d need. “After all, we’re not the first people to do something like this,” Ten had expounded when they first started the project. “It’s been done successfully at least ten times before on different planets.”

“And how many times has it failed?” Cody had asked as they laid out the framework for the shield.

“Those failures are irrelevant to our success.” Which was a total lie, and Cody had made hir lay out all the ways something could break, lose power or otherwise end their lives. They’d handled those design flaws, though. This was going to work. It totally was. Ten wasn’t going to have it any other way.

“Let’s get to the airlock,” ze said once ze got hir helmet in place. The air it circulated was cold, a side-effect of all the coolant, but it tasted fresher than the atmosphere inside the ship, particularly now.

The bike, massively redesigned though it was, still moved easily on its anti-grav tracks. They carefully propelled it out of Jack’s ship and toward the internal airlock on the other side of their landing pad. “It would almost make more sense to steal his ship,” Ten lamented—just a little. “He’s not going to need it for anything.”

“We’d need clearance from central to open the airlock that much, which means Corva would see it,” Cody said. “And if we compromised the bay, it could lead to a massive depressurization. We’re not here to get people killed.”

They stopped in front of the airlock. Ze input the code to open it—of course ze had them, ze hadn’t been idle even while ze was confined to working on the goddamn sewage system. The Drifter ship dumped more waste into space than it really should, and that meant that Ten got access to the basic codes. The light flashed amber, once, then turned green. Ten frowned. “Strange.”

“Prooobably nothing.” The lock opened and they wheeled the bike inside. Ten turned back and shut it, then to be careful, input the naughty code he’d learned from Livia that would jam the door hard for five minutes no matter what. It was used to torment people on the engineering teams, but Ten wasn’t going to take any chances. “Okay. The outer door should open in two minutes. Let’s get rigged.”

A hoverbike was not a spaceship. It wouldn’t protect them from the intense heat of deceleration or the brutal vacuum of space. Or at least, it wouldn’t if they hadn’t installed a nano-diamond shield that spread out from a heat cone on the nose. Cody took the front seat, Ten took the back, and once they were in position, Cody activated the system.

Smart harnesses melted out of the body of the bike and closed around their limbs and helmets, holding them firmly in place. The nav system uploaded and immediately began scanning potential routes down onto the planet, their modified thruster fired up to give them the push they needed to fall toward the Box, and the shield itself unfolded like a translucent shroud around them. The heat displacement coils followed, and a final check of parachutes and safety redundancies followed. All green.

“Excellent. One more minute to open.”

“Cody, what the hell are you doing?” That came in over the loudspeaker, noisy enough that they could hear it through their helmets and the shield. They didn’t have a lot of mobility left, but still managed to turn their heads back and look at Jack. He was punching furiously at the keypad.

“Cody! This isn’t funny, deactivate your stall code and get back inside the ship!”

“Good. ‘Cause I don’t have any words for him anyway.” He turned his face resolutely forward.

“I will come after you! I’m not letting you do this, do you understand me?”

“Why does he even want you?” Ten asked. “He hasn’t spent more than ten minutes in your company since we got on board.”

“As ready as I can be going into a largely untested experimental flight with no fallbacks.”

“I knew you were having fun.”

The airlock opened, their thruster fired, and the hoverbike tumbled into space.
Posted by Cari Z at 10:32 AM