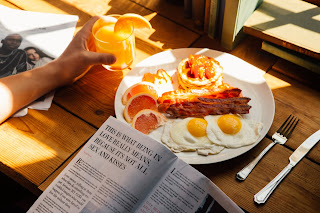 An hour later, they were sitting in a diner forty minutes away from Johnny’s house but only a short walk from the group home where Roland was staying now. According to his caseworker, he’d requested a meeting with Johnny before he went back to school. What could Johnny do but say yes? He’d already assured Roland he’d do everything in his power to keep him out of the spotlight, and especially out of the sites of Linda Patterson, who had proven oddly difficult to shake.

Most times, if a fostering situation didn’t work out, both parties were ready to move on. The Pattersons kept inquiring about Roland, though—to the point where it had distressed him enough that his caseworker stopped mentioning it to him, but still told Johnny. He’d promised to look out for him at school, and act as a roadblock between them and Roland if necessary.

He really hoped it wouldn’t be necessary. He didn’t wat to think about the kind of knack it would take to handle that power couple at once.

“You sure the kid’s not going to mind me tagging along?” Charlie asked for the second time since sitting down. He was already on his second cup of coffee, and had ordered a huge plate of bacon, eggs, and pancakes for breakfast.

“I asked, and his caseworker said he was fine with it.” Still… “If he changes his mind, though—”

“I’ll go grab a seat at the counter.”

“Why are you being so cool with this?” Johnny asked, partly out of fun but partly serious too. He couldn’t think of any previous partner—for a given value of partner, ie someone who was more than a one-night stand at least—who would have been okay getting summoned out of a sexy shower to go meet with a traumatized teenager on Saturday morning.

“Eh.” Charlie took a long sip of steaming coffee and didn’t even blink at its scalding temperature. “I know how it is to have a kid in your life who needs you, whether you want it that way or not.”

“The one you were talking to before?” Johnny ventured. “Um, Ari, right?”

“Right.” Charlie’s mouth turned down at the corners, then he glanced at Johnny. “I wasn’t going to bring him up, but actually, you might be one of the only people I can think of who might be able to give me advice on this.”

Johnny was happy to help, but… “What sort of advice? Because if it’s legal advice you’re looking for, you should know I’m not allowed to—”

“No, no.” Charlie put his cup down and waved his hand. “Not at all. His mother has so many lawyers at her beck and call they could fill a law school. It’s more about the nature of his knack. It’s either unique, or so close to it that we can’t find a parallel anywhere else in record, and that’s bad because it makes it almost impossible to figure out a way to—”

“Excuse me? Mr. Gibilisco?” A figure with broad shoulders stood hunched beneath a hoodie, his chin tucked so low it almost rested on his chest, stood a few feet away. Just behind him was a small Latina woman who Johnny recognized as one of the foster parents in his new home.

“Roland!” Johnny waved to him. “Come on over, join us!” He and Charlie were on the same side of the booth, leaving one side free for Roland.

He slid in, and his foster mother said, “Thank you, Mr. Gibilisco, I’ll be back in thirty minutes,” and walked back outside.

“This is Mr. Verlaine,” Johnny said, pointing at Charlie. “He teaches at the new place.”

Roland appeared to be doing his best not to stare at the missing arm, but didn’t quite manage it. Johnny hurried on. “Would you like some breakfast? I’m buying, it’s fine—”

“No, thanks,” Roland interrupted. “Ms. Rosa already made breakfast, I’m not hungry.”

Johnny could hardly remember not being hungry as a teenage boy, but he wouldn’t push it if Roland didn’t want to go there. “Juice, then? Coffee?”

Roland hesitated, then nodded. “Okay.” They ordered him another cup and waited for him to doctor it with cream and sugar before Johnny started to speak.

“You said you had something to talk to me about?”

“Yeah. I mean, kind of?” Roland took a sip, holding onto his mug with both hands. “I know Camille has already talked to you about this, but…I wanted you to know that I really, really don’t want to see Mrs. Patterson again. Not ever, but definitely not at school.”

“That shouldn’t be a problem,” Johnny said gently. “She has no reason to be there.”

“She’s friends with their principal,” Roland spat. “She had her over a few times. I recognized her name when I found out I had to switch to Euryale.”

Johnny went very serious and still. “Roland, did Principal Cross ever make you do anything you didn’t want to do in that house?”

He shook his head. “No, but…I don’t trust any of them. None of her friends, and definitely not her. She…” Roland looked frustrated, biting his upper lip for a moment. “I have weird dreams about her. Not—like—not really weird, not like touching dreams—but dreams where she’s sitting by my bed and talking to me while I’m asleep. I don’t remember what she’s saying, but I remember that she’s there.” He glanced up. “I also don’t remember having any dreams at all in that house while I was there. Just…the study sessions.”

“It could just be your brain processing the things that she did to you while you were awake,” Johnny offered. He was startled when Charlie spoke up.

“She’s a foci,” Johnny supplied. “She works for several pharmaceutical companies, if I remember right.”

“Huh.” He looked at Roland. “Do you remember which ones?”

Charlie nodded, looking both thoughtful and a little grim. “G&J did a test study about eighteen months ago with some of the incoming special forces. They were trying out a new drug that was supposed to allow a person to effectively process new information in their sleep. A ‘chemical foci knack,’ as it were.”

Roland seemed intrigued. “Did it work?”

“Not even close.” Charlie sighed. “We lost a whole class of newbies thanks to that drug trial. They were constantly exhausted, got no rest even while they were asleep, and none of the new skills stuck. Some of them had permanent issues with insomnia.” His jaw tightened. “One of them killed himself a few months after the trial ended. The military’s contract with G&J was called off after that.”

“Oh, wow!” Rather than being scared, Roland sounded thrilled, and a little relieved as well. “Do you think maybe she was trying that on me? Giving me the drug and testing whether or not it worked?”

“We don’t need to be jumping to any conclusions,” Johnny warned. Still, if she had been testing a drug on her foster kid…there was no limit to the amount of pain Johnny would put her through for that.

“I’ll make some inquiries,” Charlie said, sipping his own coffee. “And if you want to come hang out in my classroom and wait there for Ms. Rosa to pick you up, that’s fine with me. Nobody’s getting in there that I don’t want to.”

If Roland’s eyes got any wider, they’d fall out of his skull. “Really?”

“Sure.” Breakfast arrived, Johnny’s omelet looking downright boring next to Charlie’s extravagant spread. Across from them, Roland shifted a little.

“And what’ll this young man have?” their waitress asked cheerfully.

“Go ahead,” Johnny said, and he was gratified—but not surprised—when Roland ordered the exact same thing Charlie was eating.

There were definitely worse heroes to pick than Charlie Verlaine.