Notes: HAVE SOME SEX! Wait, no, I mean...read about people having sex! And there will be more next time, because now that we're there I"m in the MOOD for this :) 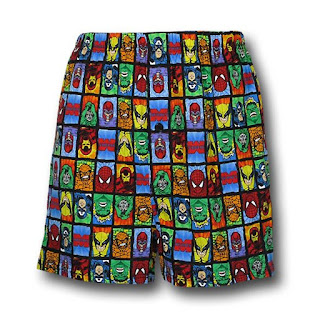 There was always an awkwardness when it came to having sex with a new person that you couldn’t get around—at least, you couldn’t if you were Charlie. He hadn’t even tried finding a hookup since losing his arm, because life was so goddamn awkward already, he didn’t want to compound the mess of getting naked with another person watching and judging him. Lucky for him, he and Johnny had already been so incredibly awkward together that stripping in each other’s presence was more hilarious than anything else.

“Oh yeah, ha-ha,” Johnny said when he caught Charlie staring at him as he pulled down his boxers. “Don’t judge me, I bet you’ve got plenty of novelty underwear at home.”

Charlie had actually been hoping for a look at Johnny’s cock, not his underpants, but he rolled with it. “Nope, nothing but boxer-briefs in my home.”

Johnny narrowed his eyes. “I don’t believe it,” he said as he pulled off his t-shirt. And there he was, naked in his bedroom, softly illuminated by the light coming from the table lamp by his bed, and Charlie thought Oh my god, he’s beautiful. He was shorter and lighter than Charlie, but built wiry, and he had fine golden hair across his chest and running down his lower belly, and then…

Fuck. If Charlie could find the balance to ride that cock tonight, he would, because this was not the slim and lovely member he’d been expecting. This was a fucking pole, a cock that would be big on anybody but looked downright startling on Johnny. He gulped. “That’s…not because of a knack, is it?”

Johnny blinked. Then he began to howl with laughter. “No! What…you…” He sat down on the end of his bed with nothing but his socks on, holding a hand over his mouth to stifle the chortles. “No, it’s not some kind of…penis-growing knack, o-or wish fulfilment knack, or gigantism knack, or…” He dissolved int more laughter.

“Yeah, yeah,” Charlie grumbled, stripping down as quickly as he could. Johnny’s shamelessness had rubbed off on him, and he didn’t find getting naked as sensitive a prospect as it usually was. He did feel a twinge of discomfort as he unveiled his stump, though. It wasn’t the kind of thing people were accustomed to seeing in the bedroom—hell, Charlie had nearly fainted himself the first time he saw it, the lumpy, scarred knob of flesh where his arm should begin. He stood straight, almost at attention, and waited for Johnny to pass some kind of judgement on him.

If Johnny blanched, Charlie didn’t see it. He got up from the bed as his giggles died off, came over and wrapped his arms around Charlie’s waist. “What’s the best way to do this for you?” he asked simply, looking straight into Charlie’s eyes. Their erections pressed together, and Charlie was tempted to start grinding against him right here and now, but…

“That depends on what we do.”

Who was Charlie to say no to that? He backed them up onto the bed, which had a startlingly soft mattress, then kept going until he was prone. Johnny straddled his waist, leaned in, and kissed him, soft at first but then harder. Charlie pulled him in close and deepened it, sharpened it with his need. It had been so long since he’d been with another person, more than a year, and this wasn’t just any person, this was Johnny, who he felt like he could trust, who he felt like actually liked him, didn’t just want to fuck and run. This was…perfect.

It all moved quickly after that—Johnny slid down and stroked his dick with a firm hand until Charlie was leaking, then sucked him in so deep that Johnny’s lips brushed his stomach.

“Fuck,” Charlie groaned, because he couldn’t stop himself and also, there was no way that wasn’t a fucking knack, because Johnny hadn’t come up for air yet, he was just staying there squeezing him with his throat, licking the underside of his cock with his tongue, and it was the hottest thing ever and he was going to fucking come if Johnny didn’t stop it right the hell now.

He pulled off in the nick of time, coughing slightly. “Give me a second,” he gasped, “I can do better, I’m just out of practice—”

“Screw that, I will come down your throat in two seconds if you do that again,” Charlie said.

“Yes, really, you—Johnny—” But it was too late to stop him, he was down again, swallowing and savoring and tugging on Charlie’s balls and it really was too much, too good. He might be embarrassed by it later but right now Charlie was being thrown over a cliff, the world around him fizzling away as he went. Every nerve was on fire, in a good way, a way that he hadn’t even remembered his body could feel. There was no pain, nothing other than pure, bright pleasure, and Charlie didn’t realize how amazing it felt until he opened his eyes and realized they were wet. Fuck. I’m crying during sex. This is…

Whatever. Johnny wouldn’t tease him about it—or maybe he would, but not maliciously. Sure enough, when the other man finally pulled back, he just smiled again and said, “Wow, I must be really great at this if it made you cry, huh?”

“Shut up and get up here,” Charlie said, regaining control of himself and deciding that it was time to repay the favor.

“Up on my face, where did you think?”

“Yes, really.” It took some maneuvering, but then Johnny was hovering just above his head, one hand stabilizing himself on the headboard as the other carefully fed his cock into Charlie’s mouth. He tasted good—warm, slightly slick and salty—and he sounded even better. It wasn’t a great position for a lot of depth, but then Charlie wasn’t the one with the deepthroating skills. Instead he focused on the head and the top half of Johnny’s shaft, licking, sucking with his tongue, swirling, doing everything he could to make the other man moan. He gripped Johnny’s ass with his good hand and urged him into a shallow fucking motion that made Johnny start to swear.

“Oh shit, oh my god, oh shit, oh shit, I’m gonna come…” Charlie felt the buildup and was ready for it, sucking Johnny dry as the smaller man convulsed above him.

Johnny carefully collapsed to the side when he was done, breathing heavily with satisfaction but not touching Charlie. Unwilling to think too hard about what he was doing, Charlie reached out with his good arm and pulled Johnny close against him. Johnny melted, wrapping his upper arm over Charlie’s waist and putting his head on Charlie’s shoulder.

“Stay the night?” he asked.

It wasn’t even a choice. “Yeah. Definitely.”