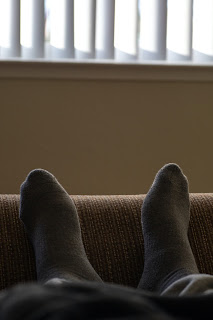 “Oh my god.” Charlie set the soup down and wiped his eyes. Johnny watched, dumbstruck, and hoped that the hysterical laughter was a good thing instead of a prelude to an “I’m going to kill you” kind of thing. With Johnny, it could be hard to tell sometimes.

Speaking through the laughter, he said, “I was a part of serious covert ops for almost ten years, I’m not about to get shitcanned because I tell the wrong person about your knack. Which, I mean, is amazing and don’t get me wrong, but I’ve worked with someone who could melt people’s faces off. Literally, that was her knack. You want to talk about traumatic training?”

His chuckles finally slowed down. “I promise, I won’t betray your confidence, and I’m grateful you told me all this.” He shook his head. “Next time, though, really—lead with the disclaimers.”

“I will,” Johnny said faintly. “Um…wow. I guess I’m glad they haven’t tried that one out with me.”

“I doubt they let you work much with purely mental knacks at all,” Charlie replied.

Come to think of it… “Almost never,” Johnny said. “Mostly physical or ornamental, actually. Elemental a few times, but those carry a lot of oomph and I might have broken a few buildings the last time they had me use one.” Needless to say, he knew exactly was Roland had gone through with regards to the high school.

Charlie nodded. “Mental knacks are the hardest to learn to control, which means a lot of dedicated training time. It wouldn’t really fit with the deal you’ve got going with this crew, whoever they are, and they’re probably not excited to be the first people in your firing zone while learning a new mental knack anyway.”

“I get that.” Johnny sighed and leaned back against the arm of the couch. He wasn’t cold anymore, but he was so tired. Tired from today, but also tired from the endless fight that seemed to be his job lately. “All the more reason for the kids from Stheno to start live training with their knacks as soon as possible. I don’t want them to go out into the world with no notion of how to defend themselves.” Defense against lawsuits, defense against predatory government agencies and private companies, defense against their own selves…

“I’ve got a shipment of five full suits of military-grade training gear headed to my place on Monday,” Charlie said.

“Really.” Wow, nobody made a smug little smile look sexy the way Charlie did. “They’re not new, of course, but the gear at my old fort was due for replacement. Rather than let the stuff get thrown away or auctioned off, my friend and I figured out how to make it a ‘charitable donation.’”

How…was that possible? “The military doesn’t do charitable equipment donations.”

“It does when Lisa Jemison is handling the supply chain,” Charlie assured him.

“Oh my god, that’s…” Amazing, incredible, I could kiss you! “Great,” Johnny settled on. “That’s really great. It’s going to mean so much to the kids, I can’t wait to tell them about it.”

“Tell Debra first,” Charlie said, not at all joking. “I promised her I’d get this done but she’d not going to believe me until the gear is in hand, which should be by the end of next week at the latest.”

“I’ll tell her, but she’d believe you. She likes you!” It could be hard to tell sometimes, with her perfect emotional regulation, but Johnny knew that part for a fact. “Everybody I work with likes you. Your students like you too, for the most part.”

“It’s just the people I work with who don’t think much of me.” Charlie shrugged, but Johnny could tell that it was really bothering him. “Great. I know I don’t really have the teaching pedigree for the place, but I am certified as a knack training instructor.”

“And with your experience, that should be enough,” Johnny agreed. “If you don’t mind me asking, how did you get the job?”

Charlie chuckled again, but it wasn’t a happy sound this time. “Honestly, I’m not better than anybody else at that school. I got the job through pure nepotism. That kid I talk to a lot, Ari? He’s the son of the former American ambassador to Lebanon, and he has a mental knack that’s lead to…extreme emotional attachment.” Charlie sounded embarrassed. “To me. I was saving him from a kidnapping thing when his knack activated for the first time, and…the best way his mom and I have found to deal with it is frequent communication and a face-to-face visit whenever possible. They’re supposed to move here next fall, and he’ll be an incoming freshman, so she thought it would be easier on him if I worked at his school.”

Johnny frowned thoughtfully. “That’s an interesting knack. Some sort of compulsion that got turned on himself instead of onto others?”

Charlie shrugged. “The experts aren’t sure, and they don’t know how to fix it, either.”

“Mmhmm.” Was it possible… “Does he have many friends?”

“Um, not really,” Charlie said. “Not outside of his mother and me.”

“What about a pet? A support animal? Something else for him to lavish with affection, is what I’m getting at,” Johnny said, just laying it out there. “Because if his knack did go wrong due to a traumatic inciting incident, then Ari needs more than a few incidental coping mechanisms. His mother should have him seeing a therapist who specializes in childhood PTSD.”

“She’s been afraid to try that sort of thing,” Charlie said reluctantly. “Her ex’s family is very traditional. If they knew something had happened to Ari under her care that led to needing therapy—”

“Ah-ah, we all need therapy. I get it. I’m sure you get it.” Charlie nodded. “Her kid should definitely be getting it. I’m just a counselor, what do I know, but actually I know a lot and I’m telling you this. A support animal would be a good start, but that recommendation needs to come from a professional who works with Ari and can help him more constructively.”

“I’m really good at my job, what can I say,” Johnny replied with a grin.

“You are,” Charlie agreed. “I’ll talk to Huda about it the next time we call.”

“Tonight?” Johnny pressed. He hoped not—he wanted Charlie to stay as long as possible, even if it wasn’t in the capacity he’d like best.

Charlie shook his head. “No, not tonight.”

“Oh, good!” Johnny glanced at the clock on his wall. “How late can you stay?”

“I can get an Uber anytime, I guess.”

Oh shit, right, the ride thing. He needs my car. “No, don’t do that. You can take my car home and come get me in the morning. Or make me take an Uber, it’s only fair. Or stay. Overnight.”

Charlie looked over at him, his brow a little furrowed. I fucked it up. I sounded too desperate, I’ve fucked it up, he’s going to get up and go because I’ve made it weird and uncomfortable and—

Charlie reached out and took Johnny’s bowl, set it down on the floor next to his, then scooted over on the couch until Johnny had to move his legs to make room. He leaned in close and said, in a quiet voice, “Tell me if I’ve got this wrong, okay?”

Then Charlie kissed him.