Notes: More Rivalries at last! Finally, Johnny will spill the beans about his peculiar knack and how the good ol' government is putting him to use. Charlie...will have some strong thoughts about this. 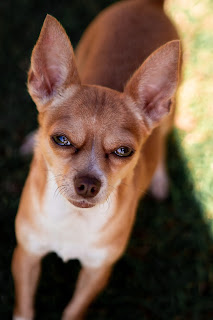 By the time he’d gotten everything he needed, Charlie had to take an Uber to Johnny’s house—there was no way he’d make it in a reasonable time otherwise. He’d been able to Google his address, and handed it over to the driver without compunction, but the closer they got to Johnny’s place the squirmier he felt inside.

Was this too much? It didn’t feel like it should be too much, not between friends, but he wasn’t entirely sure that they were friends. They were…colleagues, right? They were unexpected allies in trying to do things for the Stheno kids. They were forced partners in traveling to and from work—at least, when Johnny wasn’t absent and being mysterious over his whereabouts. Maybe he wasn’t even home. Maybe he was home, but he didn’t want company—something Charlie could infer from the fact that the man still hadn’t answered any of Charlie’s texts.

Fuck it. The only way he was going to get any answers was by showing up, and Charlie would rather be kicked out than leave the other man alone when he was sick and needed help. Treatments…was it something to do with his knack? Or was it something more mundane than that, something mundane and terribly frightening all at once? Cancer or an autoimmune disorder or—

“Here we are!” his driver chirped from the front seat.

“Thank you.” Charlie most of the way out of the car, then hesitated. “Do you mind waiting a minute to see whether or not I get in?” Johnny’s car was there, but that didn’t necessarily mean that he was, or that he’d let Charlie in.

“Sure thing,” the young woman said. “I’ll stick around until you’re inside.”

“I appreciate it.” Charlie shut the door and walked up the central path that led to the front doors of the duplex. It was an odd design for a duplex, actually—who put the doors practically flush together in the middle of the house instead of centering them on their own sides? And who painted their door hot pink?

Charlie checked the house number to make sure he was on the right side, then raised his hand to knock. Before he could, the other door opened with a bang, and a second later a tiny dog with a huge bark ran out into the front yard. It turned, putting all its canine focus on the intruder in its midst, and charged Charlie, getting a grip on his pantleg with its mouth and pulling for all it was worth.

“Sparkles! No, bad Sparkles!” A tall older woman squeezed into a pink taffeta dress charged out after the chihuahua, a drink in one hand and a rhinestone-studded leash in the other. She was dressed like a chaperone at prom, and smelled about as soused as one too. “You little menace,” she scolded the dog, almost spilling her martini on the ground as she bent over and attached the leash to the tiny thing’s collar. She then detached its mouth from Charlie’s hem.

“There aren’t any punctures,” she assured Charlie as she stood up, the dog tucked into the crook of her free arm now. “This one’s more gum than tooth these days. No harm done, honey, right?” He saw her eye the spot his missing arm should have occupied, and waited for her to say…something. She seemed like the kind of woman who’d say something, no matter how hard he wished otherwise. “Huh. Are you Charlie Verlaine?”

“Lori, just call me Lori. And oh, I get all the hot gossip from Johnny on the weekends. I think I could pick most of his coworkers out of a lineup without a formal introduction at this point, and you’re a favorite of his.”

“Just work stuff,” she assured him, taking a long sip of her drink. “Nothing personal, I promise. He’s not sharing measurements, if that’s what you’re worried about.” She winked, her fake eyelashes drooping down to the top of her blush-encrusted cheekbone.

How long had this lady been drinking? “That’s…great. Do you know if he’s home?”

“Aw, did you bring him supper?” She gestured at the bag in his hand. “That’s so sweet. I was making a pot of cream of zucchini soup to share, but I think the poor guy might like some variety in his diet at this point. Yeah, he should be in. Just give it a knock, I’m sure he’ll be happy to see you.”

Charlie was nowhere near so self-assured, but he was also more than done with this conversation. “Thanks.” He knocked, then stood back and waited self-consciously, very aware of Lori and his Uber driver’s eyes on him. The dog’s continued barking didn’t help. Five seconds…ten seconds…he was about to knock again when the inner wooden door finally opened, revealing Johnny in a frayed t-shirt and a pair of Superman boxers, with a quilt wrapped around his shoulders and an expression of bone-deep fatigue that gave way to shock when he saw Charlie.

“Oh…um.” He looked down at himself, then pulled the quilt around to hide the boxers. “Shit. Um. Hi?”

“You did?” Johnny sounded stunned. “Why?”

For the love of god. “Why do you think?” Charlie snapped, a little sharper than he’d intended to be, but he’d been worried sick all day and now here was Johnny, looking like he’d just woken up from a nap but otherwise healthy. “I thought you were ill or hurt or something. I wanted to check in, but you wouldn’t answer your damn phone.”

Johnny leaned his forehead against the edge of the door. “Fuck,” he said on a sigh. He really did sound exhausted. “I didn’t even hear it go off.”

How could he…not hear it? “Can I come in?” Charlie repeated, determined to get to the bottom of this. At the very least, Johnny looked like he could use the food. “I can just leave it here if you want…”

“Lucky boy,” she said with gentle maternalism, finally disappearing back inside her half of the duplex and taking her awful dog with her.

“Come on,” Johnny said, opening the screen door and stepping back. “Come inside.”

Charlie did, brushing against Johnny as he went. The rush of cold he got off the other man the moment their skin touched was almost enough to leave a chilblain.

Charlie stopped and stared, aghast. “What happened to you?” he demanded.

Johnny sighed. “Just…come in and I’ll tell you.”