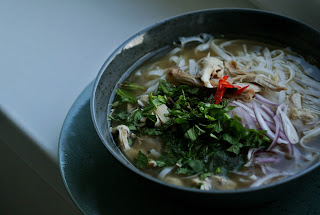 If Johnny had been shivering from the cold before, now he felt like he was shaking from nerves. He hadn’t…lord, how long had it been since he’d willingly told someone his secret? Half a decade, maybe. The last people to know the truth of his own accord were his parents, and they’d taken it to Arizona with them in their retirement and hadn’t told a soul. The other people who knew were all the people who’d taken a professional interest since then, and Johnny didn’t care to think about them if he could avoid it. They were so…so…

All of a sudden he remembered he had a guest. Not just a guest. Charlie. Charlie is in your dirty, dinky duplex and you’re letting him stand there with dinner getting cold in his hand, so maybe you should do something about that, sport. “Sorry, let me get some…um, plates? Bows? Both?”

Charlie shook his head. “How about you tell me where they are and I get them while you sit down? You look like you’re about to fall over.”

“I’m not that bad,” Johnny replied, a little stung even as he pulled the quilt tighter around his shoulders. “I’ve had a lot worse.”

“Um…silverware is in the drawer to the right of the dishwasher, bowls are in the cabinet above that.”

“Good.” Charlie headed for the kitchen without another word. Johnny stood there for a long second, torn about following and making himself perform some of the normal tasks of a host—any of them, really—when a chill went through him that took his breath away. Jesus, why weren’t these done with yet? He was so tired of being cold, and the researchers had promised him the aftershocks would stop soon. Why was “soon” three hours after they’d dropped him at home?

Maybe you should have stayed and let them monitor you all the way through your recovery, dumbass. But no. After letting them fuck with his knack for a morning, Johnny had been more than ready to be done with it by afternoon. He wasn’t obligated to give them that kind of time, and he refused to unless they enforced the most draconian of the contract’s medical provisions and forced him to stay there—while paying him quadruple-time for his efforts. Lucky for him, the government researchers were as penurious as they were curious.

Johnny shuddered again, then sank back onto his couch with a sigh. To hell with it, it wasn’t like Charlie could think much worse of him by this point. Between crashing the guy’s car and sending him to the ER to bailing on him when Johnny knew the man was counting on him for a ride, it was a miracle he hadn’t been punched in the face yet. Charlie might only have one arm, but he could still probably rock Johnny’s world with it. So he’d take whatever pity-dinner came his way, spill his guts, and see where the night led them. Undoubtedly not where Johnny wanted it to lead, but he was used to pining by now.

“Here.” Charlie was back in what felt like just a second, handing over a bowl full of savory-smelling pho. “Can you hold it?”

“I can hold it.” It was a challenge, especially as full as the bowl was, but Johnny managed to get it on his knees and get the spoon to his lips. The taste…oh, so delicious, and the soup was so hot. He felt warmed all the way through for a moment, enough to make him sigh with pleasure. He didn’t even notice Charlie sitting down next to him and eating his own food until Johnny had scraped the bottom of the bowl clean. He looked over and saw that Charlie was only halfway done, and looking at him like he was something he’d never seen before.

“Um…yes.” And he wasn’t going to apologize for being ravenous either, because he was still warm and that was amazing. “Thanks for this.”

“You’re welcome.” Charlie took his bowl, but instead of carrying it back to the kitchen he put it on the floor. “So, what’s the story here?”

Do I have to? But he’d promised he would, so… “It’s got to do with my knack,” Johnny said, still reluctantly but he was building up to it, damn it.

“Right.” Charlie looked at him with unfairly bright eyes, almost eager. “Go on.”

“My knack is…well, it’s hard to define.” Johnny laughed weakly as he ran a hand through his messy blond hair. “It might actually be unique. At least, no one’s ever documented something quite like it before.”

Charlie narrowed his eyes thoughtfully. “Not mimicry, then?”

“Mimic…oh!” Oh, that was a really good guess. Had Johnny been that obvious with his capabilities? “Wow, close but not quite.” A mimicry knack could reproduce the knacks of the people around it, but not at as great a strength, and it couldn’t hold onto those knacks once the target moved out of their range. “No, mine is more like a…well, okay, it’s like mimicry, except after I mimic a knack, I can access it again later. At any time. I can still access knacks that I first produced when I was twenty, and my strength of expression doesn’t diminish. I can…be anything, I guess.”

Charlie’s eyes had gone wide, his mouth dropping open into an unfairly attractive gape. Seriously, who looked good while gaping? This asshole right here. “That’s incredible. That’s…I mean, the things that could be done in the field with that kind of ability are…”

Johnny chuckled darkly. “Yeah, I’ve been down that road with plenty of people, and it’s never ended up where they wanted it to. I can hold onto the knacks, but I’ve got to hunt them down in my brain—they don’t come like a reflex the way other people’s do. And I can’t use my knack more than a few times an hour without experiencing some major side effects. Migraines are the least of it. Two years ago, when they decided to test my limits and have me use knacks until I couldn’t any more, I ended up having a minor stroke.”

“Yeah, that’s what I thought too,” Johnny agreed. “They haven’t pushed so hard since, but today they had me using the same knack for a long time, and it ended up kind of…sticking.”

“What does that mean?”

“Like, staying in the ‘on’ position? Or flickering on and off, kind of. It’s a freezing knack, and when it’s going full throttle I can ice up a pond with it, but getting rid of it has been tricky.”

Charlie extended his hand toward him. “You feel okay now.”

“Thanks for telling me.”

“You’re welcome, but…” Johnny winced. “About that.”

“What about it?” Charlie asked.

“Um, well…you know how people say things like ‘if I told you, I’d have to kill you’?”

“Well, um…this isn’t quite that bad,” Johnny assured him. “We’re not talking death, just imprisonment for both of us if anyone found out I’d blabbed. Wow, I really should have started with this disclaimer, shouldn’t I? Shit, I’m sorry—”

He stopped when he realized Charlie was on the verge of dropping his own soup from laughing so hard.