Notes: We get closer and closer to a meeting! Hang in there, darlins ;) 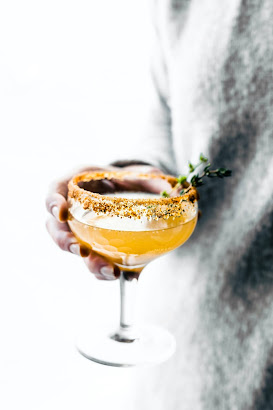 Honestly, there was no real reason for Johnny to care what had happened to Charlie Verlaine.

There wasn’t! Beyond the first brief flash of surprise and sadness, it wasn’t exactly a surprise. Charlie had chosen a dangerous job, and that job had done a number on him. Now he was back and reintegrating into life as a civilian. Full stop, no more rumination needed, no more thought required. It wasn’t like the two of them had ever been friends—they’d never been more than casual acquaintances. Maybe occasional enemies. Never friends. And Johnny didn’t ever think about him anymore, he’d stopped that nonsense years ago, and he wasn’t about to start it up again.

Besides, he had more than enough to deal with over the rest of this week and the next getting the kids ready to transfer into Euryale Academy. There were issues of placement, of staffing, of fucking mingling, which was code for “Keep your dirty poor kids away from our precious darlings.” Well, fuck that. Johnny was pushing for as much integration between the cohorts as possible, because he’d be damned if he was going to tolerate his kids being treated as second-class citizens in a school that was there to serve them.

At the very least, they would have combined lunches and physical education. Combined art and music too, which was mostly because those classes hadn’t been offered at Stheno for the last three years due to budget cuts and now was the perfect time to start persuading the school board that they were, in fact, useful and educational things for the kids to have the option of studying.

With scheduling, with talking to teachers, students, and parents, and with moving as many of their own supplies out of the cracked school as they could—because Euryale might be donating space but it sure as fuck wasn’t donating supplies—Johnny was busier this week than he could ever remember being. By Friday night he would have happily gone home and collapsed onto his couch for the entire weekend if it weren’t for the fact that they were having a teacher “meet and greet” with the Euryale staff tonight, compliments of the superintendent.

The party was set up in the gym at Euryale, which was extensive. Hell, it had multiple parts—the indoor track, the basketball court, the swimming pools, the section devoted specifically to kids with flying knacks…it was like walking into an upscale, members-only gym.

“I feel like I’m gonna break out in hives,” Debra Jones said under her breath as they walked in together. Debra was Stheno’s knack instructor, a woman with the ultimate knack for a teacher—she was utterly unflappable. Nothing surprised her, nothing shocked her, nothing disrupted her. Better yet, her knack was passive and didn’t require an effort of will to activate, just made its presence known when something untoward happened. She could go from cheerfully shooting the shit with her fellow teachers or calming down a crying student to coolly, calmly, and collectedly gathering her class and getting them out of their classroom after the first window shattered under the force of Roland’s tremors without batting an eye. Johnny felt like he’d learned a lot from her.

“Can you get hives?” Johnny asked as they headed for the punch bowl on the closest table to the door. It wasn’t spiked—too bad—but it was made with real fruit, some of which floated in a decorative frozen ring in the center of the bowl. Yummy.

“Only if I eat peanuts, but you know what I mean.” Debra took a sip, scanning the Euryale teachers. “Is it me, or do they not have any Black people on staff over here?” She was one of five Black teachers at Stheno, but the other side was a solid sea of white so far.

“Mmhmm. Or at least not teaching. Bet you anything they’ve got Black janitorial staff who aren’t invited to this little shindig.”

“Probably.” It was ridiculous, but that was the moneyed elite of fucking D.C. for you.

“They all look like they shined up nice for this thing.” She took another sip. “Too bad they aren’t bothering to talk to us.”

“To be fair, we’re not talking to them either,” Johnny said. “I guess Cochrane is talking to Principal Cross, actually…” And they looked about as friendly with each other as a pair of wolverines.

“Well, shit. This is gonna be—wait.” Debra pointed across the room at the far corner. “There he is!”

Johnny craned his neck. He couldn’t see over the teachers between here and there. “Who?”

“Mr. Verlaine, the knack teacher here.” She polished off what was left of her punch and set the glass down. “And he’s alone. Perfect. I’m gonna go talk to him.”

Johnny was somewhere between a little envious and too nervous to even contemplate it. “Let me know how it goes, yeah?”

“Oh, if he’s an asshole you’ll definitely be hearing about it.” She left, and a few moments later she was gone. Johnny contemplated following, not to interrupt their conversation, just to get a glimpse of the guy. It had been a long time, after all…did he still do that thing with his hair? Were his eyes the same shade of green?

The thought unexpectedly stung. Fuck this, you’re not a high schooler with a crush anymore, get a move on! Decided, Charlie set down his glass and began to gently push his way through the crown. “Excuse me…excuse me, please, coming through…”

“If I could have your attention?” The voice of Principal Georgia Cross thundered over the room. Johnny winced and looked over just in time to see her pull her face away from the mic a little. “Ah, better now,” she said, then continued, “I want to welcome the staff of Stheno High School to Euryale Academy. Obviously, we’re entering uncharted waters in our relationship thanks to the havoc your poorly trained student wrought on your school, but I want to assure you that Euryale and its teachers are pleased to have you with us for the remainder of the semester. If you have questions or need our assistance, please feel free to ask. We are, of course, always available to help those in need.” She then handed the mic over to Ira, who looked like he’d just swallowed half a lemon.

“Thanks for that…stirring welcome,” he said after a moment. “We’re happy to be here, and appreciative of Superintendent Howards’ efforts at securing a place for us at Euryale Academy. I’m sure our students will have lots to offer yours, and vice versa. I’m very proud of all the work my staff has accomplished over this past week, and I have no doubt that the transition to our two groups of students working together harmoniously will be a smooth one.” He smiled bracingly. “And that’s that! Rub a dub dub, enjoy the grub, folks!”

People began to talk again, to move to the food and drink, and it was harder than ever to push through them all to a place where Johnny could see the corner. He felt a knack pressing at the back of his chest, knew it was something that could move all these people for him, but he held it in. He had better control than that. He got through the crowd, emerged on the other side of a sea of suits and dresses a little bit breathless, and looked around.

The corner was empty. There was no one there.