Notes: Here we go, more Rivalries at last! Someone's memory is about to get jogged...
Title: Rivalries: Chapter Five, Part One
*** 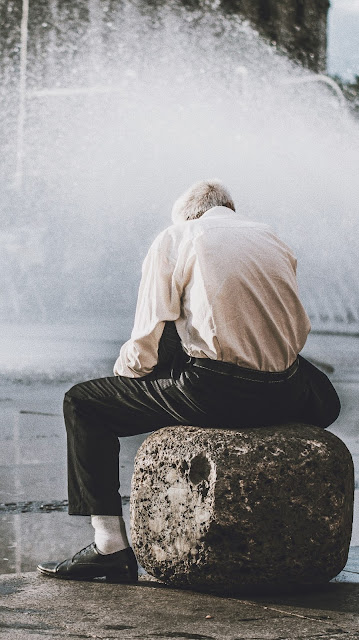 Five hours later, Roland was on his way to a juvenile detention center that Johnny was assured by Roland’s case worker Camille was a temporary stop only. “We’ll get him into a group home as fast as we can, and start looking at new families for fostering, but…” She’d shrugged a little helplessly. “A group home might be his best option while he’s still in the system. After his reaction to the Pattersons, it could be very hard to place him.”

“What happened here today wasn’t the result of some irrational reaction to the Pattersons,” Johnny argued. “It was the very rational reaction of a teenage boy who was being abused in his home.”

“But we can’t prove that the abuse took place,” Camille pointed out. “Most abuse that comes from those with mental knacks doesn’t manifest physically. Subsequently, without a mind healer to verify, any results of the abuse usually get chocked up to the child acting out.” Despite being so tired that Johnny had actually had to invite her to sit down to keep her feet from falling out beneath her, Camille had worked up the energy to sound enraged at that. “And you know how many mind healers are active in the United States? Five. Just five. Two of them work for private companies that primarily employ those with knacks, and three of them work for the government. I’ve made over a dozen requests for a mind healer since I started with the CPS, and I’ve never received a reply. Neither has my supervisor.”

“Shit.” Johnny rubbed the pad of his thumb over the bridge of his nose. “Well, the most important thing is that he’s out of the house. What do the Pattersons have to say about all this?”

“Mrs. Patterson has denied everything, of course. She says she never used her knack on him at all, much less to coerce him to do something he didn’t want to, and that he’d been reluctant to interact with her from the very beginning. Colonel Patterson is out of the country, and we have no guidance for when he’ll be back.”

“Ugh.” It made sense—the colonel was active military and had offensive knack capabilities, so there was no way they were going to leave him puttering around at home when he could be bringing entire towns to their knees somewhere overseas. Fucking military. Not that Johnny had escaped it himself, not entirely, but he at least was only engaged with the research division. His knack was too unpredictable to make him good for anything else.

So many of his classmates had gone into that grinder and never come back. He knew of three who had been killed, and one who had taking her own life after her term of service. Some had come back and adjusted, with varying success, back to civilian life. Most of them were still in. He figured he wouldn’t hear anything from any of them until they’d followed suit, and either died or come back to assimilate.

He’d probably never hear one way or the other about the ones who went into covert ops. Like… Focus, Gibilisco.

“Okay, I’ll help out however I can with school. I can definitely make sure all his assignments are sent along to the facility, or go through you, whatever’s easiest.”

“Thank you,” Camille said earnestly. “If you can email them to me, I’ll make sure he gets them.”

“Sure. Let me know when I can go visit him.”

She smiled. “He might not even be there that long. After all, the damage to the school seems to be mostly cosmetic.”

“Mostly.” Some of it was decidedly not cosmetic, and the last Johnny had seen Principal Cochrane, he’d been in a desperate conversation with the superintendent over the phone. “Hopefully we can all come back to school soon.”

Johnny’s hopes of that outcome were dashed ten minutes later, when he finally caught up with the principal a few yards out from the front of the high school. Principal Cochrane sat on a broken piece of masonry, his rumpled shirtsleeves unrolled and unbuttoned, his tie completely vanished at this point, looking a little like a poorly stuffed scarecrow as he stared at the destruction. Johnny stopped next to him and shoved his hands in his pockets. “What’s next, boss?”

“That’s still being worked out,” the principal said, staring at the shattered welcome sign like it was a loved one’s tombstone. “He’s sending an engineer to evaluate the structure tomorrow, but even if most of the damage is surface only, there’s a lot of it. We’re looking at weeks out of class, possibly more. We can try transitioning to online learning, but with the knacks…” His shoulder slumped further. “This is such a crucial time in the students’ development, in learning to control their abilities,” he muttered, almost like he was talking to himself. “Taking that kind of time off, it’s something they might not recover from. These kids need help learning how to use their knacks, Johnny, and they need it before something like this happens to another school or home.

“I know Roland had a good reason,” he went on, anticipating Johnny’s objection, “but it’s hard to sell a good reason to the superintendent when we’re dealing with potentially millions of dollars in damages here.”

Johnny swallowed. Jesus. “What else can we do?” he asked.

“Well…” Principal Cochrane blew out a steadying breath and put his hands on his hips. “There are a couple other options. There aren’t any other really convenient locations we could use as a school in this area—all the actual schools are at capacity, and none of them are rated to handle kids with knacks. There’s a rec center on the other side of town that’s being renovated that we might be able to move into, but it’s being renovated because of a nasty roach infestation coupled with lead paint, both of which are still problems. Option three…” He glanced at Johnny. “We could combine with Euryale for however long the repairs take.”

Wait, what? Johnny actually laughed. “You think they’d tolerate us inside their ‘academy?’ They don’t even tolerate us bringing our dueling club to their meets.”

“The superintendent is confident that he can override any concerns from the principal and PTA over there by citing dire circumstances, which really isn’t a stretch at the moment.” Principal Cochrane shrugged again. “I don’t like it, but in some ways it might be good for our kids. We’d bring our own teachers, of course, but we’d get access to some pretty sweet equipment. And I hear they’re getting a little less snooty of late—they’ve actually got one of our graduates teaching their knack class.”

“Really?” Johnny hadn’t heard anything about this.

“Oh, yeah. Apparently he’s only in to cover for the regular instructor’s maternity leave, but still, I wouldn’t have expected them to go for an ex-army ranger with a history of attitude problems.” He smiled nostalgically. “I don’t remember him really well, but it seems like he did pretty well for himself.”

“Who are we talking about, exactly?” Johnny asked.

“Oh, did I not say?” Principal Cochrane shook his head. “It’s Charlie Verlaine.”

What the hell was he about to get into?