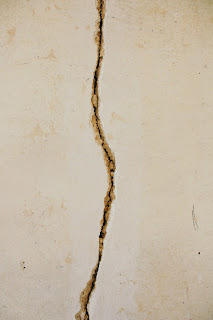 Johnny Gibilisco pushed his way through the crowd of students surrounding Stheno High, all of them whispering behind their hands and casting sidelong glances at the school. As soon as they realized who he was, they stepped aside for him—“Mr. Gibilisco” was the school counselor, and in a lot of places that would have made him roundly despised by the student population, but at Stheno he was appreciated. He knew every one of their names, even though they had twice as many student as at Euryale Academy, and he did his best on everything from dealing with knacks to coping with bad family situations.

He caught sight of the principal, currently being lambasted by the school resource officer, and immediately veered their way. “Principal Cochrane!” he called out.

Principal Cochrane turned with a look of pure relief on his face. “Mr. Gibilisco, they managed to reach you after all!” Ira Cochrane looked like a middle-aged Santa Claus—graying and portly, with a friendly smile that was nearly a permanent fixture. Not today, though. His suit jacket was missing, and his tie was so loose around his neck that it was nearly untied. “I’m sorry to pull you our of your treatment, but as you can see—” he waved at the school “—this is an emergency.”

“This is a matter for SWAT, is what it is,” Stheno’s resource officer snapped. Julianne Rosewood was a blonde, burly, and a little too eager to use force, as far as Johnny and most of the rest of the staff were concerned. She didn’t have a knack, and used that as a reason to get her department to authorize her to carry a gun instead of the standard taser on school grounds. “That little shit’s already done serious damage to the school!”

“Damage to a building!” Principal Cochrane exclaimed. “My goodness, yes, what a marvelous reason to call a bunch of gun-toting, trigger-happy goons onto the school grounds, so they can hunt down a young man who—”

“Hey! Watch what you’re calling my fellow officers, Cochrane, you don’t talk about the people who protect and serve like that!”

“If you think for one minute I’m going to allow you to send SWAT in after a student in need of help, you’re delusional!”

“Who is it?” Johnny interjected.

They both looked at him like he’d lost his mind. Principal Cochrane recovered first. “Oh goodness, didn’t I say in the message? It’s Roland, Mr. Gibilisco.”

Of course it is. Johnny felt his headache crank up another notch. Roland was a recent transfer, a foster child who thus far hadn’t made much of an effort to get along with anyone at his new school. He was a late bloomer, as far as knacks went, and his previous family—the family that had hoped to adopt him—hadn’t been deemed acceptable to take him permanently after the change. In response that he was going to have to move, Roland had used his knack.

The family’s house had ended up utterly destroyed.

No one was injured, and to their credit the family had still tried to intervene when state authorities took Roland away, insisting that he didn’t mean to do it, but the results of their efforts had been interpreted as “normal families can’t take in children with knacks.” Never mind that most kids with knacks came from completely normal parents who handled them just fine.

Now Roland was under the “care” of a local family with military ties. The husband had a similar elemental knack and, theoretically, could have been helping Roland with controlling his, but from the little Roland had told Johnny in their first few meetings, there wasn’t a lot of bonding going on. He was sixteen, he was angry, and now he was—

A rumble began, quick and shuddering, the ground underfoot going from a complete standstill to jiggling like jello in a second. Kids fell over, careened into each other—Johnny grabbed Principal Cochrane’s elbow to keep the big man on his feet. A few seconds later, it stopped, but the damage that the principal and Officer Rosewood had been referring to earlier was even worse. A long, vertical crack went up the front of the building. It was thin, but it was undeniably there.

“See!” Officer Rosewood shouted. “You see that? This could have been prevented if you let me call SWAT in to take the kid out!”

“Neither you nor any other officer will be taking out a student at my school!” Principal Cochrane shouted right back.

“Ahem.” Johnny cleared his throat. Both of them looked his way, the anger on their faces slowly dissipating. “Let me try to talk him down first.”

“Yes!” Principal Cochrane extended a grateful hand toward him. “Yes, thank you, this is what I had to pull you away from treatment for. This situation calls for delicacy and understanding and tact, not the business end of a gun, and don’t give me any song and dance about nonlethal options. A child with a knack was killed by a SWAT team in Georgia last year by one of their so-called “nonlethal—”

“Principal,” Johnny butted in, both to save time and save another argument, “I think it would be best if I went in after him now. The sooner the better, right? We don’t want the school to fall down on top of him.”

“What’s he going to do, talk the kid into giving himself up? Please,” Officer Rosewood scoffed, but she sounded less adamant now than she had a minute ago.

“Talking is always the first and best option,” Johnny said calmly. “And it’s my job, so I’d like to go in and do it, if you don’t mind.”

“Fine. You get ten minutes.”

“What!” Principal Cochrane shrieked, just as Johnny said, “Make it half an hour, and in the meantime you should see about getting the rest of the kids away from here. I think it’s safe to say that there aren’t going to be any more classes today.”

That gave them something new to focus on. “Right…of course,” the principal said, wiping his forehead with the end of his tie. “I’ll get in touch with our bus drivers, make sure parents are being contacted...”

“I’ll back these kids up into the athletic fields,” Officer Rosewood said, scowling but determined. “But half an hour only, Mr. Gibilisco, otherwise I’m getting SWAT in here no matter what you two have to say.”

“Thank you.” Johnny turned to look at the school. The ancient concrete slab reading “WELCOME TO STHENO HIGH” that had hung over the front door since the place had been built in the fifties suddenly came crashing down to the stairs in front of it, shattering. Students yelled, teachers jumped, and Officer Rosewood’s hand went straight to her gun.

Better head in before she gets ideas. You’ll be fine. Juuust fine. Johnny squared his shoulders and marched up to the school, over the remains of the welcome sign, and in through the front door.

Hang in there, Roland, I’m coming.