Notes: Anton reveals all! One more full chapter to go after this, darling ;) 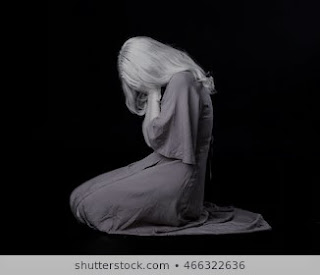 The entire room went silent. Anton was very aware of the fact that the reactions of the men around him were vastly different, ranging from dismay to curiosity to cold appraisal, but he didn’t let himself respond. It was time for them to come to him, to see that he had something to bargain with. It wasn’t what he wanted to do, but he wasn’t going to let Caroline be murdered for her own foolishness, either. She would pay a price for getting caught as a spy when she returned to England, he was sure of it, but by God she would return to England and be there for her family, and for Anton’s mother, who Caroline loved like her own.

“To my knowledge, you’re not an engineer,” Lord Jourdain said at last. “Nor are you a weapons expert of any kind. Your gifts are solely thaumaturgical—indeed, you specialize in spells relating to the dead. Your skillset seems irrelevant in the theater of war.”

“So are your tanks,” Anton said bluntly. “They’re little more than firework flingers right now, as I understand it. They can’t fire solid shot, and you don’t have the facilities up and running to make shells that they can fire. You’re looking at the prospect of a slow but seething revolt, one that will attract all manner of people to its banner, and your show of force is utterly ineffective. It won’t take long for people to realize that they have nothing to fear from your tanks.”

Lord Jourdain folded his hands. “We will have new models and sufficient ammunition developed within the year.”

“Developed, but not in mass production,” Anton countered. “Not in the numbers you need. You need something quickly, that can get the point across to your enemies that you’re not to be trifled with. Something powerful, that strikes fear into their hearts. You thought that something was the spell Montgomery carried around in his head, a weapon that always kills, bullets that never miss their target. I say you are not being imaginative enough.”

“Anton, no,” Camille said softly behind him. Against his better judgement, Anton turned and looked at his lover. His handsome face was exquisitely pained, like Saint Sebastian pierced through the heart by arrows fired at his emperor’s orders. “Don’t give them this. They will only corrupt it.”

Anton opened his mouth to speak, to defend himself, but the truth was that Camille was right. The empire would take his spell and use it, and it would bring them victory. It would also cause a terrible amount of pain, of mental and emotional agony to those who witnessed its effects, and possibly bring about a number of deaths on its own.

In the end, Anton had no way of weighing the balance of the lives that would be changed by his decision. All he was certain he could do was save one life, one person. He would do that, and gladly be damned.

“Let me show you.” He reached into his waistcoat pocket and pulled out a small wooden sphere. “Or at least, let me show you, Dr. Grable. The lords, given their afflictions, will not see what we see, but you will be able to recite the truth of it to them.” He looked at Lord Jourdain. “Has anyone ever died in this room?”

The man’s flinch was slight, but decidedly there. “Yes.”

“Then here will work fine.” Not giving himself a moment to reconsider, he twisted the globe in his hands, feeling its heat expand against his fingertips as the chemicals inside mixed together. He dropped it on the floor, and a second later his alchemical equation flared to life across the surface of the wood, a brief burst of glowing silver. A second later the ball dissolved completely, particles of ash and metal and blood rising into the air. For a moment, nothing happened. And then…

The woman who swirled up out of the smoke was beautiful, but her face was anguished. She knelt on the floor in front of the desk, facing away from it, holding a small paring knife or letter opener in her hands. She opened her mouth with a despairing scream, and a moment later drew the blade across her own throat.

It seared like fire, and Anton clutched his neck with a gasp. Dr. Grable did the same. She bled and bled, crying but unable to moan with her ruined throat, and in under a minute she was dead.

“Good God in Heaven,” Dr. Grable murmured, his face as pale as chalk. “I have seen spells like this before, Seiber, with the freshly dead, but never felt them like this before. How is it possible?”

Anton coughed a bit, just to remind his body that his throat still worked. “A happy accident, one that won’t be easy to reproduce without my assistance,” he said hoarsely. “And I won’t give it unless Caroline is freed and allowed to return home.”

Lord Jourdain looked at Dr. Grable with surprise on his face. “What did you see?”

“A woman slitting her own throat,” Dr. Grable growled. “When did that happen?”

Lord Jourdain went very still for a moment. “Almost a decade ago,” he said at last. “This spell replays deaths? Even ones as old as that?”

“Even older, depending on the strongest miasma in the area,” Anton confirmed. “Death leaves a much more powerful trace than most people give it credit for.”

“And you contain that spell within your simple wooden ball?”

“I do.” He looked Lord Jourdain straight in the eye. “Will you trade a useless spy for ammunition that will allow your tanks to function as intended now, today even? I have more of these in my holdall. With proper packaging, they could be deployed over very long distances. And when they land…” He shrugged. “It isn’t physical annihilation, but it’s certainly incapacitating for a time.” And horrifying.

“You agree to stay here and work with us on this matter until we are secure in the results and manufacture of your spell and do not require your continued services?” Lord Jourdain asked.

“Within reason, yes. I won’t stay here forever.” Except he might, if it meant Caroline going free, but he wasn’t going to admit that yes.

“Nor would we want you to,” Lord Jourdain said dryly. “You’ve proven far slipperier than I ever imagined when I first set eyes on you. God only knows what you could get up to here on a permanent basis.” He sat back in his chair. “Agreed. In exchange for your spell, and your assistance in adapting it to suit our tanks, I will have Lady Cuthbert on a ship back to England within a day’s time.”