The Tank: Chapter Sixteen, Part One

Notes:  The big reveals, the little reveals, the cliffhanger reveals! Three more weeks and we're done with this one, darlins. Buckle up! 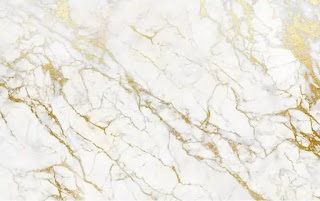 It was only Anton, Lord Jourdain, Dr. Grable and Camille who met in the administrator’s office a short while later. Lord Atwood had lost all interest in the proceedings once the death had been meted out, and Caroline was escorted to her own rooms, to be held under lock and key until Jourdain made decision about her. At least it wasn’t the Hole, but Anton wasn’t inclined to be charitable at the moment.

“What does he mean by assistance?” Anton demanded of his mentor as soon as the guards left. “What did you have to do with this charade? How long did you know this was going to happen?” A sudden thought left him cold. “Did you…have you been planning this since Zurich? Did you know what was going to happen on our journey?”

Dr. Grable held up peaceable hands. “I had no notion back then,” he insisted. “I truly thought we were coming here to assess the production and figure out where the saboteur was here. I wasn’t brought fully on board until a short time ago.”

“But there was no saboteur.” Anton turned to Lord Jourdain. “There wasn’t really a saboteur, am I right? It was part of your ruse.”

“Indeed,” he said, as unruffled as ever as he sat down behind his large, mahogany desk. It was topped with white marble, struck through here and there with gold veins. Suitable for a child of the emperor, Anton thought, because that was who he was seeing here. Not a simple lord, not a societal outcast, not even the powerful keeper of the empire’s intellectual secrets. This was a man who bowed to very few people, and certainly no one in this room. This was a man secure in his personal importance, so secure that he hadn’t hesitated to manipulate them like pawns on a chess board. Or perhaps, more aptly, daisies in a daisy chain, because Anton certainly felt all knotted up right now.

“I needed to accomplish several things in short order,” he went on. “First and foremost, I needed to unseat the simmering rebellion rising in the aristocracy’s ranks, fomented by none other than the more military-minded Vicomte Voclain. To do so, I needed an excuse to get him here. I was going to use the tanks as my lever—he has been asking about them for months, and his brother didn’t see fit to check him—but then, well, Wilhelm was murdered. It was unplanned, but  most convenient.”

“You knew about the cardinal, then,” Anton said. “What he thought about you, what his plans were.”

“Of course. Anyone who’s ever met dear Hrym knows the boy is terrible at keeping secrets. It was simplicity itself to coax the content of his confessions out, and coupled with other things I’ve heard and seen in these corridors, it was no surprise. I was a bit shocked he took matters into his own hands,” Lord Jourdain added, “but then I met the cardinal’s chosen assassin and, well. He made a grave mistake there.”

“But what does this have to do with Caroline? Or me?” Anton asked. “Or, or Camille, for that matter?”

Lord Jourdain sighed, and Dr. Grable winced. Anton couldn’t see what Camille did, since he was standing behind him, but he assumed it was similarly pained. “You really must learn to be more discreet,” Lord Jourdain admonished. “Calling him by his given name? Far too familiar. If Cardinal Proulx could see through your façade, imagine what someone with direct authority over you might do.”

“It’s not my business,” Dr. Grable said in a kind tone that grated on Anton worse than a harsh warning would have. “But you really should take more precautions if you’re determined to carry on with a man, especially one as scrutinized as a lumière.”

Still nothing from Camille. Anton ignored the silence for now. A revelation was brewing inside of him, something big—something that Camille knew to be wary of. Anton just had to figure out what that was.

“Honestly, it all had very little to do with you,” Lord Jourdain said. “Certainly, it was a stroke of luck your knowing Lady Cuthbert, but that is down to the foresight of your mentor, not any of my doing.”

And suddenly Anton knew. He knew what Camille had been doing in Zurich. He turned to look at him, and received a carefully blank face in return. Anton wanted to knock the moustache off this cold, calculated man.

“You were there for Caroline.”

Camille shook his head. “I was there on a personal matter—”

“You were there for Caroline! You knew, somehow you knew that she was a spy and you were following her even then!” It was the only explanation Anton could think of that made sense.

“No, Anton.” Emotion finally cracked through Camille’s stiff exterior—regret, pain, unhappiness. Anton stuffed his urge to comfort down deep inside. “I was there to see you.”

Camille sighed. “A personal matter, I said. Remember? I had not seen you in nearly a year, I had just finished a hellish stint chasing Montgomery and his ilk through countries and across mountains, and I…I wanted to see you again. Lady Cuthbert’s presence was entirely coincidental.”

Anton stared, stunned and disbelieving, at Camille. He stared back grimly.

“It appears Mr. Seiber isn’t the only one in need of a reminder on how to remain discreet,” Lord Jourdain said dryly. “Brother, really.” He straightened some papers on his desk. “Your personal quandaries will have to wait. There is still the matter of what to do with Lady Cuthbert.” He smirked, just a hint of it around the lips, but more than enough to set Anton’s blood to boiling. “She is a comparatively decent prisoner for trade, but given that she was betrayed by someone on her own side, well…” He shrugged slightly. “Perhaps she would best serve as a warning.”

“She is a mother, a wife, a member of the peerage!” Anton protested. “She is precious to them!”

“Not as precious as she is to you, perhaps.” Lord Jourdain tilted his head slightly. “Another lover?”

“No! Not anything like that. Just an old friend.” Anton swallowed hard. “My oldest friend. You must let her return to England.”

“Absolutely not.” His voice was final. “There is nothing you could offer me to allow that. She must pay, one way or another, for her attempt on our sovereignty. She will stay here for the time being, while you and Dr Grable go—”