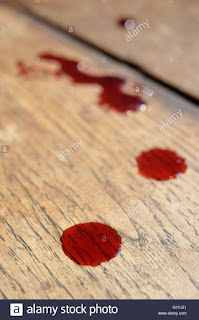 Anton couldn’t keep his jaw from dropping. No, this couldn’t be—no, it was Deschamps, wasn’t it? He’d been there, he’d had the means and the opportunity, he was the owner of the weapon, for the love of God—wasn’t that the reason Camille had had Anton preserve it? To show resonance with Deschamps that no holy blessing could diminish?

Cardinal Proulx smiled gently. “You weren’t even there, my son. And I know, better than most, that you and those like you have no special abilities that lend you insight into matters of thaumaturgy and holy faith. Your zeal is misguided.”

“On the contrary, Eminence,” Camille replied. “My special abilities allow me to see what is truly there, not what might be obscured by belief or influenced by magic. And what I saw when I came upon your party in the mountains was a dead Vicomte, killed by what would have been an impossible shot from anyone outside the train car unless they carried a weapon that never missed. They did not carry weapons like that. If they had, then people like Lady Cuthbert would have no need to risk their lives in one of the most secure intellectual bastions of the entire Empire. They would take what they needed from bandits and brigands, and the world would be much poorer for it.

“I saw Lady Cuthbert shaken, her maidservant dead from the crash,” he went on. “I saw both thaumaturges damaged and weary from fighting back with magic, but not with their hands. I saw Monsieur Deschamps shaking in his boots, and as I have had opportunity to both travel and fight with him before, believe me when I say that I understood his state of being, both mind and body, as inconsistent with an aptitude for assassination. And then there was you.”

He steepled his fingers and deepened his voice a bit, captivating the entire room. All eyes were on Camille, although Anton managed to glance away a few times to look at the rest of the audience. The men beside and behind the cardinal were tense, and growing more so with every word. “You,” Camille intoned, “with your many years served in the military, first as a fighting man, then as a soldier’s priest, unafraid of saving souls on the battlefield. You, with your abiding faith and your keen knowledge of the emperor and his personal affairs, after you were given your position here. It can’t have taken you long to understand what this place is, not when so many come to you with their confessions. I have never done so, and I know Lord Jourdain has not, but you didn’t need us to, did you? You were clever enough to see the truth for yourself.

“God himself could not let it pass unpunished,” Cardinal Proulx replied after a long moment, his wizened hands tightening on the beads of his rosary. “I am a man of God, first and foremost, and his instrument in all things. The Lord Himself brought knowledge of the emperor’s foulness to me, that I might be a means of cleansing it. After all, an empire is only as great as the man who sits at its head. What good to God is a man who is so accursed in His sight that all his children are born soulless?”

There were gasps, including one from the new vicomte, who looked stunned. Clearly, whatever deal he’d struck with the cardinal, it hadn’t included this information. “Abominations?” he asked, his voice harsh. “Those who are unseen and unloved by God?”

“Ha! This, this—this is the information we need to overthrow the emperor!” Voclain stood up, a vicious grin on his face. “This will topple him! A new ruler can rise in his place, one secure in his favorable position as a true son of God!”

“No,” Cardinal Proulx said, as gentle and dampening as a summer rain. “The time for such things has passed. God himself has forsaken this empire. It must be tumbled down, for the sake of every soul within it, and built anew.”

“I have accepted that we are living in the end times of the French Empire,” Cardinal Proulx said, spreading his hands as if indicating the world around them. “It has rotted, as all empires rot eventually. Whatever rises to take its place, it will at least not be led by a man who creates monsters.”

“You’re a monster.” The words slipped out of Anton’s mouth before he could stop them. “You condemn whatever you feel you can’t control, and you’d rather tear down a functioning state and hand its tatters over to a bunch of infighting anarchists than accept that there are things even a man of God isn’t meant to understand.”

“What does a young man like you know of God?’ the cardinal asked, his gaze piercing. “A thaumaturge, already close to blasphemy with every equation you design, and an invert as well? No, my son.” He shook his head. “You are as damned as they.” He stood up and faced the six of them—Anton, Jourdain, Camille, Caroline, Dr. Grable, and Lord Atwood. “You are all stains on the honor of God, and as such you must be removed.” He pulled a small gun from his cassock. “There are only five shots within it, but if God is with me, perhaps one of them will ricochet.”

Deschamps, who was pacing and tugging worriedly on his amulet, suddenly turned wide eyes on the cardinal. “Wait! Don’t—”

Five shots fired in rapid succession, each of them out of the barrel before Anton could do more than shout and lunge forward, before Caroline could even scream and throw up her arms. The silence afterward was broken by a single low groan, then the slump of bodies hitting the ground.

Not the bodies the Cardinal had hoped would fall, though.

Vicomte Voclain and his two men-at-arms collapsed with clattering thuds, two of them bearing holes in their chests, the vicomte himself taking a bullet straight through the forehead. Another one hit the cardinal, severing the cord holding his rosary together before driving straight into his heart. Jet and ruby beads scattered across the floor as the cardinal folded, going down to his knees like he was invoking one last prayer before toppling over onto his side.

The last bullet bounced once, twice, then out a window. There was a brief squawk a moment later. Camille went up and looked out through the hole. “Pigeon,” he noted.

“Better than a mouse in the wall,” Lord Jourdain said calmly. “We’d have to take the room apart to get rid of the smell.”

“What…you…” Monsieur Deschamps looked from person to person, his knees knocking together so hard they seemed almost incapable of holding him up. “How…what …”

“Look at you, milord,” Camille said pleasantly. “You truly do create exceptionally competent protections. This is the second time you’ve avoided being taken out by that particular spell.”

Lord Jourdain smiled thinly. “The third time is the charm, as they say. We’ll see how well it protects you from a noose. Guards!” A moment later, two liveried men entered the room, doing their best to look unperturbed by all the bodies on the floor. “Please remove Monsieur Deschamps to his own room in the Hole, for the time being. Keep him well away from our other guest, if you please.” The men nodded, and each one took one of Deschamps arms, leading him and eventually dragging him out, as he finally collapsed.

Anton felt close to collapse himself. He glanced at Dr. Grable for guidance, but all he saw in the older man’s face was reluctant admiration. “A pretty trap, Lord Jourdain,” he said.

“I could not have done it without your assistance.”

“Assistance with what?” Anton shouted. He was easily the lowest ranking person left alive in the room, but by God he was going to have his say now. “What was this all about? Really, truly, what was it about? And I don’t want to hear it from you,” he snapped at Camille as his lover stepped forward. “I’ve no interest in having you lie to me with a straight face again. What is going on here?”

Lord Jourdain stood up. “I’ll explain it to you, once we’re in my office and away from the offal on the floor,” he said, motioning for more servants to enter. “Come along now.”