Notes: Oh my gosh, what a whirlwind week it's been! I've got another post coming up with some BIG announcements in it, but first, let's have some story, shall we? 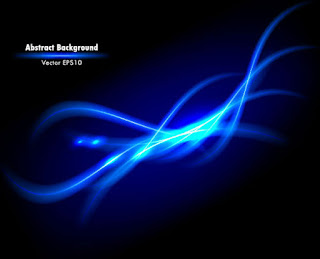 Anton considered himself to be comprehensively well-versed in the art of thaumaturgy. Yes, his specialty had nothing to do with massive moving contraptions such as this airship, but he’d taken all the basic classes of spellwork and had a decent understanding of both engineering and design, thanks to his father’s abilities as an inventor. He wore a translation device that tuned the ear and the tongue to expertise in seven different languages, for heaven’s sake. This airship, while impressive, didn’t immediately stun him into awe.

What stunned him was the look on Caroline’s face as she was escorted inside and settled down, along with plenty of extra padding, to strap in. She seemed positively rapturous, her eyes darting all over the place, her mouth slightly agape as she took it all in. Caroline was better at pure equational thaumaturgy than Anton by a longshot. She wasn’t the greatest at putting her creations into practice, but as theoreticians went she was one of the best in all of England. The fact that she appeared so intrigued was interesting, and also alarming to Anton. If Camille caught sight of her now, he would know something was going on.

Monsieur Deschamps and Cardinal Proulx were settled in a few minutes later, with Camille completing their sextet on the far end. Anton couldn’t see him from where he was sitting, and he was all right with that—he had more than enough to worry about without staring into the face of his lover and wondering if the man meant to give him the cold shoulder for the rest of their time together. He thought about the bodies in the hold below, Caroline’s poor lady-in-waiting and Voclain, who was a bastard but who still shouldn’t have died that way. He thought of the fine holster tucked inside his own vest, and of the too-numerous possibilities for the true identity of the vicomte’s murderer.

Anton took one self-indulgent minute to close his eyes and wish that he hadn’t accepted Dr. Grable’s invitation to join him in Paris, to try and imagine the arc of his life if he’d refused to go along with it. Poverty. Disgrace. Personal and professional dead ends. Perhaps jumping both feet first into a potential murderous conspiracy was worth avoiding those fates.

A low whirring, starting so faint that for a minute Anton didn’t even realize what he was hearing, finally registered in his ears. The ship wasn’t moving yet, but the engines seemed to be warming up. Somewhere beneath him, a horrendous creak emerged as a disconcerting counterpoint to the whirr.

“What the bloody hell was that?” Deschamps shrieked. Anton was glad someone else had said it, because the same words were on the tip of his tongue.

“Something in the engine room!” Caroline shouted back, looking excited. “Probably linked to their method of lift!” She stared about their little cabin, entranced. “Look at the auras!”

Auras? Aura-viewing was the basest level of thaumaturgy, something even hedge-witches could do. Nevertheless, Anton took a deep breath and centered himself as best he could, ignoring his aches and pains and the horrible noise and clearing his mind of everything but the thought of magic. When he opened his eyes—

“Oh.” Oh. My. God. Spellwork spiraled all around them, equations pounded into the actual fabric of the metal at their backs and beneath their seats. It glowed a bright, silvery blue, and crossed its own path over and over again, a near-infinite loop of powerful symbology made flesh—so to speak—in the ship. “Sir.” Anton turned to Dr. Grable, but the older man had actually managed to fall asleep. It was probably for the best, what with the pain he had to be in, but Anton was disappointed for his sake. This was a wondrous thing to see.

“The beauty of the holy design of the Lord our Father,” Anton heard the cardinal murmur. Despite not being much of a religious man, he had to agree with the sentiment.

The ship was practically in the air before Anton registered it, he was so absorbed in the movement of the spells. The groan got louder, the whirr intensified, and Anton could tell from the way his stomach suddenly swooped into his throat that they had achieved lift. Incredible. They were flying!

I wish I could see it, even though there is nothing to see outside but the dark of night. Flying!

The ship gradually grew colder as they gained altitude. Interestingly, the colder it became, the softer the groan, until by the time Anton could no longer feel his fingers and toes, the only thing making noise was the whirr. That was when he looked beyond the auras of the spells and saw the first hint of the Nothing’s residue seep into the room.

It fell up through the floor and down through the walls in a ghostly shimmer, almost ectoplasmic—not the result of spells, not this. Monsieur Dechamps whimpered and shut his eyes tight, and the cardinal began to speak a simple prayer, but Anton watched the glittering waves pass through the cabin, through them, and knew that by being in this ship, he was living in the mind of a genius. Whoever had invented it was brilliant, perhaps even more brilliant than his father. If France had practitioners of this caliber on their side, then the rest of the world had better be on its guard.

It looked like Caroline might be thinking the same thing, if the thoughtful grimace on her face was any indicator.

Please don’t do anything to risk yourself. Anton could commiserate with her situation, and the fact that she was being flown to the heart of the empire’s intellectual war machine in a cutting-edge piece of thaumaturgy and engineering certainly had to be tempting, but the risks were so high if she was caught.

It wouldn’t be your problem to solve, Anton reminded himself, but even as he thought it he knew it for a lie. Caroline had helped him through some of the darkest times in his life, and he couldn’t abandon her just because she’d chosen country over common sense.

Another lurch in his stomach and throat told him that the airship was changing its angle. They were heading down now—back toward the earth from whatever height they had soared to. Next time—if there ever was a next time—he would ask to be released near the end so he could at least watch as they came in for a landing.

The groan came back with a vengeance, and the strange sheets of plasma vanished as the noise rose. Finally the ship set down, and the auras of the thaumaturgical equations faded into the background until they disappeared completely.

“Here at last,” Camille said from over to the left. “On behalf of his Imperial Majesty Napoleon the Third, welcome to Paris.”
Posted by Cari Z at 11:17 AM