Notes: Have some cranky, starstruck Dr. Grable and Anton wondering why he got up out of bed for this ;) 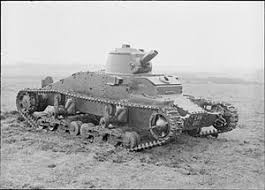 Well, not shaking per say, more of a continual low rumble that caused a light vibration in the exquisite marble flooring that traveled up the metal frame of the bed in such a way that was just enough to break through his unquiet slumber. Anton hadn’t slept well, despite his immense fatigue and the demands of his body, but that wasn’t the bed’s fault.

It was someone’s fault that he was awake right now, though—whoever thought that driving a plow right outside the window of an imperial building was a good bloody idea. How many ­horses—no, wait, this was all new-fangled technology, wasn’t it, it was likely to be something automated. Anton growled under his breath before sliding out from beneath the down comforter—lord, his chest and back had tightened up terribly overnight, he was going to need a long soak in a deep tub to rid himself of that ache—and onto his feet. He limped over to the window and opened the shutters, quite prepared to open the glass next and shout at his tormentors.

He was not expecting to see the thing that rolled by. Anton was struck absolutely dumb by it, his brain as tied up as his tongue seemed to be. He had never seen anything like it before. It was a…no, not a train…and not an automobile, he’d seen pictures, they looked nothing like this. This was like a metal box traveling about on rolling pins, or something quite like them. It was odd and blocky, and would have looked entirely ridiculous if not for the very long, big-bore cannon sticking out one end of the box. That took the contraption from fanciful to fearful in a heartbeat.

What in God’s name was the Empire experimenting with? Not just a cannon, but a mobile one—Anton was willing to bet that those odd conveyances at its base did a decent job on a wide variety of terrains. Presumably there was a person inside the box, perhaps two, one to drive it and another to load balls into the cannon. The box itself was metal—how thick, Anton couldn’t say, but probably dense enough to turn aside most infantry-level firearms. This contraption could turn the tide in an increasingly-frothy battlefield.

He was so engaged in watching it, he almost forgot about his injuries until an injudicious lean forward made his entire back spasm. Good grief, that tree had battered him from tailbone to skull. He couldn’t imagine he had time for a bath now—and no idea how to use or even identify the vaunted “communication system” Cardinal Proulx had mentioned—so that much would have to wait, but he could have another decent shower. The water was surprisingly warm. Then he would find out more about that incredible machine.

Anton was surprised, and a bit perturbed, to find that his personal things had been delivered during the night. He should have remembered that it was far from unusual in a sufficiently elevated household—or whatever this was—for servants to do their work as though the guests weren’t even there, but if he had remembered to set his customary warding spells, it could have been dangerous to someone. Anton would have to ask if he was allowed warding spells here, actually. He’d gotten into the habit of it ever since arriving at university, but here he wasn’t a paying student—he was a guest. At any rate, he found his trunk and his holdall and, after the shower, a covered tray by the bed containing coffee and the flakiest, richest, most delectable croissant Anton had ever eaten in his life. He devoured it with all the care he could muster—it wouldn’t do to get crumbs on his suit—and sipped at the coffee with a feeling of reverence. Tea would have been nice, but on a morning like this, coffee was even better.

Anton made sure his clothes were neat, his tie straight and his jacket as unwrinkled as he could get it before putting his translation plate back in—it never handled pastry well—and heading for the door. He opened it, took one step out of his room and was immediately met by a servant in the same gold and blue regalia he’d seen last night. “Mister Seiber?” the portly man asked in a reserved tone.

“I…yes?” Who else would be stepping out of his room right now?

“I have instructions to direct you to the infirmary so that you may confirm for yourself the status of your employer, Dr. Grable. If you would be so kind as to follow me?”

Wait, he was still in the infirmary? “Is he all right?” Anton asked.

“Apart from the broken leg, I believe he’s quite well, sir.” The man’s dry tone could have evaporated a spring shower. “This way, if you please.” He led Anton down the main hall, took a sharp left halfway to the grand doors Anton had entered through last night, and finally stopped in front of a thick white door in a gilded frame. He knocked, and a moment later the door opened.

“Finally!” the physician—and she had to be a physician in that outfit, as brightly white as the door but elegant enough to stand out in a crown—snapped. “He has been asking for you all morning, this one. It would have been all night as well, if he hadn’t taken a dose of laudanum.”

“Which I wouldn’t have taken if you hadn’t put it into my water, you devil woman!”

Anton relaxed a little at the sound of his mentor’s voice. The physician scowled. “Is he always this irascible?” she asked, dismissing the servant with a wave and closing the door. The infirmary was relatively small, but beautifully well appointed—not a military setup at all. There were only four beds, but the sheer amount and expense of the equipment surrounding them was impressive.

“Only around people who challenge him,” Anton replied honestly.

“She doesn’t challenge me, I am not challenged by a woman who is little better than a woodcutter but with bone—”

“And I am far from cowed by a man whose only claim to being a doctor is lifting himself high up into an ivory tower so that he might piss upon those beneath him,” she snapped back, stalking over to the bed that Dr. Grable was laid out on. He was sitting up, actually, his leg quite expertly cast and a dire look on his already-dour face. “And if you do not continue to lie down, I will have my orderlies tie you to this bed for the next six hours, just see if I don’t!”

“I’ve had better treatment from the enemy!”

“Excuse me,” Anton broke in, self-conscious but also increasingly worried about the prospect of bloodshed. “Doctor…” He glanced questioningly at the woman.

“Dr. Wictoryn, if you would give me leave to assist Dr. Grable in one of those moving beds today—”

“Or something like it, I promise I will keep his efforts to an absolute minimum today.” Anton smiled apologetically. “I fear if I don’t, neither of you will get much accomplished today.”

“I have wheelchairs,” she said with a sniff. “I can make one available to you. But I will be relying on you to attend to his every need, is that understood? If he returned to me worse than I left him to you, I will be most displeased with you, young man.”

Anton felt a genuine frisson of fear, oddly coupled with laughter. “I understand completely. Thank you so much.”

“Hmph.” She left the room, and Anton turned back to Grable expecting to be yelled at. Instead, his mentor was grinning at him.

“Quite a firebrand. And so she should be, otherwise she would be trodden underfoot in a place like this. But enough of that for now, lad. Tell me, did you see them this morning?”