Notes: Not long, but informative. Things are getting kind of weird for Cas. But whyyyyy? 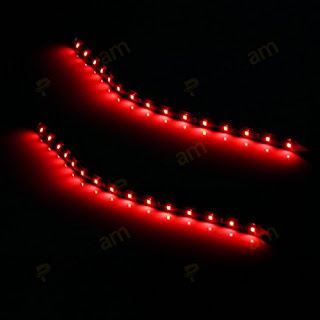 “Oh, damn it,” Dr. Weiss said with a sigh as a strip of glowing red crystals lit up along the edges of the floor. “Not again.”

Cas had recovered himself enough to sit back on the bed before the doctor turned around. He felt like he’d just been kicked in the chest. “What’s going on?”

“The power is down. This is the second time this morning.” Dr. Weiss tapped the medical tablet. It didn’t light up either. “What…oh, for…” He put the micro-syringe down on the table and turned to Cas with an apologetic look. “I’m so sorry, Beren, it appears that we’re having some sort of electromagnetic event. It’s affecting all the electronics.”

Cas pointed at the floor. “What about those?”

“Those are gas-reactant crystals that only come on in emergencies. I can’t believe this.” He sounded sincerely angry. “The EM shielding was supposed to be in place before we got back from our mission. I’ve got too many patients who’ll suffer if the power is interrupted for long. Do you mind waiting here while I check on some of them?”

“Thank you. I’ll be back very soon.” Dr. Weiss turned and left, and Cas breathed a sigh of—relief? He wasn’t quite sure what he felt was clear enough to qualify as relief, but there was definitely an element of avoidance to it. Not to mention…

This is your chance to change your results. Take advantage of it. The tablet might not be working but the micro-syringe was right there, still glowing the green of a sound sample inside. Cas picked it up, found the tiny mechanism that kept the needles pristine, and carefully pried it open, just enough so that it would look like maybe it had been banged into a wall or dropped on the floor. He heard he tiny hiss of air that accompanied the fracture, and a second later the light went from green to amber. They could call him in for yet another sample, of course, but if he was lucky the data would simply be uploaded and he could challenge any questions it brought up due to the loss of power.

Speaking of—all of a sudden, the lights came back on. The tablet sprung to life as well, opening to a blank Imperian military load page rather than his medical file. That was unfortunate, but not a complete loss. This might be Cas’s best chance of doing a search without being monitored. At least, not completely monitored. If the lights were on then he was probably being recorded right now, but he had a sense of how Imperians liked to stage their cameras at this point. If he turned just so, and tucked the tablet in close to his body while still looking like he was watching the door…it wasn’t perfect, but this wouldn’t take long.

Cas enhanced his hearing as much as he could while opening the search function. The tablet was meant to be used via the AI, but it could still be accessed the old-fashioned way, and Cas preferred not to speak now if he could help it. Cas typed in the name of woman Christala was imitating—Danie York—and waited to see if anything came up.

This was no generic search function available to the citizenry—this was a military search engine, and he ended up with far more information than he’d been counting on. Danie York, 29, Delacoeur-Leelinge transplant, permanent resident. It rattled off her arrival date, her home address and the name of her immigration contact. Apparently Danie did all her translating from home, a small apartment in one of the outer districts of Obsidian. The only other bit of information there was that she was a member of a professional linguistics club that met once every Imperian month. Their next meeting was scheduled for—two days from now.

Cas had to be there. The apartment would be hard to access, being so far from his new home, but this place was fairly close to the arcade. He’d come up with some reason to go out, or—

Or just be honest about where you want to go. The fewer lies you have to tell Rone, the better. It was worth a try, at least.

Footsteps sounded in the corridor. Cas got the tablet back into position and himself back on the bed a few seconds before Dr. Weiss came around the corner. “I’m sorry again for the interruption,” the doctor said. “It’s a mess out there.” He took the micro-syringe and injected it into a receptacle on the wall, then picked up the tablet. “Let’s take a quick look and see where you’re at…”

Well, damn. Cas had been hoping he’d delay analyzing anything until Cas was safely gone. What was his next move? Feigning the fall wouldn’t help him now, not when the doctor hadn’t taken another sample yet, and he’d compromised this device but—

That sounded grim. “Oh no?” Cas asked timidly, while inside his phage raged with swelling energy. If he had to make a run for it, this was the worst place to do it.

“All the files from the last week are missing!” Dr. Weiss frowned darkly at the screen. “The EMF shouldn’t have tampered with the memory systems, those are—what the—AI, trace error.”

The man scoffed. “How can it be unavailable?”

“The system does not recognize that an error has taken place.”

Dr. Weiss looked like he wanted to beat the tablet against the nearest wall. “Well, that obviously can’t be right, because a significant portion of my files are completely gone. Scan for missing data.”

“The system does not recognize that any data is missing.”

Dr. Weiss shut his eyes for a moment, then looked at Cas. “I’m sorry, Beren, but we’re going to have to end things here for today. Without functioning data storage, I can’t guarantee any results I might get.”

“I understand. I’ll just…see myself out.”

Cas pushed off the bed, shook hands briefly with the doctor, and headed into the hallway. He was pulsing inside from the sudden release of tension, like skin that had been squeezed until it bruised. Whatever had just happened, it had saved his ass.

But what had just happened?
Posted by Cari Z at 9:18 AM