Notes: ***New note: there's a POV shift in here that crept up on me. I don't have time to fix it yet, but I will asap. Please don't hold it against me!***

Hi darlins! Not the longest post today, but we'll have some genuinely tense moments next week. Read and enjoy :) 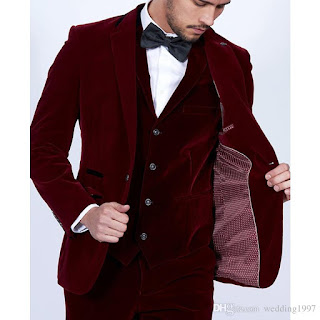 Waking up was abrupt—strangely so, considering that usually when Cas was in bed with Rone his husband took pains to move softly and silently. This time—and the only excuse Cas could give himself was that he was exhausted—once Rone pulled back the bedroom curtain, light from the artificial sunrise that it concealed pouring onto the bed, it was clear to the newly-awake Cas that he’d already been up for quite some time. He was dressed in his military uniform, and something about the briskness of his steps was weirdly off-putting.

“Rise and shine,” he said, glancing Cas’s way with a small smile. “It turns out we’ve got a lot to do this morning.”

We? “I thought you would be busy with the riots today,” Cas said, pushing up to a sitting position. The sunrise became a clear blue sky a moment later, which made him want to scoff. He’d never seen a sky that color, not on Leelinge or Imperia. Did skies even come that shade of blue? Probably just Old Earth propaganda.

“Those are dying down now that the camera system is up and running again,” Rone explained. “The air scrubbers in the city finally managed to catch up with the ash, and our technicians finished their work a few hours ago. There are still a few glitches in the power grid here and there, but they’re not enough to keep me from accompanying you to your appointment.”

“Oh, did I not tell you yesterday? I must have forgotten about it in all the turmoil with the children. Dr. Weiss is ready for your follow-up examination.”

“And it’s going to be on base, and since I’ve got to look over a few things there this morning I thought I’d accompany you,” Rone continued, glancing at his wrist. “We’ve got to be there in under an hour, so please be quick getting ready. And don’t worry about the children, I sent them to the palace with a full escort. I figured you could probably use a break, so my sister-in-law will look after them for the day.”

That was actually kind of disappointing. It wasn’t that I wanted the kids to hero-worship me, and I knew that I was running a risk with them now that they knew I could fight. But…we’d just started getting along. Four days of hell, then one lovely afternoon of friendship, and I didn’t even get to see them off this morning.

Rone nodded his head at the bathroom. “I’ll have breakfast ready for you in fifteen minutes, if you want to shower before we leave.”

How thoughtful. “Thank you, I will.” He left, and I forced myself out of my warm, comfortable bed and toward the bathroom.

Ow. Owwww. My muscles were sore from yesterday’s endeavors, which was funny in a not-at-all-funny way because usually the phage compensated for little things like soreness. But I was taxing my phage, making it work harder than it had ever worked before, and it apparently didn’t have the energy to spare making sure I could walk without wincing.

I made the shower as hot as I could stand and gave the phage a little break once the steam rose up. I touched the familiar rise of my real nose, the hollowness of my cheeks, the lines on the outside of my eyes. I felt exhausted, tired in not just body but in soul. I was sick of pretending to be better than I really was, sick with guilt over inhabiting my brother’s memory. I needed to get with the avenging, and I needed to do it fast.

First, I had to survive this damn trip to the doctor, though.

What would he do, take more blood? As long as it resembled my first sample, I could claim the theory about childhood illness had to be the right one and probably get away with it. Then again, this was an established medical wing inside a permanent base, not a mobile camp set up on a distant planet or a small medbay in a ship. Dr. Weiss probably had access to some truly amazing technology here. Which meant that if I was going to be sure about getting away with my charade for a while longer, I needed to make Dr. Weiss modify my data to be normal willingly. Which meant…it was time to try making a thrall.

I didn’t want to make a thrall. The thought of having anyone other than Christala completely under my power was disgusting, but it was the only way I could think of to ensure that I wouldn’t be found out. I’d never done it before. I knew the theory, but it was considered too risky to the recipient to attempt in most cases, because these were people you wanted alive. Killing someone was easy. Controlling their mind was hard.

It didn’t matter. I had to do what needed to be done, and if that meant turning Dr. Weiss into a temporary—temporary only—thrall, then it had to happen. I tried to clean the bad taste out of my mouth with a toothbrush, then dried off and dressed in a simple red suit that straddled the line between “modest” and “member of the royal family” thanks to the luxurious fabric. The clothes felt like a warm caress against my tight, tired skin. I made sure the phage was fully engaged, then headed out to the kitchen.

Rone had plated some sort of hash, a bunch of different things cooked up together that I hardly recognized, and prepared a cup of coffee for me. I sipped—mmm, sweet. It was just how I liked it, even if I rarely bothered to make it this way. I took a bite of the food and almost moaned at how good it tasted. The plate was full, but I was done with it by the time Rone turned around with his own meal.

“Yeah. Yes.” I wiped my mouth with my napkin and tried not to look greedily at his own, smaller plate. “I didn’t know you could cook.”

“There are a lot of things you don’t know about me yet,” he said conversationally as he sat down. “But as soon as the riots are completely under control, I’m hoping to change that. We should spend some real time together.”

“And the kids,” I added, because they’d be devastated to be left out.

He smiled. “Of course. I’m sorry it had to happen the way it did, but I’m glad Lilah won’t be throwing tantrums for you anymore.”

“Eh.” I wiggled my hand from side to side. “Let’s give it a few days and see before making a pronouncement like that.”

“No, Lilah’s loyal. Once you’re in her good graces, you’re there forever. Even the people who betrayed her she still regards as loved ones, despite them not deserving it.”

“Um…” I didn’t quite know what to say to that. Luckily, Rone filled in the blanks.

“You look like you’re still hungry. There’s more on the warmer.”

“Thank you.” I picked up my plate and went for seconds, grateful for a little break from sitting across from Rone, under his scrutiny. He seemed unusually intense today, for him. It was probably just residual nerves from yesterday.