Notes: One more chapter of exposition, and then we get some action! And by action I mean "creepy crawly violence" as opposed to "hot sexytimes." Sorry! 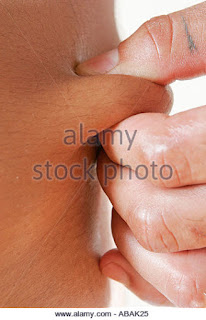 There were a lot of things that Imperians didn’t understand about the relationship between native Leelangers and late-coming Delacoeurians. That, in and of itself, was completely fine—Cas knew that he’d be just as lost when he joined Imperian society, and the amount of learning that he had ahead of himself was daunting, to say the least. It was a condition he was willing to meet in order to pursue his goals.

Really though, the Imperian diplomatic corps should have done a better job of supporting their own goals by learning more of the nuances of the people they’d crashed in on. Leelangers could pretend, they could act, they could say whatever they wanted, but when it came right down to it—the people in charge would always, always try to kill a Delacoeurian rather than let them go.

Part of it was religious fervor, a holdover from the original settlers’ more rabid views about being God’s chosen on this planet, and seeing any impingement on that as a mortal offence. Times had changed enough that Leelangers wanted their piece of the system-wide economy, but not so much that their “invaders” could ever be looked at with anything other than a desire to destroy. Modern entertainment painted every bad guy as a Delacoeurian, looking to steal money, food, children—anything they could get their grasping, mud-covered hands on.

Even the people who’d done the best at distancing themselves from this kind of thinking knew that the surest winning proposition to their people was a strong anti-Delacoeurian stance. Once—and only once—had the two sides met to discuss a peace deal, seventy years ago.

It had been scuppered before it began, ending with forty-two casualties. Cas’s own great-grandparents had died at that conference, shot to pieces by a trigger-happy Leelanger who went on to get a medal for it.

Cas’s own prejudices had been shaped by these stories, the memories his parents and grandparents had passed on to him. Life had taught him that almost all of the things he’d learned from them were true. And that meant that he knew, knew, that he should expect the Leelangers to try and come after him before the Imperians left. He was the holdout, the loose end, the one who should never have gotten away. They would come for him, treaties and agreements be damned. And he, naturally, would be ready for them.

It all started with the splice.

Splicing was an advanced talent with a phage, hard to learn and harder yet to maintain. The phage resided in almost every cell of Cas’s body, and could be directed to reshape him at his mental command. To work, though, it had to stay connected to him—fed by his blood, fueled by his oxygen. A splice took a piece of him and separated it out, to be used as fuel for the phage that resided in it. It essentially cut off a little bit of Cas, set the phage inside it to feed on it, and let it act as a decoy.

For his vital stats to look realistic, Cas reckoned he’d need a piece about as big as his earlobe to splice away. It was a lot, but if he was lucky he’d be able to preserve and reattach it. The five times he’d spliced before, he’d been able to reattach four of them. The fifth had created a divot in the skin over his hip that still puckered when he walked.

This time he went with the skin of his inner thigh. Cas lay back on his bunk, alone at last, and concentrated all his energy on creating a tiny mirror of his body. Heart rate and circulation, temperature, blood pressure—a lot went into creating the perfect splice. It was a good thing he’d trained his phage so extensively, because otherwise the little piece would exhaust its resources and die within minutes.

As it was, the phage knew how to prolong the splice for…oh, Cas figured that this one would last around an hour without attachment. Not his longest ever, but really, he shouldn’t need much more than that. After all, it wasn’t like he was going to be doing the hunting here.

The phage and its bit of body pulled and stretched, until it was only connected to Cas by the barest thread of connective tissue. Good. He pressed it flat against his leg, willing it to stay close, then in one smooth motion pulled the earlobe com free and reattached it to his leg. It shouldn’t have registered as more than a blip on Rone’s radar, not concerning enough to check out. Almost done.

The only question remaining was—when would the Leelangers mount their assault, and how? The direct approach was off the table—that would require answering to Imperian firepower. The Imperians might be stupid when it came to diplomacy, but their destructive capabilities were second to none. Plus, they wanted to keep their trade deal. It would be covert, then, and probably very soon—if Rone was right about raising hell over the surveillance, then the pressure was on. They’d have to move, or cause an interplanetary incident.

Of course, Rone and Darven had completely overlooked the fact that viewing technology wasn’t limited to Imperians.

They were still watching—he was sure of that. It might be from a mile away, but they were watching. They wanted him dead, wanted him exposed as a fake to the Imperians, as a new reason for them to distrust the few of his people who remained. This was their goal, and they’d stop at nothing to accomplish it.

When he didn’t walk out that front gate, alone and easy to target, they would resort to quieter, more difficult means of taking him out. Cas was ninety percent certain that sometime tonight, the Leelangers would let Eaters loose at the camp.

Cas shuddered, a little embarrassed at his visceral reaction but unable to contain it. Eaters were the Leelanger’s answer to phage enhancement, their own version of bending nature to their will. The phage had natural predators down in the caves, and the largest of those was a simple organism similar to a slime, which overwhelmed and consumed the phage. The Leelangers had found a way to integrate that organism into other animals, and the result was an Eater—a small, fast, carnivorous beast reshaped to hunt down and target carriers of the phage.

They were resilient, hard to track and even harder to fight. Cas had some tricks up his sleeve when it came to Eaters, though, and probably a few hours to put his expertise to good use before they found him.

You could tell Rone…

No. Impossible. Better to take care of this on his own than even hint that there might be something unusual about him, something that made small, sleek assassins seek him out in the night. He’d be fine.

Cas didn’t have any other choice.


https://www.gettyimages.com/detail/photo/man-pulling-pinched-skin-high-res-stock-photography/89127256
Posted by Cari Z at 10:25 AM