Notes: More Mutable, on a day when I really need something fun and positive in my life. I hope you enjoy it--it's the wedding! The very brief, truncated wedding. 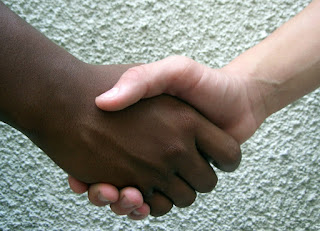 Marriage had never been a very important part of Delacoeurian life. In fact, it had been practically nonexistent during their peoples’ tenure on Leelinge: when there were so many more important things to take up your time, who wanted to bother with something as trifling as marriage? There were no societal benefits to be had from it, no ethereal, heartfelt lessons to take from it.

Functional, practical partnerships, now, those were things that paid off, but overall Delacoeurians survived as a group, not just as pairs. You grew up, you had children, you raised yours and others, you fought for them and lived for them and died for them. Rinse and repeat. Over and over. Having a sibling was nice, having both your parents was special, but them having each other? It was neither common nor particularly wished for.

At least, for the most part. Things had changed a little in the last decade of Cas’ life, when Leelinge entertainment began to filter down into the black market. Specifically, this was when the young Delacoeurians were exposed to their telenovelas. When Cas was fifteen and Beren was only four, and their mother had just died of infection a week earlier, Cas stole a viewer that was loaded with a copy of Passion Nights. It was, he’d eventually come to understand, one of the most overblown and ridiculously dramatic Leelanger shows ever produced, and he’d learned to despise it, but Beren had always loved it. The central plot was based around two families, rivals for money and power, whose children fell in love.

There was backstabbing, betrayal, dirty fighting—all valuable lessons about the lows that Leelangers would stoop to in order to have their way. But there was also a tender central romance between the young couple, eventually culminating in the grand event of the entire show: their wedding. Beren had been captivated, and after that, he’s spoken of marriage as something to aspire to.

“Wouldn’t it be great, Cas?” he’d said time and again. “To have someone who loved you enough to bind themselves to you like that? It’s such a commitment.”

Cas had scoffed. “You think I’m any less devoted to you just because we’re brothers and not married?”

Beren had blushed. “No, of course not, but it’s different.”

“Why is it different?”

Cas had assumed at the time that Beren was referring to the sexual component inherent in marriage, which frankly he didn’t give a damn about. If he had an urge, he could ask someone to help him fulfill it. To waste time on romance was exactly that, a waste, not to mention unreliable. Sex could be had anywhere, but family was blood.

Beren had wanted to be a part of that strange institution, though. He had craved a deeper connection with someone, someone not bound to him by family duty and affection. He hadn’t had time to find it, and now he never would, but it hit Cas like a fist to the heart as he sat there across from Rone to think that, somehow, he’d fallen into living out his brother’s dream. It wasn’t the deep, loving connection Beren had imagined, but all of the dramatic elements were there. Beren…he would have loved this. Given enough time, he probably would have loved Rone, too.

To his shock, Cas found tears welling up in his eyes. He wiped them away, but not before Rone noticed.

“Beren? Are you all right?”

Gods, Rone was calling him by his brother’s name, and if anyone deserved a kind and gentle human being like Rone it was Beren. Cas was living out his brother’s stolen future. In that instant, he wanted to stab himself somewhere just to take his mind off the pain in his chest.

He needed to reply, though—Rone was looking more and more concerned, and the last thing Cas needed was for him to consider calling this whole thing off because the man he was intent on helping was mentally unfit. He inhaled a shuddery breath.

“I was just thinking about my brother.” The best lies were ninety percent truth; it was as good a place to prevaricate from as any. “He was my only family from a very early age. He never had time for something like marriage—it wasn’t really an institution for our people—but he always said if any of us was ever going to get married, it was me.” Cas tried on a smile. “It’s just kind of funny how right he was. Right for the wrong reasons, but still.”

“Beren.” Rone’s voice should have been illegal—he could probably order his troops into sinkholes and they’d cut in line to be the first to jump. “I know this is far from ideal, but I promise you it’s not permanent. We don’t have to be married any longer than necessary to ensure your safety. Once that’s done, we can get a divorce and you’ll be free to live your life however you wish.”

Cas shook his head. “You don’t have to apologize for doing so much to help me. I should be apologizing to you—I’m screwing up your career, maybe your whole life, and for what? Lieutenant Commander Jepson was right. I don’t have any truly desirable skills.”

Rone shrugged. “Skills can be learned. Nobody is born knowing how to fly a spaceship or be a neurosurgeon. You can be whatever you want to be, as long as you put the time in. And as far the skills you do have are concerned, they’ll be far more useful to me than you might think. I have two children, ages nine and five, and I’ve yet to find an actual human caregiver who can handle them. I don’t want my kids to be raised by nothing but their AI nannies while I’m gone. If you feel like helping me in any way, I’d ask you to start there.”

Ah good, a task! A way to increase his value to Rone while insinuating himself deeper into his cover. It was another good lever for Cas to pull. “I’d be happy to help look after them. What are their names?”

Cas didn’t get to hear what they were, because at that moment Darven stalked back into the tent, trailed by a confused-looking Private Fillie. “Let’s get this done,” he said. He had a mempad open in one hand, and set it in the center of the desk. “This is the marriage license. I need you both to read this and sign it, then we do the verbal part. Then Private Fillie and I sign and I send this up the chain before Jepson gets wind of it. Got it?”

His second in command pointed a finger at him. “Don’t start with me, sir, I’m not in the mood to be mocked. This is going to get you, and him, and probably me in a hell of a lot of trouble.” He looked at Fillie, whose eyes had gone wide. “Not you though, Private, this is the sort of shit that only rolls uphill.”

Rone already had the mempad’s pen in hand and was signing with a flourish. He passed the document over to Beren, then paused. “Can you read Standard?”

“Yes,” Cas said politely, cutting off what was probably another epic rant about being an idiot from Darven. He made a show of taking his time reading the license, while really he absorbed it all in less than five seconds. He looked at Rone’s name, in perfect swirling letters, at the bottom: Rone Edward Basinti. Edward. Huh. Cas signed right next to it: Beren Farling.

“Good.” Darven took the pad back. “All right, now the ceremony part. Take each other’s hands.”

Wait, what? Was that really necessary? Cas supposed if it was a real marriage, they would have no problem touching each other… Rone held out both his hands, and Cas steeled his spine and took them. They were warm, far warmer than his own. The phage kept Cas’ extremity temperature low to reduce wear and tear.

“On this day, the two of you come together to form an emotional, spiritual, and legal bond,” Darven intoned. “From here forward, you shall each share yourself wholly with the other, holding nothing back. Your worldly goods, your mental abilities, your bodies, your hearts, your pasts, and your futures—all are melded. From this day forth, you belong to each other. Do you agree to these terms, Rone Basinti?”

“I do,” he said, staring Cas straight in the eyes.

He had never felt less worthy. “I do,” Cas whispered.

“Then by the power vested in me by the glorious generosity of our sovereign leader, I pronounce you husband and husband.” He looked between them. “Now’s usually when you’d kiss, but I reckon we’re skipping that step.”

“We are,” Rone affirmed. He squeezed Cas’ hands once, then let go. “Sign and send.”

Darven signed, then passed the mempad over to Private Fillie. She signed, looked between the two of them and said, with awkward earnestness, “Congratulations.”

“Thank you,” Rone said. “You’re dismissed.” She left, and Darven sent the marriage license to be filed.

“Well, that’s that. Consider the beehive shaken, Rone. You can’t go back now.”