Notes: The next chapter of Mutable is here! The plot thickens... 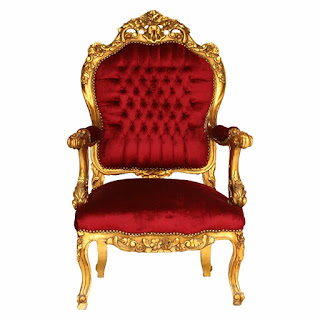 The captain’s tent was on the other side of the camp, close to where the enormous Imperian ships were docked. The Captain—Rone, apparently, and no one had said his last name yet so Cas didn’t have anything else to call him—must have been a fairly important man, because not only did the guards continue to escort both him and Cas to the tent, the officer who had called Cas a distraction came long as well. The other man was a shade or two lighter than Rone’s dark, earthy skin tone, and his face was fixed in an unimpressed expression. He looked like he was expecting a cave cricket to leap into his mouth at any moment.

Rone, by contrast, appeared serene, leading the way without a single glance back at Cas. Was it because he genuinely thought he had nothing to fear? Cas was outnumbered, after all, and the way he looked right now he knew he didn’t appear to be much of a threat. That was good. He needed to keep that up. The phage would last another few days without needing a break, if Cas was careful.

The inside of the tent—and tent was a little misleading, when the whole thing looked like it was made of opaque glass, and covered with opulent red and cream-colored fabrics inside—was big enough for four to sit comfortably, with a side room that was probably for sleeping. Once they were inside the captain dismissed the guards with a word and a smile. His officer friend rolled his eyes.

“I hope you don’t expect me to leave you alone with a prisoner, Rone.”

“I know better than that,” Rone replied. He sat down in a heavy-legged, high backed velvet chair and gestured for Cas to do the same. “Join me, Beren. Let’s get to know each other a little better.”

Cas sat down gingerly, very aware of the dirt embedded in his clothes and shoes, even the creases of his palms at this point. It wasn’t something that just washed away, the cavern dirt, not something that hot water and soap or one of those sonic showers could fix just like that. Cavern dirt stayed on you, it stuck with you. It seeped into every crevice until your body wouldn’t know what to be without it, until your skin stopped feeling abraded and started feeling caressed by it. Cas didn’t want to wash it all away. He wouldn’t, until he had no other choice.

Rone’s friend stood right behind him, looming. It made Cas want to turn around and slash through his fancy uniform, gutting him like a fish before he has a chance to do more than gasp in pain.

He didn’t, obviously. That wouldn’t get him off this planet, and that was where he needed to be. He affected a nervous demeanor. It really wasn’t much of a stretch. “What do you want to know?”

“What makes you think you’re not safe here?”

Cas couldn’t help hit; he snorted, and it actually brought a little smile to Rone’s face. “All right, then what makes you think you’re less safe here than any other Delacoeurian?

“Because…” Cas didn’t actually want to go into all of this, but it was probably going to be necessary. He might even score some sympathy points. “Because my brother was a phage. You know what those are?”

Rone’s face said that he did. His friend, on the other hand—“What the hell does that mean?”

“Phages were Delacoeurian assassins,” Rone said softly. “People capable of changing their appearances, thanks to the help of a rare protoplastic bacterium. Is that correct?”

“The bacteria killed more people than they worked for,” Cas said. He remembered the agony of the initial infection, how he was sure his blood was going to boil inside his skin and his bones would catch fire. “You had to have a really strong immune system to survive infection and learn to use them, and most of us have always been on the sickly side.” Being forced to live underground for generations would do that to you. “But if you survived and figured it out, then yeah. You might become a phage. My brother Cas was one.”

“Cas Farling.” Rone stroked his chin with a forefinger. “I think I remember seeing some sort of telecast about him. Wasn’t he killed—”

“In an explosion on Giverns Tower six months ago, yes,” Cas said, lowering his head. He hadn’t died, obviously, but it had taken him a long time to heal from the burns. Too long. By the time he came back to himself and was strong enough to work again, Beren was already dead. Not killed by a Leelanger, though.

Killed by a fellow Delacoeurian.

“What does this have to do with you?” Rone’s friend asked.

Cas swallowed hard. “Everyone knew my brother,” he said quietly, with an air of confession. “He was the most successful phage in the history of the war. If he hadn’t been killed—” injured to the point of uselessness, god damn it— “he would definitely have been executed by the Leelangers by now for war crimes. Because they can’t get him, they consider me the next best thing.”

Rone’s friend scoffed. “This sounds far-fetched at best. You’re saying you’re the subject of an extrajudicial manhunt that will end with you, what, being ‘disappeared?’”

“Not disappeared. Murdered.” Cas did his best to speak calmly, levelly, and to get his utter sincerity across to Rone, whose broad, handsome face gave nothing away. “I know I’ll be murdered if I stay here. There are people watching this camp right now, Leelangers who will follow me the moment I’m released through the gate. I’ll be picked up within a block, and dead within a day. I know it.” They warned me. God, I wish I’d done more to get Beren out of here before…

He coughed uncomfortably, trying to purge the memory of his last contact with his brother from his mind. Beren had been so afraid, but Cas had been bedridden, unable to help him. He’d sent him to stay with friends, with people who should have protected him.

Cas had been so, so wrong.

“All because your brother was a bigshot killer? I don’t believe it.”

Cas ignored him, focusing on Rone instead. “There was a price on my brother’s head, put there by the government. No one ever got to collect it because they couldn’t positively identify his body, but there are people out there who will still pay a bounty if mine is presented as his next of kin.”

Cas had had enough. He rounded on the guy behind him and snapped, “You’re an ignorant asshole who has no idea what was going on here before you flew in to save the fucking day, and you don’t give a shit what will happen once you leave! Your opinion doesn’t matter, because you don’t know anything and you don’t care to know anything! You don’t give a shit about us or about the war, you just want to leave! So leave!”

In the resounding silence that followed, Cas wondered whether he’d gone too far. Then Rone started to chuckle and, oddly enough, so did his friend.

“Okay, so you might have a backbone after all,” the man said. “But I still don’t buy it. The Leelangers have promised to take all Delacoeurians into protective custody and keep you safe until you can take the blood test again.”

“I bet you anything that people have already mysteriously ‘vanished’ under their protective custody,” Cas said. “And I bet they won’t want to share their information with you when you ask. Ask them, find out. You’ll see I’m right.” It was a gamble, but he was willing to try anything at this point.

“Darven, go do just that,” Rone said. “Or get Jepson to do it. I want those numbers as soon as possible. And I want a verified, head-by-head count. Don’t just take their word for it.”

Darven groaned. “Damn it, that could take all night.”

“Then you better get started.”

“You want me to send someone else in?”

Rone smiled politely. “I don’t think I have anything to fear from Beren here, do I?”