Notes: We now delve into tropey goodness! I'm sure plenty of you saw this coming ;) 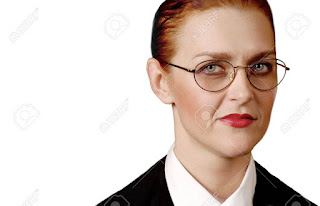 The easy mood from earlier in the day was completely gone when Cas walked back into the captain’s tent. Rone was there, along with Commander Hije and Lieutenant Commander Jepson, who sat off to the side glaring at the touchpad she held.

“It might be just as they say! There’s no need to jump to any—” When she saw Cas, she cast an affronted look at Rone. “What is he doing here? He doesn’t need to be present for any of this discussion!”

“Considering that it’s his people who have gone missing and his fate on the line, I’d say that yes, Mr. Farling does in fact need to be present for it,” Rone replied. It was only because Cas was good at reading people, exceptionally good, that he could hear the testiness in that reply. The captain was annoyed with his underling.

“They’ve been moved, they aren’t missing,” Jepson said. “Look, it’s all accounted for right here. There was a case of infectious mold in the apartments the Delacoeurians were given, and they—”

“Mold?” Darven raised an eyebrow. “As if this planet isn’t, what, probably fifty percent mold or mildew already? If Leelangers didn’t know how to deal with mold, they wouldn’t have survived this place.”

“That might explain why we can’t see them ourselves, but it doesn’t give me a good answer to why they won’t provide video of them.”

Cas listened to Rone with only half an ear, already sure of what had happened. His people, the unlucky ones, the ones who hadn’t passed the damn stupid blood test because of a chance infection or a lingering disorder—they’d been wiped out. Already. Damn, the Leelangers were cocky, to do that while their capitol was still inhabited by Imperians. They must have been so sure that no one would check on them until it was too late.

Hell, it was too late, even if these fools didn’t see it yet.

“—not something for us to pursue, we have to give it over to the diplomatic corps,” Jepson was saying. “Those are Admiral Deray’s instructions, sir.”

“The diplomatic corps seems to have failed severely in their work. I don’t know that I’d trust them to look after the welfare of a fly at this point,” Rone snapped. He was done trying to hide his anger.

To her dubious credit, Jepson didn’t back down. “Nevertheless, those are our orders. And I feel I must remind you, sir, that you have only just recently been reinstated to your duties after the last investigation into your conduct. Another infraction so soon would leave an indelible black mark on your record.”

“If you think I care about that, you’re as—”

“Captain,” Darven said softly, and it was enough to stop what looked to be an epic tirade. Rone closed his eyes for a moment, then opened them and looked straight at Cas.

“I’m sorry, Beren,” he said, his voice full of genuine apology. “This has all got to be very confusing for you.”

“A little,” Cas confessed. “Is—you really can’t find the rest of us?”

Jepson attempted to plaster on a genial, meaningless smile. “We know where your people are being kept, we’re simply not able to make contact with them at this time. Our diplomatic corps will be informed and have more information for us shortly. In the meantime, the Leelanger delegation has found a place for you here in town, and promised us that under no circumstances will you come to any sort of…grief while waiting for your next blood test.”

Rone shook his head. “Not an option, Lieutenant Commander.”

“Not our call, Captain,” she replied briskly. “There are no more available duty assignments on board any of our ships. Without a job already in place, we can’t take Mr. Farling with us.”

“I can work,” Cas interjected. He could feel the tide in the room wavering, ready to fall either way. It needed to fall in his favor, it had to. Otherwise he’d never make it. Even if he took out the Leelangers who came to pick him up at the gate, more would track him down. Cas worked best in the shadows, hunting one on one. Too many people and he would be overwhelmed. “I can—look, I know my resume doesn’t offer much in the way of technical skills, but I can clean, I can cook, I can keep a house, I can look after children, I read and write Standard as well as Leelinge and Delacoeurian, I can—”

He paused, as though catching his breath in the middle of a rant, and just as he’d hoped, Rone made eye contact. His expression was pure compassion, and something a little sweeter, something that made Cas’s skin crawl. He didn’t deserve anything sweet.

Jepson sighed, as though incredibly put-upon. “As impressive as those credentials are, Mr. Farling, they won’t do you any good without a pre-authorized duty assignment.”

“You wait for one to come through that is the proper fit,” she said. “In six months, perhaps as few as three—”

“Oh, lose the platitudes, Sofia,” Darven interjected. “The kid says he’ll be dead by then. Given the incredible lack of information and cooperation from the Leelangers on the subject of their ‘guests,’ I tend to believe him.”

“That hasn’t yet been proven, and until it is we have to follow protocol,” Jepson said coolly. “We have to, Captain.” Her look held volumes. “And as he’s not actually a minor—I believe your age is twenty-two, Mr. Farling?” She barely waited for him to nod. “Right, then as a legal adult, you don’t qualify for any special protections under Imperian law.” She pushed back her chair and stood up.
“I’m very sorry for the inconvenience, young man, but believe me when I say that it’s all for the best. Rules are made to be followed, after all. Captain, Commander, if you’ll excuse me, I’m going to contact the admiral and inform him of the situation. He can mobilize the diplomatic officers.” She saluted both of them, then left the tent.

“So, that’s it.” It wasn’t hard to inject his voice with an air of hopelessness. Cas would have to resort to sabotage after all. “I’m staying. You’re leaving me with them, even though you know that they’re killing us.”

“That’s not proven,” Darven said, but his heart wasn’t in it.

“A Leelanger evasion is as good as a lie,” Cas told him. “They smile with one half of their face while snarling with the other half, and you only see the side that they want you to see. We tried for peace with them so many times, and they always, always betrayed our trust. We fought back because we had to. My brother fought them because he was trying to protect me—” And I failed, I failed, I failed. Beren, I’m so sorry. To his shame, tears sprung up in his eyes, and Cas looked away from Darven’s discomfort and Rone’s painful compassion.

“There might be another way,” Rone said after a moment.

Darven sighed heavily. “You can’t adopt this one out of hardship like you did the others, Captain, he’s too old.”

“There are other ways to make a person family,” Rone said mildly.

Cas raised his head, meeting Rone’s calm and purposeful gaze. Darven looked like he’d just been hit upside the head with a rock.

“Beren Farling.” Rone’s voice drew him in, somber but beautiful. “Would you do me the honor of taking my hand in marriage?”
Posted by Cari Z at 6:24 AM