The Tower: Chapter Eight, Part One

Notes: Not too long, but action-packed! The case is definitely progressing, but nothing is perfectly linear with this story. 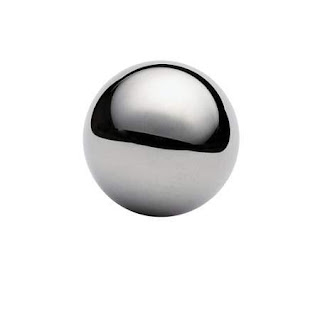 The halls were fairly quiet when they arrived back at the dormitory. Somehow it was already suppertime, the day flying by so quickly that it seemed as though Anton had barely had a chance to note its passage. He was familiar with becoming so absorbed in his work that he forgot to eat, much less glance out at the sunshine, but he hadn’t expected something similar to happen as a result of an investigation. Perhaps he was enjoying himself a little more than he thought he would.

It was several minutes since Anton’s spell had alerted them to Montgomery’s return, but hopefully he would still be in his room. The door was closed when they arrived, so Camille knocked briskly. “Mister Montgomery? This is Lord Lumière, here on the emperor’s business. Open the door, if you please.” There was no reply, but a faint sound from inside was just barely audible. It sounded like—like someone choking on something?

“Damnation.” Camille tried the door, but it was locked. “Stand back,” he instructed Anton, then leaned away, lifted his leg, and slammed his foot into the innermost edge of the door. The wood cracked under the force of his blow, sending shards flying. The door slammed open, but before either of them could enter the room, a spark seemed to appear out of nowhere in the middle of the darkness.

“Get down!” Anton threw himself at Camille, knocking both of them to the floor just in time to dodge the massive gout of flame that erupted over their heads. The heat was intense, enough to make Anton wince, but it died out just as quickly as it began. He moved onto his knees, but was immediately knocked over again by a man in a long cloak, its hood pulled over to disguise his face, who came running out of the room.

The few students remaining in the hall watched in shock, not realizing the danger they were in as the man sprinted toward the exit. Anton surged back to his feet just in time to watch another jet of flame disperse the few who were idling inside the door, setting one of them on fire. “Get out of the way!” he yelled, pulling his silver wand and a round steel ball from his holdall. Camille was already running down the hall after the attacker, and Anton dropped his bag and hastened after him.

The exit led into the center courtyard of the university. It was getting late, and cool enough that not many students normally chose to linger there, but a special lecture must have just let out, for the cobblestoned space was filled with people. The man in the cloak tried to push his way through them, but after a moment seemed to give it up for lost and pulled out another familiar-looking wooden dowel.

“Oh, hell,” Anton muttered. Neither he nor Camille would make it in time to stop the man, but he wasn’t a neophyte himself when it came to imbuing objects with powerful spells. He hadn’t tested this one before, but now was as good a time as any. He whispered the incantation, gathered his will and tapped the ball with the silver wand to energize it, then threw it at the attacker’s feet.

The tiny steel ball rolled unerringly at Anton’s target, gathering both speed and size as it went. Molecules expanded, forcing something formerly small but solid into a hollow sphere the size of a globe, and that globe took the hooded thaumaturge out at the knees just as he fired the wand. The flames went up instead of into the startled crowd as the man was knocked flat onto his back. His hood fell away, and to Anton’s surprise—although why he was surprised he wasn’t sure—Harry Beaufort’s glaring face was revealed.

“Idiot!” he snarled, his hand already vanishing into his robe for another wand. Anton’s ball had rolled to a stop somewhere in the distance, and that was the only offensive capability he had on hand. Camille was going for his gun, but could he fire fast enough to take Harry out before Harry worked his vile magic?

In the end, it was neither the one nor the other man who came out first. In the blink of an eye, Harry’s wand hand was slammed down onto the ground, the stones themselves reaching out to grip and hold him. Granite shuddered and rose like water, rolling over him in a wave and binding him to the earth. Harry screamed in fury, but after a moment the stone covered his mouth as well. It coated everything but his nose, eyes, and ears.

“What…” Anton looked around in confusion, only to see Dr. Grable striding forward, one hand extended and holding a dull gray wand.

“A suspect, at least,” Camille amended. He looked completely unperturbed by what had just happened. Anton didn’t know why he was surprised—the man had weathered flying bullets with little more than a tilt of his head before, but a tremendous gout of flame was rather less commonplace. His own heart was still beating rapidly, in a not-quite regular tempo, and his hands shook so bad he could barely hold onto his silver wand.

“Let me,” Camille murmured, taking the wand from him and putting it neatly in Anton’s inner pocket. “An interesting spell, Doctor,” he said.

Dr. Grable looked up from where he was kneeling next to Harry. “I’ve taught here a long time now, ever since my services were no longer required by the emperor after the last war. One of the first thing I did was put safeguards into place against this eventuality. I cannot effect great change within the dormitory itself, but on this common ground?” His lips tightened to a grimace. “Responsibility is mine, and therefore so is protection. So, Beaufort is your man after all.”

“Perhaps nothing! What clearer evidence do you need that the man is a murderer?”

“A murderer…oh hell!” Anton turned and ran back the way they’d come, pushing past gawking students and racing down the hall to Montgomery’s room. The door was open, and Montgomery himself was—

Bent over on his knees, coughing and soot-stained but alive. Anton let out a sigh of relief.

“Seiber?” Montgomery looked up at him and coughed again. His expression was one of pure confusion. “What the hell just happened?”

That, Anton thought, was the real question.
Posted by Cari Z at 5:58 AM