Notes; More Tower, yay! A brief interlude before the beginning of the final climax. Yes, we're that far already. These stories fly. 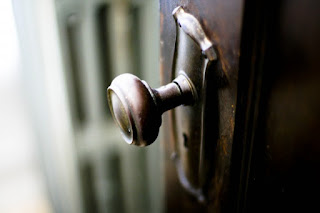 Unfortunately, Gerald Montgomery was nowhere to be found. Anton and Camille checked the classrooms, the labs, and even his personal chambers without success.

“He has to come back sometime,” Anton muttered to himself as he reached into his holdall for a piece of clear wax. “And I will make sure than we know when he does.” He closed his eyes and gathered his will for the simple spell he was about to cast, then began inscribing invisible glyphs on the handle of Montgomery’s door. Perhaps fifteen seconds later, he finished with a tired sigh, the energy flowing out of him like water from a cracked jug. “There. Now when he touches it, we will be alerted. It’s better than running around after him all day with nothing to show for it.”

“It will give us a chance to eat,” Camille said briskly, taking Anton by the shoulders and turning him toward the double doors at the far end of the residents’ hall. “You need sustenance.”

“I feel fine,” he protested, but internally he had to confess that it was rather nice to be manhandled in this simple, affectionate fashion. Anton couldn’t remember the last time he’d been touched this way. Perhaps by his mother, or Caroline before her wedding, almost…God, was it two years ago now? He truly needed to find the time to visit her—letters simply weren’t enough, and her husband seemed to take issue with her leaving his ancestral estate now that he’d got her there. Normally this wouldn’t be enough to dissuade her if she set her mind to it, but Caroline’s last letter had intimated that she was expecting a child, and that was no condition to be traveling in.

Camille led him all the way off campus, to a quiet restaurant not far away, but on a side street that Anton had never ventured down before. The host sat them at a small, round table in the corner, brought them each a mug of mulled cider, and then left them be while they waited for their food.

Anton took a sip and sighed with satisfaction. “How do you ever find all these little nooks?” he asked. “You can’t have visited every city in the empire, but I’d be willing to bet you know of places like this in all of them.”

“You would probably be surprised by the extent of my travels,” Camille replied, removing his hat and leaning back against the chair. He looked delightfully casual, Anton thought, and marveled at the fact that they had reached a point where the lumière could be casual in his presence. “I have been to the edges of the empire and beyond, multiple times.”

“You must have entered your profession very young.”

“I did.” Camille smiled wryly. “You could say I was born into it. People with my condition are rare, but if we are discovered and handled with a modicum of compassion, it isn’t unusual for us to end up in service to the crown. The emperor has made it known that he has a place for those with unique talents, and it cannot be said that we are without advantages in cases that involve violent thaumaturgy. Some of us are used as jailers, to keep restrained those with talent whom the emperor still wishes to use, but cannot allow to be free.”

“That particular prison is a rather challenging place,” Camille agreed. “I worked there for a year in my youth, but quickly understood that my talents and interests lay elsewhere. I developed my abilities, and here I am. Speaking of abilities, how is it possible that there are so many disparate courses of study within one university?” He raised one eyebrow. “I cannot imagine there are experts in everything your fellow students seem to study available there, and yet no one seems to study exactly the same subject.”

Anton was grateful for the change in subject. He felt as though he’d wandered close enough to Camille’s secrets for one meal. “All of the undergraduate students do learn the same basics,” he said, “but even those are slightly different for each user. Thaumaturgy is not just another mental process, it is a skill that is developed on multiple fronts, and therefore has unique components for every user. It’s like I said earlier—there’s no telling how a particular spell will work for everyone. Our professors realize this, and grant each student a certain latitude in their studies. By the time you are seeking mastery, you’re expected to have specialized, and those specializations can go in many different directions. No master has the same abilities, even when they share a profession.”

“And yet, there are standard professions,” Camille rejoined. “So there must be some standard of ability for those who undertake said work.”

“A standard, yes, but that is the bare minimum. Take myself and the man I worked for as a journeyman in London,” Anton said, warming to the topic. “He was a forensic thaumaturge, like me, but his ability focused more around the place than the person. He could examine a corpse that had been pulled out of the river and tell you where that person had been killed to within half a block, which is truly astonishing given the size and scope of that city. His magic had a connection to the city, the city where he’d been born and spent his whole life, that mine never could. Likewise, my skills lent themselves more to illuminating the death scene itself, focused on the body, not the place. We worked quite well together, actually.” Anton had been offered a permanent position in the London morgue, one that would have paid more in six months than his father had made in the last year of his life, professor or no, but it wasn’t what Anton had wanted.

“Fascinating.” From the warm tone of Camille’s voice, he actually meant it too. Anton fought a blush.

“Not so fascinating,” he demurred. “It must be similar in your line of work. Not every investigator can share exactly the same skills, surely.”

“Not exactly the same, true,” Camille admitted. “But every investigator must have the same base knowledge in order to be effective at their work.”

“There you have it, then.” Anton sat back in satisfaction. “The circumstances are the same.”

“Similar, to be sure.” Conversation halted as their food was brought, beef and onions in sherry that had surely cooked all day to be this tender, and fresh bread for sopping up the sauce. It was simple but delicious, and Anton ate with vigor.

“One would think they starve you, at this university.”

It dawned on Anton that he might be shoveling food into his face a bit too fast. He swallowed and cleared his throat. “I eat plenty there, just not with much variety. Eating out as I have with you is quite a treat.”

“We must endeavor to do more of it, then.”

Anton would have replied, except that his hand twitched just as he went to set down his fork. “Oh. Montgomery is back.” He frowned at the inconvenient timing. Camille smiled in return.

“And now you see a downside to my profession—a profusion of meals interrupted by the call of duty.” He pushed his own plate away and stood up. “Eat what you can while I settle the bill, and then we’ll be on our way back. Hopefully our time with Mr. Montgomery will bear more fruit than our earlier attempts.” He left and Anton took his advice, eating as fast as he could without choking. It left him feeling uncomfortably full, but he knew he’d be grateful he finished the meal in another hour, although he wasn’t as confident that they’d get something from Montgomery as Camille was.

After all, what could a man like that, coddled and cozened for his whole life, possibly have to do with something so complicated and vile?
Posted by Cari Z at 8:15 AM