Notes: I wrote half of this in an actual coffee shop! Out and about! I've got a friend here with me giving me the courage to actually go places with my baby, which is exciting and nervewracking. Anyway, have some more investigation! 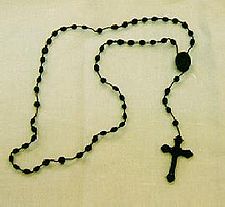 Percival MacPherson worked out of a communal laboratory on the first floor, but he wasn’t there when they checked. Another student pointed them in the direction of the Thaumaturgy and Religion lecture in the main building, where to Anton’s surprise, Percival wasn’t just a student, he was the teacher’s assistant. In fact, he was the one speaking to the class as they walked in. A few curious heads turned their way, but Percival didn’t even pause.

“—posit that due to lack of thaumaturgical evidence, there is a corresponding lack of the eternal. Since the inception of thaumaturgy, its use in religious rites has served a dual purpose of reinforcing the existence of God to man, and proving that there is a seed of the immortal in us as well, in that the presence of the Holy Spirit responds to our rituals. It is an overly simplistic view of faith, religion, and indeed the soul itself.” He spoke sternly, and for the first time Anton noticed a rosary gleaming on his chest. Perhaps he didn’t wear it when he wasn’t teaching.

“The truth is, there are vast and unplumbed depths yet to be studied concerning the link between magic and God. For example, we say there are those who are damned because our blessings don’t appear to have any effect on them. What if, rather than consigning them to the midden heap from birth on because we assume they lack a soul, we assume that we are the ones who lack the proper equations to create a spell that detects their soul? What if it resides in a different place, or in a different form? What if their connection to God is deeper and more profound, and therefore ineffable? We have made assumptions for centuries about who is and who is not capable of holiness. I think the time has come to question those assumptions.”

“A passionate speaker,” Camille murmured to me. “Especially for a Catholic. The papal decrees on this subject are quite firm.”

“I had no idea,” Anton confessed. “He’s always seemed so much more…flippant.”

“Then he will be an interesting conversationalist.”

Camille waited until the end of the lecture and the dispersal of most of the students before heading to the front of the hall. “You make some very compelling points, sir.”

Percival cocked an eyebrow at him. “I know I do. What is your interest in the subject?”

“A personal one, but not the reason I’m here. I am Lord Lumière, on the Emperor’s business.”

Percival took a slight step back. “I-I assure you I have all the necessary permissions to be pursuing this line of research,” he babbled, all his former confidence gone. “Doctor Grable assured me that this was all legal! I’m not doing any sort of—”

“I’m not here to shut down your research,” Camille assured him. Percival relaxed slightly, but his face didn’t lose its wary cast. “I am here to investigate a magical murder. Several, actually.”

“Ah.” Percival shook his head. “Is this about Father Brooks?”

“Not personally, but my priest did. His death was quite disturbing.”

“Indeed it was, especially since it was likely aided by magic.”

“What?” Sadness gave way to skepticism. “This is the first I’ve heard of that.”

“Nevertheless.” It was hard to argue with a nevertheless, but Percival tried anyway.

“It doesn’t make sense. Why would a thaumaturge have reason to kill a priest?”

“Why does anyone kill anyone else? In cases like this, the motives are usually personal.” Camille’s voice took on a more speculative tone. “You believe that there is no such thing as soullessness?”

“I do.” It was said with such perfect conviction even Anton found himself wanting to nod along.

“Why?” There was a beat of uncomfortable silence before Camille continued, “I assure you, I am the last person to judge you harshly for this line of investigation, but you surely understand that this is considered settled doctrine by the church. If the blessings don’t take, then the afflicted is excommunicated.”

“And that is ridiculous!” Percival exploded. “It is this sort of thinking that takes us back to the dark ages of a vengeful god instead of a loving one, for why else would God allow such a thing? I cannot believe it.”

“Many clerics ascribe it to an act of the devil while the child is still in the womb, perhaps a punishment for the parents.”

Percival scowled. “A line of thinking I consider equally ludicrous. No child should have to suffer for the mistakes of their parents. It is antithetical to the very nature of Christ. There is always the chance for forgiveness.”

“But how are you so sure?” When Percival’s lips tightened, Camille held up a hand. “I have no interest in arguing with your convictions. I find the hypothesis intriguing. I simply wish to understand the why of it.”

Percival sighed. “I suppose it wouldn’t be difficult for a lumière to find this out about me. I have a sister. She was born perfectly normal in every way, a beautiful baby, healthy and happy…but the birth blessings didn’t take. She was declared soulless, and my parents were advised to put her away in an asylum.” Where she would probably be dead before she’d reached her first year. Not a lot of care was taken with those considered to be soulless.

“No. They kept her, and while their social standing has suffered for it, my sister has thrived. She is as blessed in the sight of God as any other child in this world, I would stake my own soul on it. There are those priests who agree with me, many more than will say it publicly, but until I can provide some sort of thaumaturgical rationale for the failure of the blessing, they’re too afraid to speak up.” He looked distant. “She is ten years old now, and life is easy enough for her at the moment, but she will never be allowed to go to a public school, or marry in the eyes of the church, if I don’t do something about it. She will become more and more isolated and shunned, and that’s insupportable.

“But the research isn’t supported by the Church of England, or by most European universities. This is the only one that would assist me in my studies, so…here I am.”

“Was Father Brooks a believer?”

“I don’t know, but my own priest thought highly of him. He was new to the city, as I understand.”

“I see.” Camille did a quick rundown of the other victims, but Percival claimed no knowledge of any of them.

“You aren’t considering me as the perpetrator, surely?” he asked, an incredulous smile hovering on his face.

“You’ve been known to be less than judicious in your company and actions,” Camille pointed out, and Percival blushed.

“Gerry’s hard to say no to, but he’s a good sort at heart,” he said awkwardly. “I don’t know many people here, so I want to hold on to the few people I do know. If that means the occasional night out, so be it. We don’t do anything illegal or dangerous.”

“Ah.” The interview wrapped up a few minutes later, and Percival left before both of them.

“I am stunned,” were the first words out of Anton’s mouth. “He’s always been such a bloody idiot, I didn’t realize he could be anything else.”

Camille hmmed. “Even idiots can have hidden depths. I’m surprised he found any school to formally support his line of inquiry, especially in the Empire.”

“Zürich is famously neutral in all sorts of conflicts. It stands to reason it would maintain that neutrality in the mental sphere as well as the physical.” Anton wanted to dig a little deeper, to see how Camille felt about someone researching the idea that he might indeed have a soul, but Camille was already moving toward the door.