Notes: In which things happen, but mostly just to set up OTHER things happening. In other words, THINGS ARE GOING TO HAPPEN! Enjoy :) 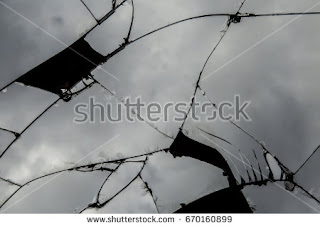 “It makes no sense.” Mongtomery started the shake his head, then stopped with a wince and laid a careful hand on the bruising around his neck. “Harry and I have been friends for years, we knew each other before we came here. There’s no good reason for him to have done this.”

“Are you that confident in your understanding of Mr. Beaufort’s business?” Camille asked, sitting across from Montgomery in Dr. Grable’s office. The doctor himself was off beginning the slow process of freeing Beaufort from the stone—like Anton’s spell, it was one that could be cast rapidly, but required a lot more time to undo. It would probably be another five or six hours before Beaufort was free and able to be interrogated, so Camille had opted to begin here. Anton stood off to the side, hoping to go mostly unnoticed, but there was no such luck where Montgomery was concerned.

“Did I know everything about the man, obviously not, but before this I would have said I knew everything important! We’re mates! He’s never—he’s never been like this before, right Seiber?”

“Do you think Percy knew? No, Percy would have told me, I’m sure of it. He’s too much of a choir boy not to.”

“Is that how you’d categorize him?” Camille asked.

“Percy?” Montgomery forced a grin. “Oh, absolutely. It was almost as hard to get him to go out for a night on the town as it was Seiber here. If Harry and I weren’t around to drag him out of the lab or away from the church…” His smiled faded. “Hell, where is Percy? He should know about this.”

“I’ll go and get him,” Anton interjected, ready for something to do that got him out of the eye of Montgomery’s strange, entreating looks. “Although the way word is flying around here, I’m fairly sure he already knows.”

“Then he would be here, with me,” Montgomery said staunchly.

“I’ll be back in a moment.” With a nod from Camille, Anton slipped out of the office and toward the lab he knew Percival had space in. Montgomery was right about one thing—Percival would want to be there for him if he knew that Harry was a killer who had almost done his friend in. Anton knocked, then entered. “Percival?”

There was no reply. The lab was empty. Anton frowned, then headed for the rooms. It was lucky he’d seen Percival stumble drunkenly into his not long ago, or he’d have no idea where the man lived. It was on the second floor, in the middle of the hall. The door was closed. “Percival? I need to speak to you about Harry and Gerry.” Anton winced at the awkward rhyme. “May I come in?” No response.
“Percival?” Now Anton was beginning to worry. What if—what if Harry had started with Percival, and moved on to Gerald? What if he was lying in there, dead? “Percival!” Anton pushed his way into the room and breathed a reflexive sigh of relief at finding it empty. Then he saw what was lying on the floor, and his relief vanished.

It was a rosary, Percival’s rosary, its jet-black beads scattered across the floor. The silver cross from the center of it was missing. The mirror on the far wall was cracked, and there was a bloody hand print pressed to the shards still in the frame. “Oh, no.”

On his way back down to the office Anton made sure to check the classrooms and lecture halls, even the dining area, just in case Percival was there. He saw many students, plenty of whom peppered him with questions, but no Percival, and no one could seem to remember seeing him either, except—

“He left over an hour ago, I think,” one of the sophomores said. “I tried to ask him a question about the lecture he gave yesterday, and it was like he didn’t even hear me. He looked rather distraught.”

“Did he get some sort of bad news?”

“Which way was he heading?”

“He took the south exit, like he was going toward the Limmat.”

Heading for the river… It made no sense, but then, none of this did to Anton. He wasn’t the one piecing the puzzle together, Camille was, and right now he had information that needed to be shared. He made his way back to the office and knocked.

“How did you know it was me?” he asked Camille as he walked in.

“The only other person who would even think to interrupt at a time like this is Doctor Grable, and as this is his office, I doubt he would ask permission first. No, don’t apologize,” he added when Anton made a face. “We’re partners in this. What did you learn? Where is Mr. MacPherson?”

“He left the university over an hour ago, apparently,” Anton said. He relayed what he’d been told and the scene he found in Percival’s room. “I think something bad must have happened to him. He wouldn’t damage his rosary like that unless he was truly unsettled.”

“I can come with you,” Anton said.

“So can I! He’s my friend, I ought to be the one to find him, tell him what’s going on.” Montgomery shook his head wearily. “He might be in a hell of a state if Harry got to him first. Maybe he cast a spell on him.”

“I didn’t think those sorts of spells were within Mr. Beaufort’s wheelhouse,” Camille said. “He’s less about compulsions and more about direct force, isn’t he?”

Montgomery pressed his lips together so tight they went pale. “If there’s one thing only I’m sure of now, it’s that I didn’t know Harry as well as I thought,” he gritted out.

“Nevertheless, we can’t be too cautious. You said you were barely even aware of him approaching you in your room, much less trying to kill you.” Camille stood and straightened his jacket. “Who knows how the aftereffects of what he did to you might linger?” He turned to Anton. “Do you mind staying with him until I get back?”

Anton squared his shoulders a bit. “Not at all.”

“Thank you.” He nodded to both of them, then left.

“We met a few months back,” Anton said. “He helped me get here on time when I ran into…” A murder. Actually, several murders. “Some trouble,” he finished uncomfortably.

“Rather an intimidating sort, isn’t he?” Montgomery chaffed at his arms, every move reminiscent of a twitch. “Must we wait here in tenterhooks for him? Can’t we do something else in the meantime?”

Montgomery shrugged. “Who knows how long he’ll be? I’d just rather not—I mean—I need to do something, Seiber. I can’t just sit here like a snared rabbit waiting to be found. And I know that I’m being unreasonable, all right, I know Harry has been caught, but—it just—”

Anton knew exactly where he was coming from. “I suppose we could take a short trip. Where would you like to go?”

Montgomery’s face brightened. “How about your lab? I’ve always wanted to get a look in there, we all of us did, especially—well.” He coughed. “You know. Anyway. How about it?”

Gerald Montgomery was just about the last person Anton wanted in his lab, but he had made the offer. “Very well.”

“Great.” Montgomery stood up, shook out his hands, and clapped Anton on the back. His fingers lingered for a moment on the skin just above Anton’s collar. “Lead the way.”
Posted by Cari Z at 6:53 AM