Notes: We're off to see the corpses, but first Anton has to navigate a--let's call it, complicated--offer from someone who really ought to know better. What a dick. 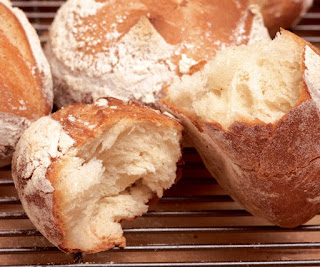 Anton had to rush to make his appointment with Camille on time, waking in a flurry with a mere twenty minutes to spare. He tidied himself up as well as he could, but didn’t bother shaving—a bit of a beard would lend credibility to his run-down illusion. He checked his holdall, making sure he had all the necessary ingredients for constructing a death miasma in a morgue, rather than in situ, and then bolted for the front door of the dormitory.

He was stopped on the way out by Montgomery and two of his pack of rowdies, who looked like they were just getting in after their night of debauchery. “Seiber!” Montgomery cried out when he saw him, in a voice so stentorian it was a wonder he didn’t wake the sun itself. “Come to join us at last? A bit late, man, but for you—”

“I merely have some early morning errands to run,” Anton said, smoothly sidestepping the drunken arm that threatened to descend around his shoulders again. “And you fellows look like you’re more ready for your beds than your cups.”

Montgomery waved his hand in a clumsy brushoff. “A proper man should always be ready for both.”

“Then you will forgive me if I ask that you skip the one in favor of the other. It is too early for drink now.”

“But not too late for bed.” Montgomery’s eyes gleamed briefly. “Perhaps you could accompany me there instead.”

Anton’s mouth dropped open. He was—did he—good God, the gentry could just get away with anything couldn’t they? Including propositioning someone of their own gender with no fear of repercussions or tarnished reputations, which was what Anton would certainly face, at a minimum, if his preferences were found out. No modern country had adopted the relaxed attitude of those long-gone Greek and Roman philosophers, but it was clearly true that with enough money and influence, anything could be forgiven or ignored.

“You’ve struck him dumb,” one of Montgomery’s friends—Anton didn’t know this one’s name, but he had a round, florid face and wispy blond hair that had mostly floated free of his queue. “Not everyone likes to drink from both hands at once, Gerry, especially not the boring, serious ones like Seiber. You’d have better luck tempting a monk into your bed!”

“I need a bath before bed,” the other one, Percy, said mournfully as he examined the stained white lace at the edge of his cuffs. “I think possibly there was something nasty in that gutter.”

“Of course there was, it’s a gutter. They’re made to catch filth.” The unnamed one began to laugh. “It caught you, didn’t it?”

“Best shut your mouth before I haul you out of here by your ears and see how well the nearest gutter catches you, Harry!”

“Gentlemen.” Montgomery shook his head. “It’s both far too early and far too late for arguing. Harry, haul Percy to the showers. I’ll be along in a minute.” They disappeared down the hallway, and Montgomery turned back to Anton. “Are you struck dumb with surprise, or disgust?” he asked in a tone more honest and curious than any Anton had ever heard from him before.

Anton finally gathered himself together enough to shake his head. “Neither, my lord. Just surprised, that’s all.”

Montgomery smiled. “Ah, now you pull out the ‘my lord’ like a dagger. Do you mean to shame me?”

“Nothing I could ever say would shame you, I’m quite sure.” For his pertness, Anton expected to be told off; he didn’t expect Montgomery to move even closer, not yet touching him, but near enough to practically feel the larger man’s body heat.

“Then why say it? Do you refuse me due to issues of class, or out of pure disinterest? Are you a monk like Harry implies, or are you merely a cautious man?”

“There is nothing ‘mere’ about caution when one doesn’t have the protections of title and wealth,” Anton replied. The church bell began to toll five-o-clock, and he realized if he didn’t leave now, he would be inexcusably late. “Forgive me, but I must take my leave.”

They stared at each other for a long moment before Montgomery finally chuckled and shook his head. “You are brave, aren’t you? And stubborn, I sense. I’ll not have my way with you easily, not like my other lads.”

“I venture to guess that you’ll likely not have your way with me at all.”

“But not because you’re not the type.” When Anton paused, Montgomery’s smile widened. “I knew it! I always know these things.”

“Go to bed, my lord,” Anton advised him, transferring his heavy holdall to his other hand. “Alone. You’ll sleep better.” Then he turned and briskly walked out into the cold pre-dawn air, doing his best to conceal how he shook through darkness and distance. To think that that arrogant, indolent, unfairly gifted fool should be able to order someone into his company, into his bed, for no other reason than that he was bored and he could… Anton had felt ready to hammer his fist into the other man’s face, and it was only the clock that had saved him from the indignity of getting his arse kicked, he was sure. It wasn’t even—to imagine that he—

It wasn’t the taboo. Anton knew his preferences well enough to be at peace with them, by now. He had only managed a few male lovers in his relatively short life, but those liaisons had brought gratifying physical satisfaction that no other romantic contemplations even came close to. If he could have fallen in love with a woman enough to marry her, it would have been Caroline, of course. She was beautiful, incredibly intelligent, and sincerely loved him back. But it was not to be, and if it couldn’t be with her, it wouldn’t be with any of the fairer sex.

As for desiring more experiences with men, well…most of the time, Anton simply didn’t notice potential partners. He was a student, he was a thaumaturge, and he had duties and responsibilities and far more pressing needs than fulfilling the desires of the flesh. It took an exceptional man to gain his interest, and the only exceptional man he’d noticed of late was Camille.

God, how he had wanted him, back on the train. What he would have done for just another half-hour in the man’s company, alone, nothing to hold them back. Everything he’d ever felt, experienced, practiced with another lover, Anton would have brought to bear on Camille. Anything to give him pleasure, Anton would have done, and gladly, eagerly. Not since his first kiss had he felt so out of control with desire.

Just as well things had been…delayed, was perhaps the right term. After months apart, Anton wasn’t entirely sure where they stood with each other. The situation would only have been more complicated if he had already slept with the lumière. Best to put it from his mind. He reached into his pocket, clasped the first charm bag, and quietly spoke the incantation. He felt it take effect, and smiled.

Camille was waiting for him outside the guesthouse when he arrived, but not with anything like an air of distaste at Anton’s slight tardiness. “Here.” He held out a crusty piece of bread, still warm from the oven. “Have a bite to eat before we begin. I recall your spellcasting being a bit more pleasant for you when you’ve had some sustenance.”

“Thank you.” Anton managed not to brush their fingers together as he took the slice. The first bite was heavenly, and he closed his eyes and savored it for a moment. When he opened them again, Camille appeared to be studying him.

“Have you done something to yourself?”

“Have you…your gait, when you approached, was slower than usual, almost with a hitch, as though you were fighting off a cramp or…has someone laid hands on you since I saw you last?”

“Oh.” Anton blinked, then shook his head rapidly. “Oh, no, not at all! I hadn’t realized I was doing that.” It made sense, though—he always changed his mannerisms when he changed his form, a holdover from reckless games of childhood hide and seek. “I’ve cast a glamour on myself to modify my appearance, just a bit. I look older, so I am walking as though I am.”

“I see.” The edges of Camille’s moustache lifted. “It’s a shame I can’t appreciate you in your newfound glory.”

“It feels rather nice for at least one person to see me as I really am,” Anton confessed.

“Then I’m pleased to be that person for you. Now.” Camille straightened up as Anton bolted down the rest of the bread. “We’ve a little over two hours before sunrise, and four corpses to examine. Are you ready?”

Gladly, Anton thought but dared not speak as he trailed Camille into the misty gloom of Zürich’s darkened alleyways.
Posted by Cari Z at 10:10 AM