The Tower, Chapter Two, Part One

Notes: A little shorter than my last installment, but full of the technical side of magic. Next week, on to Camille and the death miasmas! 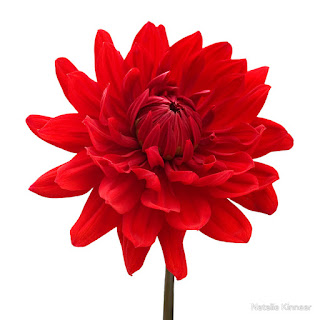 not my photo, from https://www.redbubble.com/people/nataliekinnear/works/8460362-red-dahlia-flower-white-background-wall-art?p=framed-print

The answer to “When do we start?” was “On the morrow,” and early enough that when Camille suggested they part for the evening, it barely stung to agree. Camille was lodged in a guesthouse not a quarter-mile from Anton’s own dormitory, and they would need in the morning before first light, in an effort to get to the morgues as soon as possible.

For some reason—and there were many theories, none of them proven—it was easier to construct a death miasma in times of darkness. Perhaps it was nothing more than the effect of unconscious bias in training—Anton could do it in full day just fine thank to much zealous practice, after all—but he also didn’t mind hastening his next rendezvous with Camille.

After Camille left, Anton took the time to reset his wards and make sure his experiments were either in stasis or resolved before setting off for his own cold bed. It was a bit late to get dinner in the student kitchens, but some kind cook had left out a loaf of brown bread and a bit of fatty goose drippings on the counter. If the food was left out, it was fair game, and Anton took the offering with quiet gratitude before continuing on his way.

It wasn’t that he was quite as poor as he made out to be—the purse of coins Camille had given him after the case on the train was still mostly full—but he was afraid to spend it too fast. His mother had done all she could to set him up well, but she had her own problems in the wake of his father’s death, and he would not intrude on her fragile peace of mind.

Anton made his way to his room—his private room, tiny but certainly a blessing—at the back of the first floor as he munched on the last piece his meal. A quick check told him that his locks here remained inviolate, and he sighed with relief as he drew the opening glyph in midair with his wand. The door opened, and he entered, only to sigh when he saw the rat droppings on the far floor.

“Works on everything but rats,” he muttered. They must get in through the window—he kept it shuttered tight, but like everything else in Zürich, the building was old and full of tiny crevices through which a pest could enter. He picked up the small, bristled broom in the corner of his chamber and swept the mess to the side, to be dealt with later. For now, he had preparations to make.

Anton had told Camille he could be discreet, look other than he was now. And that was entirely true, he could. It wasn’t something he’d practiced in a while, his studies and work being what they were, but Anton’s first, childish spells had all revolved around making himself into something else. He smiled as he lit the candles on his little, worn desk, remembering how his mother had shrieked when she found a messy young chimneysweep sitting at her breakfast table, eating jam straight out of the jar with sooty hands. All an illusion, of course, and worth the scolding he’d received for it.

The spells weren’t especially complicated, but they did require some time to prepare, and time was something Anton was short of. He was due to be out and about again in a bit less than six hours—he would have to make the modifications simple. Starting with his hair.

He chalked a circle on the perfectly flat workstation in the middle of his desk, then plucked a strand of his dark brown hair and set it in the mortar and pestle on the side. He thought for a moment, then added a pinch of ash from a gorse bush for age, the tiniest shavings of sulfur and platinum to lend intensity and stability to the blend, and a few dried petals of Adonis flower, to improve the humbleness of his design and add a sense of grief that would make others think twice about intruding. He blended it all together, set a piece of virgin linen in the center of the chalk circle, then poured the mixture into the center of it.

First, a test. Anton took up his chalk again and wrote out an equation for a minor transformation, barely enough to sap the ingredients, then laid his forefinger on the bag and his thumb at the end of the equation. Because it was a personal illusion, he could accentuate it a bit by applying some of his own energy to the spell. He spoke the glyph’s trigger, then looked into the small, scratched mirror above the desk.

Ah, excellent. He had easily aged twenty years, the dark shine of his hair lost to grey, the youthful—if slightly sallow from fatigue—glow of his skin leeched by the gray march of time. Not unhandsome, and not even vastly different in appearance from himself, but older, more worn and beaten by life and work. Subtle. Perfect.

So perfect, in fact, that perhaps he should do a variant. Just for the practice, and it might be nice to have another identity at hand in case of emergency or if the first ran out of power. Anton tied up the linen sachet and set it aside to go into his breast pocked tomorrow, then began again. Red this time, dark red, more of an auburn blaze than a twilight, where had he left his dahlia petals again? Not back in the lab, please, he didn’t want to march back up there but a rose wouldn’t give the same effect, he needed—ah, there!

This mixture took a bit more time, was a bit brighter and livelier and more energetic, and so required more energy. But the results were so striking that Anton decided to round things out with one more, a softer, deeper transformation this time, one that spoke of gentleness backed by an incisive edge. Something more like Caroline. Such spells would be simplistic for an intellect as grand as hers, but she always saw the beauty in things both simple and complex. He should write to her soon, it had been too long since her last letter from Scotland.

By the time Anton fell into bed, he had but four hours remaining before he was due to meet Camille again. He couldn’t bring himself to be upset about it, though. Who needed sleep when there were murderers to catch, and at the side of the man who had haunted his dreams for the past three months, no less? Anton couldn’t think of anything he would rather do, and let that conviction carry him quickly off to sleep.
Posted by Cari Z at 10:58 AM