Notes: As one of my readers has pointed out, sometimes my writing, and this story in particular, seems to be influenced by current events. And I cop to it--it is. It totally is. This is inauguration week and it's got me on edge. I can't listen to the radio or go on Twitter or FB without being confronted by new realities in America that, needless to say, have me somewhere between afraid, angry, and contemptuous. And yes, those emotions influence me. So this is a chapter in the head of my story's antagonist, and if he strikes you as disgustingly familiar...well. It is what it is. More lighthearted sci fi space fun next week! 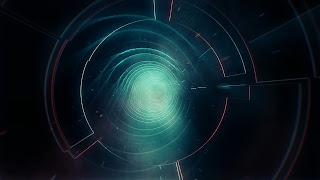 Raymond Alexander was…vexed. He stared at the hologram of Commander Orwell, who looked decidedly uncomfortable, and waited for the man to begin to sweat before he started speaking. “You’ve had nine standard days to break through Pandora’s shields. Nine. Days.”

“When I require a comment from you, Commander, I’ll ask you for one,” Raymond snapped. “But as you’re so eager to talk, maybe you can explain to me how a colony of that size can withstand the firepower your ships are bringing to bear on it?”

“Their energy shields are more complex than we initially thought,” Orwell admitted. “And they seem to be bolstering them somehow. The shields are getting smaller—we’ve decimated the outer edges of the city—but they aren’t losing any of their power where they’re in place.”

“Why haven’t you extrapolated from that to figure out how much more of your bombardment is required to completely reduce them and given it to them?”

Commander Orwell frowned. “Two reasons. The first is that a hurricane has been pounding the region for the past three days, big enough that it seriously negates the effects of our plasma weapons. The second is that we haven’t had the opportunity to refuel and resupply our ships since we began the offensive. To put it bluntly, sir, we’re running out of firepower. With the Academy’s fleet soon to arrive, it makes sense to save some of our reserves for fighting them.”

Raymond repressed the urge to sigh. “You are an elite fighting force with more than double the number of ships heading your way, all of them crewed by little better than children, and you’re worried about destroying them? Are you the same man who helmed the Relentless for seven years? Because that man was bold—he was a man of action, not a frightened miser.”

It was small motion, the tightening around the corners of Orwell’s mouth, but Raymond noticed it anyway. “I haven’t survived so long out here in the black doing your will without keeping a sense of caution. If I’d had accurate information about the shield status over Pandora City, I would have deployed my forces differently. As it stands, whether or not the Federation ships are adequately crewed, I assume their commanders aren’t useless. They’re going to know how to use their weapons, and we need to be able to protect ourselves and respond in kind.”

“The man leading them is only a marine general. He has no experience commanding a fleet. This really shouldn’t be very hard.”

This time Orwell let his disbelief show openly on his face. If he’d been in the room, Raymond would have slapped him. “Miles Caractacus was the governor of a Federation planet after spending decades in command of the Federation marine corps. He might not have commanded the ships his troops rode in on, but he has ample experience in both space and ground combat. If you really think otherwise, then I suggest you read up on your history.”

“I suggest you mind your words,” Raymond replied, but internally he could acknowledge the truth of the accusation. Miles had been an incredibly convenient choice politically, and Raymond was still confident that the black fleet’s numbers and firepower would overwhelm the Federation ships, but that Miles was an untested leader in the field…no. “What’s your plan, then? Given that you don’t have time to make a refueling run.”

Orwell shrugged. “We’ll ease off Pandora for the time being. We could send in ground troops to get around the energy field, but there’s no telling what they might be walking into, and my people aren’t accustomed to those sorts of operations. Better to wait until we’ve handled the fleet. Once they’re destroyed, we’ll scour the wreckage for parts and fuel and then take the fight to the surface. We’ve scoured the coast for any sort of external defenses and taken them out, so we’ll set down just outside the city and prepare for an incursion. The Federation ships should be here within the next four to five days, and I don’t anticipate the battle lasting more than one. We’ll be on the ground and moving into the city by the end of the week.”

“Good.” Orwell might be disrespectful, but he was efficient when it came to getting things done. All the same, Raymond wouldn’t be sorry to see him removed. His second in command, Captain Abenabad, was standing by to take control once the destruction of Pandora was complete. It was time for new blood to lead, and Abenabad was more loyal to Raymond than he was to Orwell. He’d better be, if he wanted to keep the status quo with his family going. “Contact me again after you’ve taken care of the fleet and before the ground offensive.”

“Understood. Orwell out.” The link ended, and Raymond indulged himself in a deep sigh. It wasn’t a flaw in his plan, exactly, more like a little wrinkle that he couldn’t smooth out that disturbed the perfection of it in his mind. It was a cup he couldn’t balance, sending the perfect spin of his political mobile slightly awry. But then, such things happened. He could acknowledge his own imperfections. Look at what had happened with Kyle.

He’d gone about turning the boy into the right thing the wrong way. Raymond had never had a chance like that young, trusting child before, and he never would again. How people could stand to give their offspring the liberty of their own choices…he just didn’t understand it. You gave them everything, tried to mold them in your image, and then they ripped your heart out and betrayed you, over and over again. Raymond still wasn’t sure what he himself had done to make his father lose interest in him, but it must have been painful. And look at how that had come back to haunt the man.

It was at times like this that Raymond wished he still had something of a relationship with his sister. Berengaria was the only family member he had left—by choice, he reminded himself, it had all been by his own choice—and she refused to see him, just stayed locked in her floating palace, hidden away from the universe. Perhaps she had it right. The luxury of being able to turn a blind eye was…shockingly appealing.

But that wasn’t his fate. No one else had the will and the power to move the Federation in the right direction—a direction of consolidation, of coming together, of cutting away the excess to pare down to the heart of what made humanity great. After centuries, millennia, of fighting to rise to the pinnacle of what was possible, it was clear that the only way to do it was to boldly, and without apology, get rid of the people who threatened to tear civilization back down. How was it even possible that there were still people born who couldn’t handle Regen? How were there people who thought there was something guiding them across the universe, some theistic deity, rather than taking responsibility for their own fates? How could people expect not to have to strive for greatness, and instead content themselves with living on the fringes of society, atypical, nonstandard, and shameful? And the aliens, the aliens—what was there to learn from them? What could they do but dilute humanity’s grand vision for itself?

The call to action was greater now than it had ever been before. Raymond had felt the pull, and answered it in his youth. Soon, he would wipe the slate clean. The Federation would start fresh, a central, powerful force that controlled its own reach, only moving as one, never in bits and pieces. No fringe planets, no Drifters—those would be the next to go—strict policies on birth and health and death, and no contact with aliens other than getting them out of the way. It would be perfect. He was leading his species into perfection.

Nothing worth achieving was easy. He would take the bumps and the lumps and emerge victorious in the end.

His comm beeped, and Raymond read the incoming message with a sense of gratification. Ah, lovely. His spies had found the location of Claudia Caractacus and her daughters. Raymond might have missed out on his chance to control Garrett via his husband or son—regrettable, but it was what it was—but his stepmother and sisters would make a serviceable lever in the meantime.

Shall we bring them in?