This weekend I went and saw The Battle of the Five Armies with my husband and some friends. Spoilers below, so stop reading now if you want to maintain blissful ignorance. 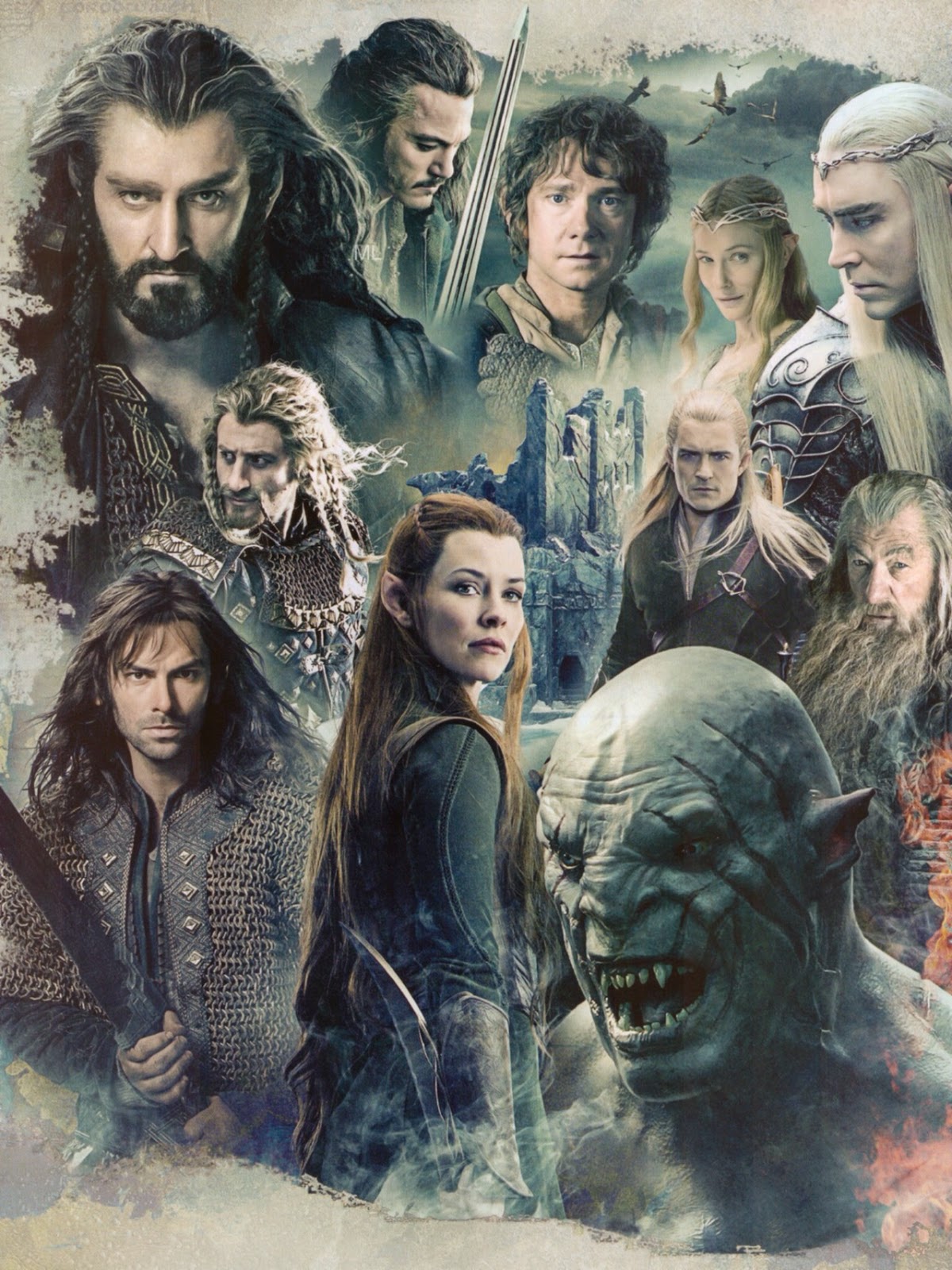 I'm what you'd call a casual lover of Tolkien. I've read The Hobbit and the Lord of the Rings trilogy, I've read the Silmarillion and I've got the Elvish dictionary, but I haven't delved too deeply into all of the extra work that he wrote. I loved the first three movies, was super excited by the development of The Hobbit and its cast, then saw the first one and...

Well. Yeah. Not...fantastic. I'm not a stickler for source material, god no, but...really? Okay, so some of the choices made were distracting, particularly the development of the love triangle. It's not that I don't like Tauriel, I think it's generally nice to add kickass women to movies that are 99% men beating on each other, but I think the love triangle was kind of ridiculous. And in this movie it comes to a head, and when it does, it diminishes one of the potentially most potent emotional moments in the entire film. This moment, of course, is the death of Fili.

Okay, and here I get a little snippy. Honest to God, I get that Kili is cute and Thorin is conflicted and has some real and serious trials to overcome, and Bilbo is saucy and adorable, but Fili is the definition of stalwart. He supports his uncle, he stays behind to care for his wounded brother, he stays calm and does his duty and then, when everyone else is getting excruciatingly long fight scenes before they go the way of the dodo, he gets stabbed from behind and flung down in front of his brother, who sets off with a vengeance and then gets distracted by saving his lady love. Which, fine! She should totally live. But can we just reflect for a moment on the fact that Thorin's heir has bit the dust, the one who loves without reservation, the one who stands up for the most important people in his life without any expectation of a thank you (which he doesn't get, I note)? Kili gets a long, drawn-out eye contact love affair with Tauriel, Thorin gets to talk it out with Bilbo before he goes (after being a fucking idiot--I mean, his death was a beautiful scene, but what a fucking way to go) and Fili just...dies. After telling his family to run, which naturally they don't do.  I just feel like his character could have been developed more fully, since we're disregarding the source text so much.

Anyway! Apart from that, this is definitely the movie of the year with regards to enormous, elaborate, pretty thrilling fight scenes. Seriously, I was literally shaking while watching some of them, my adrenaline was pumping so hard. I love me some fight scenes, I truly do, and action/adventure is a perennial favorite of mine, so...overall, I found it enjoyable. I love the cast (Richard Armitage, Lee Pace, Benedict Dragonbatch, Martin Freehobbit, rawr) and the settings were gorgeous, and anything that brings fantasy to the forefront deserves some credit in my mind. Fun movie. I cried a little bit, in between wondering who the hell uses a sword in a reverse grip (Mirkwood elves, apparently, but honest to god, Thranduil, you're enormously tall, use that to your advantage!) and laughing over dwarves who ride battle hogs. Yes, battle hogs. Well played there, Mr. Jackson.
Posted by Cari Z at 8:09 AM

Email ThisBlogThis!Share to TwitterShare to FacebookShare to Pinterest
Labels: Battle of the Five Armies, movie review