First things first, the 2nd episode of my serial novel is out.  Yay! 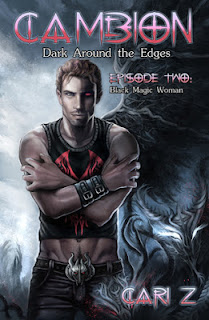 You can buy it separately for $2.49, or get it included with the season pass.  Devon Harper, one of our heroes, has struggled his entire life to control his incubus powers. Now that control faces its ultimate test when a demon sets his sights on escaping Hell using Devon as the doorway.  Would you like to know more?  Read on:

Tracking Porter Grey means making a deal with Lynlis Syfer, a witch with a gift for finding the unfindable. It takes something special to catch the eye of a woman like that, and so Devon and Rio split up in order to blacken the eyes of Lynlis' two main rivals. But that just gets them in the door. To secure her help requires a sacrifice that may be higher than the boys can afford.

You can find it here:  Cambion: Dark Around The Edges


Next up: Goodreads M/M Romance group has started their next massive writing event, titled Love Has No Boundaries!  And I'm all over this.  I even chose a picture and prompt that are contemporary--I blame you, readerwife, I blame you entirely.  This story promises to be a lot more violent than Love Letters, but it'll be free and it'll all come out at once, so there's that to tempt you guys into reading.  What's my picture?  Let me share. 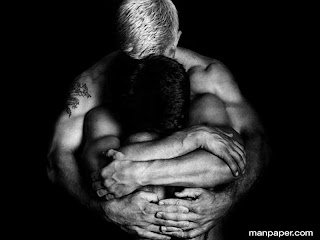 Feast your eyes!  Its gorgeous, isn't it?  And the prompt promises plenty of h/c, violent retribution, boys being boys, all the good stuff.  I'm so freaking excited.  It's got to be done by the middle of May, so my foreseeable future is absolutely swamped between this, an anthology story due at the end of the month, 2.5 more episodes of Cambion and Love Letters.  And my mainstream stuff, but that's neither here nor there at the moment.
The other recent awesomeness is that my man and I have finagled our way into classes with one of the best knife fighting instructors in the states.  I got a shiny new tactical folding trainer knife today--so lovely, so close to the knife I actually carry!  Practicality is key here.  I'm really excited to be learning something new.
And the bit of not so awesome.  What happens when you get cover art that is, shall we say...inappropriate to your story?  In the case of an anthology, you just suck it up.  Last year I published my short story The Solstice Gift with Total E-Bound, part of the Oberon's Court anthology.  I loved the cover. 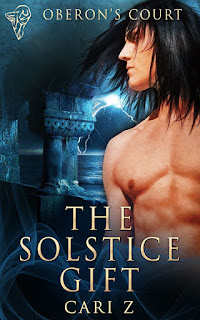 Some of you read it, some of you let me know if I ended the story there they would scream at me.  Some people did scream.  Well, happily, there's a part two coming out this June in the Titania's Court anthology.  And what will the cover look like? 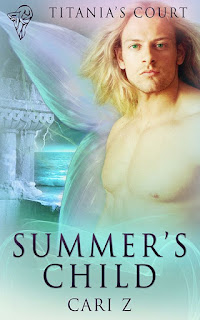 Um, wait...are those...wings?  I get that we're writing about the fae here, but really, wings?  None of my characters have wings.  Nor are they petulant, well-muscled blondes in a wind storm.  Honestly, I'm not really complaining, I'm happy to be publishing with TEB and their art department generally rocks.  It's just a little jarring, and when people read my story and reflect on the fact that it doesn't match the cover, I end up getting flak.  Not a biggie, just...*sigh*

More Love Letters on Tuesday, darlins.  Have a beautiful weekend:)
Posted by Cari Z at 6:25 PM