Notes: Building, building, building!  This story is heavy on the construction, I know, but every scene moves the whole shebang forward in some way.  A little history, a little conversation…I have a plan, sweethearts, never fear.


Also, because I offered and you accepted: picture!  Is Jeremy Renner the perfect model for Ben?  No, but he’s definitely in there.  This picture is the one I was thinking of when I described Ben’s author photo in the back of his book. 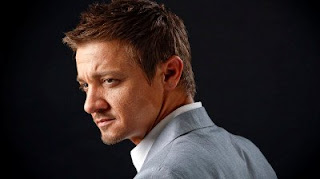 
The first full day he was back in Colorado, Ben didn’t do anything but sleep.  He was exhausted after the trip to North Carolina, in more than one way, and his body demanded its due as soon as he was in familiar surroundings again.  He got up once to drink water, eat peanut butter on toast and use the bathroom before falling back into bed again.  By the time he woke up properly, showered and dressed and decided to act like a normal person, Ben had missed eight text messages on his phone.  Four of them were from Linda, probably split between concern for his mental state and concern for his next book pitch, and four were from Ryan.  Ben read Ryan’s first.


One more had come while he was on the plane.  Tired but just cant sleep in my old bed. Considering moving to the treehouse.


The other three had been sent at random intervals throughout yesterday.


Three more days here. I may not make it.


And lastly, Pls let me know if this bothers you and Ill stop.


Shit, Ben didn’t want to give Ryan that impression.  He texted back, It’s not a bother, I just slept for twenty four hours when I got home and missed you.  Don’t stop.  How was the treehouse?


The response came almost immediately.  Cold but better than inside. You feel better now?


Ben frowned down at the text.  For some reason, just writing out his condolences didn’t feel like it would cut it.  There was a bit of unease in his stomach, because Ben had never been one to call when the written word would to the trick, but…


This isn’t Brody, he reminded himself forcibly.  The same rules don’t apply here.  Ben wasn’t sure exactly what sort of rules were going to end up applying, but he couldn’t treat Ryan the same way he’d treated Brody.  He didn’t want to, either.


Before he could talk himself out of it, Ben called Ryan’s number.  Ryan picked up almost immediately.  “Hello?”


Jesus, that voice.  Just a little low and rough, like Ryan had just woken up or had just finished giving head…Ben bit the inside of his cheek hard and refocused.  “Hey, it’s Ben.”


“I know,” Ryan teased, and he sounded so pleased about it.  Ben could picture the smile on his face.  “Hang on, let me go somewhere else…”  His voice got fainter for a moment.  “It’s fine, Mom, it’s just Ben.  Yes, I’ll tell him.”  A few seconds later he was back on.  “My mother says hello.”


“Tell her hello back for me.”


“I will when I go back inside.”  Ryan sighed.  “Which will have to be soon, actually.  Cheryl and Mom are meeting with the lawyer today to get into estate stuff and Pam left this morning, so I’m going to be watching the kids.”


Ryan laughed.  “Yeah, they do, but I think it’s mostly because my babysitting style involves letting them do whatever they want as long as it’s not going to physically damage anything.  Honestly though, Molly’s hit the age where she’s too cool to want to do anything with me and Joey prefers to just sit with his computer, so they’re pretty easy right now, even with their dad being gone.”


“They’re coping okay?” Ben asked before quietly smacking himself on the forehead with the palm of his hand.  It was none of his business, but Ryan went ahead and answered it anyway.


“Pretty well.  Molly’s more obvious about it, of course.  She spends half her time crying and the other half without talking at all, but her mom is good at drawing her out.  And Joey…”  Ryan made a soft, unhappy noise.  “It’s just hard to know.  You know he was diagnosed with Asperger’s Syndrome, right?”


“Right,” Ben said.  That was part of the reason Brody had gone into the police force; he’d wanted to be closer to home.


“Well, Joey’s never been very verbal about his feelings.  He hasn’t even mentioned his father’s death.  His behavioral therapist says to give it time, but I think it’s really worrying Cheryl.”


Of course it was.  Ben’s reluctant sympathy for Brody’s widow deepened.  “Complicated family,” was all he said, but Ryan seemed to get it.


“Yeah, it tears me in half, sometimes.”  And Ben knew exactly what he meant.  It was a catch-22, the desire to cut all ties and run from your past and only be limited by your own abilities and expectations, and at the same time knowing that the bonds that connected you to your family were so strong that you could never let go of them, not completely.  Not without hurting someone, quite possibly yourself.


“My agent is calling.  Probably because I haven’t talked to her since before I flew to Concord.”


“She’s kind of a mother hen, huh?” Ryan teased.  “Checking to see what her little chick is up to.”


“More like checking to see if her goose has laid another golden egg yet,” Ben said wryly.  His phone stopped beeping.  “Never mind, she’s gone now.  What are you going to do when—” The phone began to beep again.  “Oh, for fuck’s sake.”


Ben shifted on his feet, unable to keep completely still, as though movement would give outlet to the things he didn’t want to say or even consider right now.  “I’d like that too.”  The beeping ended abruptly.


“Yeah, bye.”  Ryan hung up and Ben squeezed his eyes shut.  There was no reason to feel uneasy.  Certainly no reason to feel guilty, god, what was wrong with him?  Just because this was Brody’s little brother didn’t mean Ben couldn’t be friends with him.  In a different way than he was used to, maybe, but—


The theme song from Psycho began.  Linda’s ringtone had never felt more apt.  Ben took a deep breath and a moment to calm down before answering.  “What is it?”


“No, I don’t think you are.  ‘Fine’ would have been answering my texts—maybe a day late, but answering them nonetheless.  You’re always been very professional with me and I appreciate that, so why don’t you explain what’s really behind your sudden silence?  Is it the book?  Have you reconsidered your proposal?”


“I just got back from my best friend’s funeral,” Ben said flatly.  Linda was gratifyingly silent.  “So forgive my lapse in professionalism, but under the circumstances I thought silence was better than the alternative.”


“Oh.”  Linda took a moment to clear her throat.  “I’m very sorry about that, Benjamin.  Did you know him long?”


“I see.”  Perhaps sensing that she was digging herself in even deeper, Linda changed the subject.  “You know, I can argue for an extension on the proposal with Chris at the publishing house.  Let me do that.  Instead of the end of January, let’s say…mid-March?  I might even be able to push it to the beginning of April.  It could cut down a bit on your actual writing time, but it’s okay to need a little more space at the beginning.  Just promise me you’ll come up with something besides Benedict Arnold, okay?  Because I’m sorry, but that’s just not going to sell right now and the publisher won’t take it.”


She’s just doing her job, Ben reminded himself, trying to be grateful and not resentful of that.  And honestly, the thought of an extension sounded really good right now.  “Okay,” he told her.  “Thank you, Linda, I appreciate it.”


“Not a problem,” she said.  Her tone was rather relieved.  “I’ll just copy you on the latest idea from the publicists, and oh, I forgot to mention, I’ve got the details on the foreword for your grandfather’s book.”  She hummed consideringly.  “In fact, I can use that as leverage when I argue for the extension…as long as you agree to write it.”


“Wonderful!  That’s loooovely, Benjamin!  And I’m sure you’ll come up with something good,” she said soothingly.  “Take a little time, relax, maybe go to a spa.  Do you get manicures?  Go have a manicure.”


Ben had never had a manicure in his life.  He seriously doubted he ever would, but he appreciated the thought.  “Thanks, Linda.  Let me know what the publisher says about an extension.”


“Don’t you worry about that.”  And the thing was, Ben didn’t worry about it; Linda was ruthless when it came to getting what she wanted, out of authors, editors or publishers.  “I’ll call again once I’ve got details, Benjamin.”


“Ta-ta for now!”  She hung up.  Ben felt almost dizzy with relief, both that Linda was going to get him an extension on knowing what the hell to write next and that he was done talking to her for now.  He sat down at his computer and pulled up his notes.


It wasn’t that Ben was relentlessly driven to write about Benedict Arnold, it was more than he’d fallen in love with reading the man’s letters.  So much of the personal correspondence that was preserved from the time of the revolution was staid and abrupt, but Arnold wrote with real passion, even if that passion had been for a cause that ultimately failed.  Ben had researched Arnold for his first book, and his initial draft had included excerpts of the general’s famous Loyalist letter “To The Inhabitants of America.”  In the end all but the slimmest mention of that letter was cut to focus more on Noah Webster’s subsequent, ardently patriotic response to it.


Ben let his eyes wander over the text, scanning for words that popped out, for inspiration.  Some of Arnold’s best letters were the ones he’d written to the women he loved, most notably Peggy Shippen, his second wife.  Ben hadn’t paid much attention to them before, focusing more on the letters that referenced the war, but there was a certain charm to these as well.  They were florid, yes, but undeniably romantic.  (Pardon me, Dear Madam, for disclosing a passion I could no longer confine in my tortured bosom...)


Romance wasn’t something that Ben had much personal experience with.  His mother had never remarried, never even brought any boyfriends home.  Ben had never met any of his father’s new wives, and the longest romantic relationship he’d ever been in was his ill-fated college foray into heterosexuality.  Early boyfriends never stuck around, always wanting something he either wasn’t prepared to give, or didn’t know how to.  Eventually boyfriends became fuckbuddies and fuckbuddies became one night stands, and even those had been sparse lately.


Ben sighed and moved on to the next document.