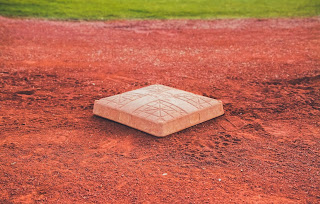 A firm damper was put on any idea of fun the moment Charlie approached Principal Cross after school that afternoon. Johnny had already texted him to say that court had been “frenetic” and he was running “super late, please tell me you don’t have PT today.” Charlie didn’t, fortunately, and he didn’t have much else waiting for him either except for a call with Huda and Ari tonight, so it seemed like a good time to get the formalities with the equipment usage out of the way. Not that he’d anticipated there being a problem, but it paid to be polite.

Turns out he should have just kept his fucking mouth shut and taken the stuff behind her back.

“Absolutely not,” Principal Cross said, folding her hands on her desk and staring at Charlie severely from behind her spectacles. “That equipment is solely for the use of Euryale students. That was the mandate for its original funding, and I won’t break that trust just so a group of interlopers can use and potentially damage it without having to pay for replacement.”

Charlie was dumbfounded for a second there, but he recovered quickly. “These kids are technically Euryale students now,” he said, following the letter of the law as he understood it from the memo that had turned up in everyone’s school inbox that morning. It had been the chilliest “welcome” letter imaginable. “Isn’t that what you said?”

“I said they were to be treated as our students, but obviously that treatment only goes so far.”

Charlie decided to try another tack. “I understand that Euryale has hired a private instructor for its dueling club.”

“And I believe that instructor also provides their own gear for the few kids in this academy who don’t already own a set.” An interest in dueling usually developed pretty young, and that meant indulgent parents were buying their kids sets of specialty gear along with their first bikes, in some cases.

“So the equipment in that cupboard is currently unused, and likely has been for a long time. It doesn’t make sense to leave a valuable resource like dueling gear there to rot when it could be going to good use with other students.”

“Absolutely not. I told you, it exceeds the mandate that precipitated its purchase in the first place.” She pointed a finger at him. “And if you need to consider use in order to be happy, then let me assure you that on the admittedly rare occasion when a student forgets their gear or a new student joins the club and our outfitter isn’t prepared, we let them have access to our stores. So it is getting used, just not as frequently as you would apparently like.”

Principal Cross folded her hands again, her gaze icy. “Let me be clear. Stheno students will not be using any of Euryale’s privately-funded equipment for dueling, for swimming, for basketball, not even for chess club, do you understand me? If it was really important to them, they would have gotten their own equipment out of their school before the site was shut down for construction.”

Right, because that made sense. Get the kids out before the roof comes down on their fucking heads, and oh yeah—don’t forget the dueling gear and basketballs!

Charlie could see he wasn’t going to get anywhere arguing about it, though. Shit, he might even get the Stheno kids banned from using the gym if he wasn’t careful. He gritted his teeth and stood up with a slight wince—he was getting more and more sore as the day went on.

“And do try to look more respectable when you come into work tomorrow,” Principal Cross added as he turned to leave. “Less like you inevitably lost a bar fight, at least.”

Leaving was hard, but staying would have meant giving her a piece of his mind and definitely losing his job, so Charlie walked away. He walked and he walked and he didn’t bother to stop by his office because why should he, when he didn’t have to pick up his car keys because, oh yeah, he didn’t have a car anymore because he’d had a god damn panic attack when he had to be around a group of adults. Jesus Christ, his fucking life.

He walked all the way out to the baseball field, abandoned during this part of the year, and gritted his teeth as he felt his knack roil to life inside of him. The energy practically crackled from nerve to nerve, there was so much of it. He was desperate to use it, to raise his arms into position and send a shield out into the world that would knock away everything trying to hold him back, to hold him down, to make him hopeless. He wanted to be, he wanted to use his knack and he couldn’t, and it was going to drive him up the wall if he let it.

Charlie tried to calm the energy, tried to take deep breaths like his shrink had taught him, but there was no easy fix for the rising tide of magic within him. It burned, burned in every bruise and ache and cut, burned the broken flesh like acid, made Charlie wish he could have just died instead of becoming a one-armed Shield who didn’t even know how to make his own knack work for him anymore!

He did shout now, opened his tightly clasped teeth and shouted as loud as he could while he dropped to one knee and slammed his good hand against the plate of home base. He wasn’t really hoping it would feel cathartic, but he’d settle for feeling slightly less pathetic.

Home plate exploded, sending Charlie straight up into the air with the reverberation of his massively powerful shield. He fell a moment later into a soft earthen pit, where dirt and grass rained down on him for a few more seconds, covering him from head to toe in filth. He dazedly lifted his head and looked around—yep, he was in a crater about three feet deep in the middle, and ten feet around. It was a rookie error when shielding, not properly directing and controlling the force of the knack. Usually, when you pushed your shield too hard into the earth, you left a dent in it. Earth was a lot harder to move than water, and water was hard enough.

He had just made a fucking crater in the ground. He hoped to god that the baseball field didn’t have any security cameras watching it, because he was definitely fired if it did, but still…

Charlie started to laugh. It was slightly hysterical, the sound of a man on the edge, but he felt like he’d actually pulled back from the brink. He could shield. He could honest-to-god make a shield again—a horrible, powerful, sloppy, terribly dangerous shield that could have gotten him killed, but a shield nonetheless.

He couldn’t remember the last time he’d been so happy.

His phone began to ring. Charlie was mildly surprised it still worked. He fished it out of his back pocket and looked at the caller. Johnny. Oh, that was okay. “Hey.”

Charlie started laughing again. “In a hole in the ground,” he got out after a few seconds of wheezing chortles.

“Um…okay, wait, is this a metaphor for something?”

“No, I’m literally in a hole in the ground, on first base.”

“What, in the baseball field?”

“Yeah.” Charlie stared up at the sky, gray and rainy like usual, and thought he’d never seen a more beautiful one. “Can you come meet me here? I’m not sure if I can stand up.”

“What the—yeah, I’m coming, are you okay? Do you need anything?”

So many things, but not the one I thought I’d never have again. “No. I’m good.”

Reality could catch up in a minute. For now, he was unbelievably good.