Notes: OMG it's here! The Tank, sequel to The Train and The Tower, is ready to begin! We'll start you off with a Camille POV, to set the stage.

Also, next week I'm traveling, so I might not be posting. I'll try though! 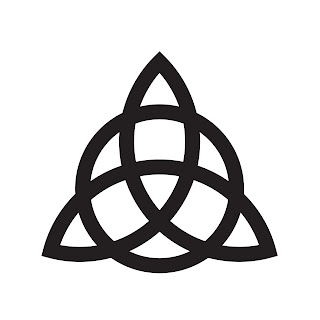 The closer they got to the cave, the worse the weather seemed to be. Weather thaumaturgy was mostly a myth, impossible on a large scale, but perhaps Gerald Montgomery, formerly a nobleman of England and a student at the Universität Zürich, had found the time to bespell his hideout in the foothills of the Apuseni mountians. Whatever the cause, they could not stay in the driving snow much longer, or even Camille’s alpine-hardened troops would freeze to death.

Fifteen men, he had left. Fifteen, of the forty he’d started his hunt with. They were the best of men, loyal and skilled, but six months of chasing Montgomery had taught them all to be wary. Camille’s second, Lieutenant Romilly, caught the edge of his sleeve. “Shall we make for shelter, my lord?” he asked in the manner every good underling had, that of suggesting what they considered to be right in such a way as to make it seem like their superior’s idea.

And it was a good idea. It simply wasn’t feasible, though. “There’s no time, Lieutenant.”

“Lord Lumière, I fear we must make time.” The lieutenant gestured around them with a grimace. “This damned snow won’t let us move with any sort of speed, and Montgomery won’t be able to go anywhere in it either. Best for us to wait it out.”

“No.” Waiting was the one thing they couldn’t afford to do. “I will not have another Vienna, Lieutenant.” Or Sopron, or Ocna Dejului. Following Montgomery hadn’t been challenging, at first—catching him was another matter entirely. Camille had severely underestimated the amount of support that the nebulous shadow society of the Dévoué had dedicated to their English turncoat. Montgomery had escaped them at every turn, sometimes narrowly, always bloodily. The number of innocent people caught in the crossfire between their factions was far too high, their blood staining Camille’s hands as surely as they stained Montgomery’s. The difference was, Montgomery didn’t care.

“We press on,” Camille interrupted with a slash of his hand. “We will go up this slope and into that cave and take down Gerald Montgomery, Lieutenant Romilly, and we will do it now, before he flees too far east for us to follow. Do you understand me?”

The lieutenant, to his credit, just nodded. “The light will fail soon,” he said neutrally. “If we are to make it up the slope without breaking our necks, we must go now.”

“So we must.” Camille turned to look up at the cave, a faint dark hole against the blinding white of the mountainside. “Get me Deschamps.”

Romilly left him, and a minute later thaumaturge Martin Deschamps pulled up beside him, puffing and rubbing his hands together against the cold. Deschamps was Camille’s third thaumaturge since beginning this chase, and no better than any of the others had been. Uncharitable, he chided himself. Just because none of them had the skill and determination of Anton didn’t make them bad at their trade, just…less effective than he would have wished them. The first had died in Vienna, the second had broken his leg a month ago after falling off his horse.

Anton wouldn’t have fallen from his bloody horse.

Camille bit back his sigh and looked at his thaumaturge. “What cover can you give us as we march up the slope?”

Deschamps worried his lower lip between his teeth. “Lord Lumière, I have already cast an obfuscation spell on you and the soldiers.”

“And that won’t do us a bit of good if Montgomery has translated the palimpsest.” It was an open question at this point. Camille had lost some of his best men to nearly impossible shots over the past few months, but they had also quite effectively harried Montgomery into constant movement. Without the time to sit and study the magical booklet that contained the details of the deadly spell—cast on a gun, it would ensure every shot hit home—it seemed unlikely he could  make use of it yet. Still. “I need something better than blurred silhouettes.”

“Now?” Deschamps squawked. “In this weather? My lord, there is nothing more to be done! Any spell I cast will simply blow away on the wind. It can’t be done, not without more time, perhaps a day.”

“Insufficient.” Camille looked the shivering thaumaturge up and down. “You have a number of defensive spells on your own person, do you not? Within the amulet and rings that you wear?” He certainly recognized the silver protection triquetra at the man’s throat.

Deschamps’ face took on a hunted expression. “Yes, but these are—these spells are specifically attuned to me, my lord. I can’t simply hand them out to you and your men.”

And that was the worst thing about Deschamps—he still didn’t count himself as one of Camille’s men. He had been a late arrival, a solitary source of reinforcement who clearly thought their mission was pointless. But he was Camille’s to use, and by God, he would use him. Camille set a heavy hand on the thaumaturge’s shoulder.

“The time has come for you to step forward and prove your fealty with the strength of your own abilities. You shall lead us up the slope, Specialist Deschamps.”

The man’s hunted expression turned positively sickened. “My…my lord, I cannot…surely, I’m not…I have not had time to—”

“You sit with your alembics and concoctions each night, layering more and more spells on yourself. You exert yourself mightily on your own behalf, Deschamps. It’s time for the rest of us to benefit from that.” Camille pushed the thaumaturge forward. “And I’ll be right behind you the whole time.”

With Camille’s hand exerting steady pressure on his back, Deschamps began to trip up the side of the mountain toward the cave. He had one hand on his pendant, the other frantically drawing glyphs in the air in front of him. The driving snow that had been pummeling their faces suddenly vanished.

A sudden crack rent the air, and the shield that Deschamps was maintaining suddenly caved in the center. Deschamps squeaked, but the shot didn’t penetrate.

“Keep your focus and work your craft if you want to live, man!”

They made it ten feet. Twenty. Thirty. The mouth of the cave was clearly visible now, but the men within it were still obscured. More shots were fired down the slope, though, all of them impacting the shield. None of them made it through, but Deschamps was beginning to moan.

“My spare stores of energy are nearly exhausted,” he whimpered. “I can’t maintain the protection much longer!”

“Fifteen more feet.” They were almost there.

The next shot hit the shield, but this one didn’t fall to the snow. It ricocheted into the rocky mountainside, bypassing their protection, and slammed into the line three men back. Its victim died immediately.

Montgomery was making himself known at last. Apparently he’d translated the spell, but only treated his own weapon. Paranoid, but it meant they still had a chance. “Faster!” Camille shouted, bodily shoving Deschamps ahead of him like a cringing battering ram. “We can’t let him have the chance to reload!” If he was using a pistol, if he had but six shots—

Crack. Crack. Crack! Three more men went down by the time Camille and Deschamps crested the cave entrance. The scene within was far from inspiring—half a dozen men hunkered down behind rocks, only the tops of their heads and the barrels of their guns showing. “Fan out!” Camille shouted, keeping Deschamps right where he was. If his men moved fast, they could find cover of their own and pick their targets.

“Fire on the tall one!” Montgomery shouted from his perch in the back of the cave. Bullets spat at Camille, no longer bouncing off of Deschamps’s shield but sticking in it, like flecks of fruit in a wobbling pudding. Deschamps was hyperventilating so hard he could barely keep his hand moving, glyphs forming feverishly as Camille pushed him toward Montgomery.

“We won’t make it within five feet of him!” Deschamps cried. “He’s too heavily warded!”

Now wasn’t the time to explain why that wouldn’t matter in a moment. “Press on!”

Camille might be down to twelve men, but they still outnumbered Montgomery’s force. Dug-in fighters who would have focused on Camille were distracted, then taken down, by a grim-faced Lieutenant Romilly and his brigade. Montgomery raised his magical weapon and fired, but despite the weakening of the shield the bullet still ricocheted, this time striking one of his own remaining men in the neck. The fur-covered gunman collapsed, blood spurting like a faucet from beneath his jaw, and Deschamps shrieked as he saw it, his spell finally dissolving.

Camille pushed Deschamps out of the way and lunged for Montgomery, who was already starting to squeeze his trigger. Camille caught his foe by the hand and slammed it into the rock wall, dislodging the gun just as it fired a final bullet. Again there was ricochet, a new arc of certain death streaking into the air—

A bat, its tiny body practically obliterated by the round, fell to the ground with a splat. Camille smashed his elbow across Montgomery’s face, stunning him, then rolled him over onto his stomach. “Resist me and I’ll break your arm,” he told him.

“Forgot about your little parlor trick,” Montgomery croaked, his voice a parody of laughter. “Can’t damn a man to hell who’s already damned, eh? I should have brought a cannon.”

“Yes, you should have,” Camille agreed. He looked back at his party. All twelve of his remaining men were alive, and mostly undamaged. His thaumaturge was slumped on his back, staring at Camille with uncomprehending eyes. Montgomery’s supporters were all dead.

And high time. Once Camille delivered Montgomery to the emperor, perhaps then, finally—finally—he could see Anton again.