Notes: Almost done! One more chapter for an epilogue from Camille's perspective, I think, and then we'll be on our way. Have some denouement, darlins. 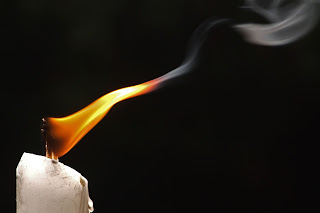 To say that Doctor Grable was furious about the entire affair would be an understatement. He was in a state of towering rage, the sort that made some men fume and pace and throw things. In him, it just seemed to make him go cold and still. Anton had never seen a man’s eyes harden like that. “You’re sure of this?”

“As sure as I can be.” Camille didn’t sound intimidated. Well, that made one of them. “Wordless, wandless magic—a spell of compulsion laid on each of his friends, and on Anton as well. They did the killing—at least some of it—but Gerald Montgomery was the one powering their actions and blacking out their memories of it. He tried to cover up his tracks tonight by pushing the three of them into actions that would result in their own deaths. That, of course, is where he went wrong.”

“Why ‘of course’?” Anton asked. Doctor Grable was the one who answered.

“Spells of compulsion like Montgomery worked are considered dark magic. Old, without concrete form and function, more the result of sheer will on the part of the caster than on the rituals we utilize today, for safety’s sake. This sort of unstructured magic used to be common, but it regularly killed more people than could ever hope to master it. The thaumaturgical system enforces order, and through that order, there is safety for the practitioner. It’s hard to disregard your own safety when you’re working a spell, harder still to force someone to disregard their own.

“Montgomery was able to make his friends kill because he’d had months, perhaps years, to work on them. To turn and twist their will, a cause aided by lowering their inhibitions with alcohol, most likely. But to get them to kill themselves, or take actions that would cause the same result?” He shook his head. “Not so simple. You saw the result of that—hell, you’re part of the result of that. You were able to catch yourself, Percival didn’t end up committing suicide, and Harry worked his magic so inefficiently it was a matter of ease to loop a binding over him.”

Anton hadn’t remembered his part of things being quite so easy, but now didn’t seem to be the time to argue the point. Doctor Grable clearly wasn’t done with either of them. “I can see now the method behind his murders, but I cannot understand his motive. What was he looking for? What did he think these men had?”

“A magical palimpsest,” Camille said, surprising Anton with his immediate candor. “One that contains a spell deadly enough to raise concern at the highest levels of government.”

The doctor’s eyebrow raised. “And why send a man with no magical skill after a magical book?”

“Why not?” Camille countered. “When has anyone ever needed magic to act as a hunter? Although, in this case, I was not entirely without magic, thanks to Anton’s assistance.”

“Ah.” Doctor Grable looked between them and nodded. “I understand the timing now. These men who died…Montgomery thought they had the book.”

“Well.” The doctor blew out a breath. “At least his plans were foiled there.”

“Indeed, we were most fortunate,” Camille said before Anton could continue to interject. “And as for why he decided to end his charade now, I assume it has something to do with the fact that his father has just been thrown in prison back in England, and all of their lands have been confiscated by the crown. I went through some of his personal correspondence while you cleaned up,” he said in an aside to Anton. “Debauchery and deceit are apparently heritable traits in the Montgomerys.”

“Oh.” But… “But he had to be a member of the Devoué before that, didn’t he? To learn the dark magic?”

“Perhaps he was merely waiting for the right cause to come to him,” Doctor Grable said dryly. “The Devoué, from what I understand, are not a movement that relies too heavily on magic in any form. That’s the only minor blessing to be had in this whole rotten affair.” He pushed up from his chair. “Lord Lumière, if you wish to bring my inattentiveness regarding the conduct and capacity of my students to the emperor’s attention, that is of course your prerogative. Rest assured, I’ll be threading through the rest of them like a needle through broadcloth. If there are more Devoué sympathizers, I will root them out.”

“I believe you.” Camille stood and laid a hand on Anton’s shoulder. “I believe our business can be continued tomorrow. It’s late, and we should leave you to your work.”

It was an easy out, and Anton wanted to take it, but first he had to know—“What are you going to do about Percival and Harry?” Because they were killers, that much was true, but they weren’t cold-blooded murderers.

“Do?” Doctor Grable looked a bit surprised. “All I plan to do is have them see a medical thaumaturge as soon as I can summon one, to ensure the hold Montgomery placed on them is gone. Then, I suppose, we’ll see. If they wish to continue their studies here, I won’t discourage it. I have the feeling, though, that our university’s appeal has rather palled for them at this point. I hope it hasn’t done so for you as well, Mr. Seiber.”

“Oh.” Anton hadn’t even considered that. “No, I—I have no plans to, to leave before I’m finished with my studies.”

“Good. In that case, gentlemen, I bid you good evening.” This time, Camille took the hint and left, guiding Anton by his shoulder and steering him away from the hall that held his little room.

“Come back with me to mine,” he murmured, and Anton all but collapsed with relief. His nerves were frayed to the breaking point, and it was all he could do now to let himself be led back outside into the darkness and wind—that terrible, hungry wind, that tore at you and did not want to let go—and down the road to Camille’s guesthouse.

If Anton had thought of returning here before the events of tonight—and he certainly had—it had been with ideas of mutual pleasure like they’d enjoyed before. But now…he felt hollow. He had used up all his energy, every iota of emotion that had helped him maintain his strong front, and now he was nothing but a husk. He could not feel desire, not even for Camille, when there was no wellspring for the feeling to flow from.

Camille seemed to understand without making the question explicit. He helped Anton out of his bloody, sweat-stained clothes and into a clean nightshirt. Anton’s skin, at least, had already been wiped mostly clear. He wished his mind had as well.

“Sleep,” Camille said gently, laying him down on the bed and joining him a moment later after he blew out the candle. “There is no expectation here other than that.”

And Anton was ready to sleep, ready for oblivion, but first… “You forgive me, then?”

Camille killed his brown, just below the swollen skin of the cut on his head. “There is nothing to forgive.”

Anton was pretty sure there was, but he’d take the reassurance for now. Sleep, at least, came as swiftly as he’d hoped it would.

For Camille, it was a different story.
Posted by Cari Z at 7:30 AM