Mutable: Prologue and Chapter One

Notes: A new sci fi story, yay! This isn't Bonded universe, guys, but I hope you'll find it intriguing regardless. I'm excited to be starting it!

Title: Mutable: Prologue and Chapter One 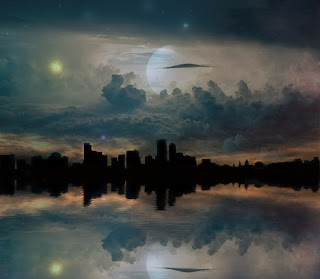 Four hundred years ago, seven generation ships set out from known space to colonize the distant Tiresias System, one great sun around which orbited seven habitable planets. A charter was made between them before setting out, that each people would restrict themselves to their designated planet and refrain from imposing themselves on each other.

After a hundred and fifty years of travel with their inhabitants in cryosleep, the ships reached their destinations. Six planets were colonized successfully, but the seventh, dubbed Delacoeur by the distant stargazers who had first discovered it, turned out to be a barren ball of ice, without the liquid water and lofty, warmer plateaus they had been promised. A third of their people died during the crash landing, and another third died over the next twenty years of subsistence living that it took to repair enough of the ship to make a run for another planet.

Eventually the survivors left Delacoeur for their nearest neighbor, Leelinge. They arrived hoping for compassion, and a new place to call home. They were met with xenophobia and violence, and after a terrible battle they took shelter in the caverns underground that the original colonists had shunned. The caverns held creatures that almost killed the survivors off for good before some of them learned how to control them, and fought back.

This began a period of guerilla warfare that lasted almost a hundred years. By then, other planets had reached out, connecting the Tiresias System for trade and travel. The most powerful of these planets was Imperia, where the people let themselves be ruled by a king and his elected aristocracy. Imperians were the first to initiate interplanetary trade, but they refused to deal with Leelinge until they had settled their civil war.

It took another eighty years, but eventually the Delacoeurians, whose original settlers were long dead, were subdued in a final, brutal battle. The Leelingers would have killed them all outright if the Imperians hadn’t refused to deal with them if they did. Instead, every survivor was given a new assignment on another planet, mostly as agricultural workers, or to do the dangerous tasks that bots couldn’t handle. As long as you were healthy, you would have another chance at life.

If your blood work showed any signs of sickness or genetic oddity, however, you would be denied transit off planet. If that happened, well…

The Leelingers knew the truth about what those signs were. They couldn’t tell the Imperians, not if they wanted to preserve their bargaining power, but they would be watching for everyone who was turned away.

Those people were the Delacoeur assassins, bonded to dark creatures.

Those people would be marked for death. 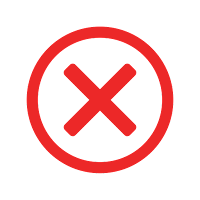 You could tell an Imperian by the way they dressed. They wore layers upon layers, some thin and some thick, some long-sleeved and some short, all matching, all pressed, all bearing the royal red representing the Imperian king in some way. They carried swords that looked like they were never used, and held stunners on their hips that seemed far more comforting to them. They wore their hair long, and they pierced their ears with shining red gems.

You could tell an Imperian by the way they walked. There was a natural confidence to their stride, the motion of a person who never needed to be covert, because there was nothing to fear for them in the darkness or the light. They held their shoulders square, looked each other in the eye when they spoke, and used their voices like they were foghorns.

You could tell an Imperian by the way they spoke. Calm. Collected. Forceful when need be, but rarely unkind. Thoughtful. Compassionate.

You could tell an Imperian by their ignorance, because they would look you in the eye and sign your death warrant with a smile.

“Denied?” Cas stared at the glowing red X that had been embedded in the top of his visa paperwork. “You’re denying my exit?”

“Your blood work came back questionable,” the Imperian officer on the other side of the desk said apologetically. “There were traces of a foreign substance that our medics couldn’t identify. We can’t risk the spread of any sort of disease to your new colony.” She pushed the papers closer with a commiserating smile. “You can apply to retake the test in six months.”

“I won’t last six months here,” Cas said slowly, testing to see if she really was as ignorant as she looked. “I won’t last another day if you make me leave this camp.”

She shook her head. “We have assurances from the local government that all Delacoeurians who fail to garner an exit visa will be treated humanely.”

Yes, humanely shot in the back. “Can I retake the blood test now? It’s possible that something else contaminated it, isn’t it? Maybe the needle wasn’t clean.” Maybe I shouldn’t have let them take blood from me when I was trying to heal a fucking knife wound fast enough that they wouldn’t notice it.

“The six-month waiting period is mandatory, I’m afraid. No exceptions.”

“Then can I at least stay in this camp until then?” Cas was getting desperate.

“Our camp is disbanding in another three days.” She sounded like she was starting to get irritated with him. “Every Delacoeurian who stays here will be monitored for health and wellness. You’ll be fine.”

No, he wouldn’t. He would be murdered in a heartbeat, and it would be blamed on something else. A fire, an earthquake, a tragic accident. And these Imperian assholes would just tut-tut from up in the sky and let the Leelingers get away with it.

Cas wasn’t afraid to die, but he wasn’t ready to either. He had too much to do. Too many people to find.

Too many people to avenge.

“Please, there must be another way.”

“I’ve given you your options. Now, if you’d leave the tent, I have other matters to attend to.”

“Guardsmen!” Two of the red-coated, guards from outside the tent came inside at her call. “Escort this young man out of camp, if you please, and see to it that he connects with the Leelinger authorities on the other side. They’ll take care of him.”

“No!” Cas would have begged further, but she was already moving away from the desk. The guards took ahold of him, each pressing a heavy hand on one of his shoulders, and turned him about-face.

“Don’t do this,” he said to them as they marched him outside into the rainy gloom of a typical Leelinger day. “Please, don’t give me to them, they’ll kill me.” He had to make someone see reason, and fast, or he was going to have to incapacitate these fools and find a way to sneak on board one of the Imperian vessels. That would present a lot of challenges, and worse, a lot of distractions. Cas was on a mission, damn it. “I’m telling you, they’ll kill me. Please!”

He let himself sag between them, making it as hard as possible for them to haul him out of the way of a passing group of officers. “Let me take the blood test again,” he begged as they got closer to the electrified gate surrounding the camp. “I’ll pass, I know I will, it only takes a moment, doesn’t it? I swear to you, if you put me outside that gate no one will ever see me again!” Because I’ll have to kill everyone who gets in my way.

It wasn’t one of the guards who spoke, which Cas had been expecting at this point, if only to tell him to shut up. Instead, one of the men in the group of officers had turned toward them.

“Oh, for king and common’s sake, Rone,” another officer said with a sigh. “We’re almost off this hellhole. Don’t get distracted now.”

“What are your orders concerning this man?” the first officer—Rone—addressed the guards. The one on the left answered.

“He failed the blood test, Captain. He’s to remain with the Leelingers for another six months.”

“That’s almost a third of a year. A long time, by the standards here.” The officer looked Cas in the eye. They were almost the same height, but his shoulders seemed twice as broad as Cas'. Maybe that was just the epaulets, though. His uniform was more decorated than anyone else Cas had seen so far. “You’re confident that you could pass the blood test?”

“And you have a good reason for thinking that you won’t last another six months here?” His tone was light but his face gave nothing away

“Hmm.” Violet-blue eyes considered him thoughtfully. “Interesting. Let’s see if there’s any merit to your argument, then. Gentlemen, escort this man to my tent.”

“Lieutenant Commander Jepson said we were to see him out, sir,” one of the guards said.

“Lieutenant Commander Jepson will be informed of the possible change in outcomes when I’m done speaking with Mister…” He frowned. “What’s your name, then?”

“Beren,” Cas said without missing a beat. “My name is Beren Farling.”