Notes: Darrel perspective this time! A little aside on sucking, which I was really feeling fit my life yesterday, and what you can do to snap out of it. Also, in case I don't talk to you again between now and then...Merry Christmas, darlins! 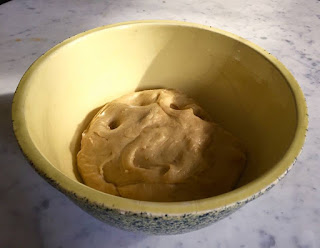 Actually helming a starship was nothing like the sims. After his first session shadowing Lieutenant Reyes on the second set of controls, acting as her backup but not given actual control of the ship, Darrel was convinced that whatever he’d been doing at the Academy so far was designed to frustrate, not educate. He watched Reyes look at her gravity map and adjust thrusters and tried to see what she was seeing, tried to get a handle on what he should be doing to compensate, but it completely evaded him. There were no consequences for his poor response time other than an amber light briefly flickering on Reyes’s control panel, but it was embarrassing to see her turn her head and look at him assessingly—again—like she couldn’t figure out his dysfunction. Well, fuck it—he couldn’t either.

Darrel just wasn’t a natural pilot, not like Cody. He could read the schematics of a ship until he was blue in the face, understand the physics of landing and takeoff and increasing speed, adjusting for gravitational waves and the firelines of other ships, and he understood it all. Intellectually. Actually doing something with it was a whole other story, and his acceptable performance grades in the sim did him almost no good on a real ship. By the end of his eight-hour shift, he was about ready to fry the secondary control panel just so he didn’t have to sit there and suck so badly again.

“First shift dismissed, Second is ready to take control.” General Caractacus’s voice was as calm as ever, and went a little ways toward calming Darrel down. If the general had noticed how lousy his second helmsman was, he hadn’t mentioned it yet. That didn’t mean he wouldn’t, though. They were headed for a fight, and if Darrel couldn’t figure out how to manage input from his implant and sensory data from the ship itself as they headed into battle, he could fly them into the path of their own fleet’s missiles. Fuck, what would his grandparents have to say then? The son of a Federation hero, a famous pilot, destroying his own ship in a mistimed maneuver. He’d be posthumously disowned.

Darrel pushed back from the control panel and headed for the exit. He needed some more time in the on-board sim, and dinner, and some time with Grennson. The Perel was pulling overtime in the infirmary as a counselor, his empathy giving him a huge advantage when it came to diagnosing and settling nervy cadets, and he loved the work, but he’d take a break for Darrel.

Darrel stopped in his tracks with a little internal groan. That was Reyes. He turned and faced the senior cadet, already a tabbed lieutenant with a promised placement on a ship as soon as this action was over. “Ma’am.”

“Where are you off to so fast?”

“Simulator. Ma’am,” he added. “I obviously need to get some more time in before anybody lets me near the real deal.”

Darrel couldn’t stop his eyebrows from rising. “You must not have been watching the same performance as me, Ma’am. All of my reactions were off. I didn’t respond within the same parameters as you more than ten percent of the time, and even when I did, my responses weren’t always accurate. I basically—”

“Sucked harder than a black hole?”

“Good lord.” Reyes threw an arm around his shoulder—not the easiest thing, since Darrel had at least eight inches on her—and guided him down the hall. “No you’re not going to sims, you’re going to come eat with me and let me talk your ear off for a little while, okay?”

“Will you talking my ear off make me better at the helm?” Darrel asked a little morosely, and Reyes laughed.

“Maybe not, but it might make you feel a little better. I don’t want to send you back to your friend looking like you have the weight of the universe on your back; he’ll think we’re abusing you on the bridge.”

Darrel shook his head. “Grennson knows better than that.”

“Kind of. It’s not exactly like mind-reading, though. There’s no actual telepathy except between bonded individuals, and even then it doesn’t reach that level very often. But it does give him a lot of insight into the emotional states of different beings.”

“I’m surprised the brass aren’t training him up to be military intelligence,” Reyes commented as she steered them into the mess. “All our advancements, and we still don’t have a unbeatable lie detector. Someone who understands emotional responses to stress and subterfuge would be a huge asset for them.”

“Yeah.” Darrel smiled a bit smugly as they got into line for their food. Looked like…beige glop today. Mmm. Glop. The worst thing about living on a ship, after sucking at his job, was the food. Darrel was ready to kill for one of Grennson’s muffins. “They’re not allowed to use him that way. It’s part of the treaty with Perelan, and it carries a lot of penalties if they try to break it. Grennson is probably the most protected person at the Academy, in a way. He’s got two different governments looking out for him so that they can keep talking to each other. He doesn’t let it go to his head, though.”

Darrel was already starting to shake his head, but Reyes held up a hand as they sat down. “No, don’t let your issues at the helm start to creep into the rest of your head. You can be good at almost everything, and then the one sticking point in all your proficiencies ends up being enough to drag you down that spiral of shame. You’ve got to kick it in the butt before it gets that far.”

“How?” Darrel spooned up a bit of glop unexcitedly. “I’m awful at it.”

“Because you’re thinking too hard about it.” Reyes frowned. “They don’t tell you this at the Academy, of course, but the simulations there are slowed down by as much as fifty percent. The idea is that you get the actions down, then as you continue your education, they’re sped up to more normal speeds. And of course, you’re supposed to be able to practice on little ships before they stick you on a big bubba like his one. You were what, second year? Just starting?” Darren nodded. “Then it’s ridiculous to think you’d do any better than you are right now. I don’t care if you’re Parrish the Pilot’s kid or not. Your dad wasn’t born knowing how to fly a star ship, and neither were you. Neither was I! But everybody can learn.”

“But it’s—” Darren paused, trying to think of how to express his thought without sounding like a complete idiot. “It doesn’t feel that way. It feels like I should know, you know? That’s the vibe I got at the Academy too.”

“Fucking Academy bullshit and their ‘vibes.’” Reyes rolled her eyes. “Look, I’m not talking down about the Legacy program, I know it gets a lot of kids an education they might not get otherwise, but it also sets a lot of people up with incredibly unrealistic expectations. Your dad died when you were, what, under a year old? And people expect you to just pick up piloting like it’s nothing, like you’ve been studying it for decades like he did? It’s crap. But it’s not like they make it easier for you to do anything else, either. If I had to guess…” She looked at him narrowly. “I’d say…diplomatic track. The way you talk about your friend makes me think your interest is more than passing.”

“You make it sound like that’s a bad thing.”

“People suck.” Darrel coughed out a surprised laugh, and Reyes pointed her spork at him. “They do! It’s one of the few truisms I feel like I can really get behind. Space is full of surprises, the path of life never runs smooth, and people suck. Not all the time, thank goodness, but enough that most of the time I just wish I could fly the ship all by myself, if that makes any sense.”

“You might be able to. You’re fast at the helm.”

“Nah, I’d get tired after a few hours, but that’s nice to hear. Now. About your piloting. We’re gonna go to the sims together after lunch, and I’m going to use my badge to enter a program that will give you an accelerated practice regime. We’ve got a week and a half before we get to Pandora, and if you spend a few extra hours a day on the simulator, you should be able to get your reflexes up where they need to be by the time we arrive. Sound like a plan?”

“Why are you helping me?” Reyes looked hurt by the question, and Darrel moved fast to explain. “I’m really grateful that you are, but it’s like you said…people suck. And there’s a lot of competition here, a lot of cadets looking to distinguish themselves and get tabbed before they graduate, like you did. Nobody else has offered to help me with anything.”

“Have you offered in turn?”

Darrel felt himself start to flush. “No. I haven’t.”

“Well, it’s got to start somewhere. Your friend knows that. Take a screenshot from his data pad and give it a try, pay it forward. I’m sure someone out there would love to learn how to speak Perel but doesn’t feel bold enough to ask Grennson.” She winked. “Just a thought. Now, finish your delicious glop and lets get going before the simulators are all full.”
Posted by Cari Z at 11:01 AM