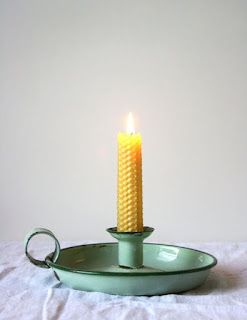 Anton frowned. “How could you possibly know what I’m thinking?”


“Because with your limited experience in such investigations, not to mention your particular skillset, your mind is naturally inclined in certain directions,” Camille said. “I can deduce what you’re thinking about this case by considering what I know of you and juxtaposing it with your facial expressions, which are far from well controlled, I must add.”


“I can’t believe that my face gives away so much,” Anton protested. “What am I thinking, then?”


“Then what is correct?”


“It’s hard to know quite yet,” Camille mused. Anton was prepared to shout at him for being obtuse, but he went on. “I’ll need to see the body again, but for now, come back to the suite with me.”


“So you can tell me again everything that I’m missing, without telling me anything at all?” Anton asked sarcastically.


“So that I can tell you what I observe, and you may determine whether or not you agree,” Camille replied as he pushed to his feet. It was a rather more genteel response than Anton had been expecting, honestly. Instructors of any kind, in nearly any situation, believed that the best way to make a lesson stick was to shout it into their students’ heads, and apply themselves as heartily to punishing failures as they did to ignoring successes. Or perhaps that was just Oxford, but either way, Anton was cautiously eager to learn what Camille had discovered.


They stood together just inside the door of the suite. The body was now resting in the train’s ice chest, but everything else was still there. The room was beginning to smell ripe, and Anton wrinkled his nose.


“You studied with a mortician, did you not?” Camille asked. “Surely you’ve seen plenty of death before.”


“None of it so immediate,” Anton said.


Camille kindly didn’t press, instead gesturing toward the too-small red puddle in the center of the carpet. “I begin with the body itself. You remember how it looked, yes?”


“Yes.” As if he could have forgotten over the space of a single hour.


“What did you remark about the viscount’s feet?”


“His feet?” Anton thought back. They had seemed like perfectly ordinary feet to him. “They were…”


“Bare,” Camille provided when Anton stalled. “But he had slippers at the ready, at the foot of his bed.”


That seemed sensible enough. “Why is that relevant?”


“It’s a matter of positioning.” Camille waved a hand as if dismissing it. “Now consider the manner of the viscount’s death. I deem him to have been killed by a gunshot.”


“But there was no psychic sign of the killer within the room,” Camille continued. “So. Where would an assailant have to be in order to murder the viscount without being in the room?”


Anton felt a bit like a child, but he answered gamely. “Outside the door.”


“Possible, although there would be the issue of noise from the gunshot. Where else?”


“Um…through one of the windows, perhaps?”


“Perhaps. None of them are open, but that’s hardly material,” Camille agreed. “But if either of those options are the case, then the evidence doesn’t add up. The body proved that.”


“The body?” Anton thought about the position of Viscount Bonaparte again, the way he had lain flat-faced against the ground. He thought about the way the death miasma had shown him jerk, just as he was bending over for his…his…


“Wait.” Anton moved a bit further into the room and looked straight down at the carpet. There was nothing amiss with it but the blood. He glanced over at the slippers at the foot of the massive bed, then down again. “It’s not possible.”


“He could not have been shot from below. There’s no way!”


“Or so it appears.” Camille joined Anton at the edge of the carpet. “At first, at least.” He bent over and picked up the corner of the rug, then threw it back. Only a triangle of floor was revealed, but it was enough to see the neat, splintered hole in the wooden floor. There was also a great deal more blood smeared across the smooth oak boards.


Anton gaped from the hole to Camille, who looked mildly satisfied. “So. There is the trajectory of our murder weapon.”


“Why do you persist in doubting it?”


“Because there are too many variables that would have to fall into place for such a thing to occur!” Anton insisted. “Apart from magically moving a rug beneath the viscount after he had already died, there is the issue of where such a shot could have been delivered from, and what sort of shooter could possibly have the prescience to know where to fire, much less when, so that the shot corresponded perfectly with the viscount reaching for his slippers!” Anton threw his hands up in the air. “I’m the thaumaturge, and I know of no spell that would accomplish all of these things at once.”


“I’m sure it wasn’t just one spell.” Camille crouched down and stared at the bullet hole, rubbing one hand thoughtfully over his chin. The train’s pace was smooth despite the angle of their climb, as they’d entered the mountains last night, but Anton was tempted to move a bit closer, just in case they jolted and Camille needed someone to lean against in order to hold his position. “But you’re correct about the timing. One would need to be a very special sort of shooter—or at least, have a very special weapon—in order to make a shot like that.”


Anton felt suddenly chilled. “You would need to be armed,” he said slowly, “with a gun that didn’t miss. A gun that guaranteed a kill whenever it was fired.”


“That would be a very dangerous and very masterful spell,” Camille agreed. “And where have you encountered a weapon like this before?”


The chill gave way to a feeling of nausea that made Anton shut his eyes for a moment. “Oh lord. The knife that Hasler attacked me with.”


“The knife that would have killed you if it hadn’t killed him.” There was more than a hint of compassion in Camille’s voice, and Anton mentally clung to it. “If such a spell actually exists, and was laid upon the knife, then it could be that the same spell was set upon the gun that was used against Viscount Bonaparte.”


“It seems likely.” And Hasler’s thaumaturgical expertise had been in enhancing weaponry. “But…but that doesn’t explain how the gun could have been fired through the floor!”


Camille nodded. “I have enquiries to make with the rest of the staff concerning the working of this train, as well as many people who need their curiosity quelled. Perhaps you could attempt a spell of magical resonance with the knife.”


Magical resonance…oh, why hadn’t Anton thought of that? He began to nod, then halted, frozen. “How did you know I kept the knife?”


Camille’s smile was slightly mocking. “A magical knife of unknown abilities that dispatched its owner and creator for you? You’d have to have no sense of curiosity whatsoever to toss something like that in the nearest rubbish pile. Not to mention, it wouldn’t be a responsible way to dispose of something that could effectively make its’ wielder invincible if they always struck first.”


“If you would test for resonance, it might help us find the gun.” Camille shrugged slightly. “Or the gun might have been thrown out of a window and the distance will be too great for a resonance field to be of any use. Nevertheless, I would appreciate you trying it.”


A spell. Anton mentally reviewed his available equipment. “I’ll do that.” He turned to head back to their room, but stopped when he felt one of Camille’s hands press against his calf. Anton’s breath caught in his throat.


“Do remember to leave it sheathed,” Camille said softly. “It’s conceivable that such a blade won’t be satisfied being on display without taking a life.”


“I will take every precaution,” Anton replied, a trifle stiffly, but it was hard to keep his cool while he took comfort in the kind touch.


“Thank you.” He let go, and Anton headed back to their car.


Getting there was like beating his way through a bloody gauntlet. Consuls and courtiers pressed in on him from all sides, demanding answers. Anton blithely turned their attention back to Lord Lumière, who had reentered the lounge car shortly after Anton. He bore the shouts and inquiries with cool aplomb, and Anton practically ran the narrow hallway to their sleeping car. Locking it shut was a true relief.


He wanted to take a moment to breathe. He wanted a moment to eat, even; his headache was coming back with a vengeance, and that was entirely due to being denied his morning tea and toast and eggs, but there was no time to ring for a plate. Every second counted now, and a resonance spell could grow stronger over time if it was cast right. Anton needed this to be over before Zürich; he would accept nothing else.


All right, then. A resonance spell. With mundane objects, this was a simple task: you laid out a set of seeking glyphs around the item at hand, tested its thaumaturgical vibrations, and set it to search a similar resonance. Then you carried the object around and watched it for responsiveness.


Anton pulled the ingredients methodically out of his bag, saving the sheathed knife for last. He made a face as he set it in the center of the floor, and immediately began inscribing the seeking glyphs around it. He surrounded those with several atypical sigils for protection, just in case. There was no need for the brazier this time; Anton lit a simple beeswax candle, spoke the words for seeking, then laid a line of wax along the side of the knife. He took a deep breath, then blew out the candle.


It was like sounding a gong inside his head. Anton gritted his teeth at the vicious strength of the response; lord, it was a good thing he’d laid in the extra protection sigils, otherwise he might have lost consciousness. And now he would have to carry the bloody thing around with him. Delightful.


The ringing subsided to nothing after another moment, which…could mean anything, really. Resonance spells were still woefully non-specific, as far as Anton was concerned. The gun might be five feet away, or fifty miles. Perhaps he and Camille were drawing a connection where none existed, and there would never be an answering resonance.