Notes: Back to Rivalries! We're about to sink our teeth into the meat of the story, so get ready. Soon there will be...dueling! 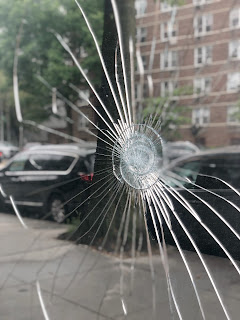 It was a good thing that Charlie’s day had started off surprisingly well with Johnny, because it seemed destined to go downhill once his classes got going. The knack classes for the two schools weren’t being taught together, although Debra had been nice enough to send on her lesson plans and Charlie was damn well going to study them when he wasn’t nursing a headache from hell and almost more bruises than he had skin.

And frankly, maybe the knack classes should be taught together in the future, because his students were turning out to be a bunch of judgy little shits who could stand to be taken down a peg.

That’s not fair. They’ve been raised in this weird, hypercompetitive bubble all their lives. They don’t know much about the rest of the world. Charlie had seen people from Euryale Academy in the army, a few of them coming into the special programs that he was sent through, and without exception they all broke down the first week, gone from “special” to “just another grunt.” They were mostly able to get back up again, learn from the experience, and keep going, but some of them didn’t.

“—don’t know why they didn’t put them somewhere else,” one of his juniors was opining just as class began. The freshmen and sophomores, at least, had a modicum of curiosity about the newcomers, but the upper levels didn’t seem to feel much other than disdain. “It’s not like they’re going to get much out of being here.”

“Why is that?” Charlie asked, blatantly interrupting his conversation in the way only a teacher could.

The kid, a boy named Ryan if he remembered correctly, looked slightly ashamed but held his ground at Charlie’s question. All of the kids had been staring at him while trying to seem like they weren’t, undoubtedly wondering about his banged-up state of affairs, but they hadn’t outright asked about it yet. Which was good, since he didn’t plan on telling them anything. “Because…they’re not used to our school.”

“It’s only been half a day,” Charlie pointed out. “I daresay they’ll get used to it in time.”

“They’re not used to the way we do things.”

He scoffed. “What, with overhead projectors and laptops for all instead of blackboards and pencils? They come from a less privileged school, but they’re not living in caves.”

“They’re probably not as far along with their knacks,” another kid piped up. It was Dahlia, who Charlie was trying hard not to encourage in her attitude of casual superiority—something that a lot of Persuasive knacks shared. “I mean, they have a kid who literally shook his school apart. Does that sound like control?”

“What if I told you that control is overrated?” Charlie asked.

Dahlia frowned. “But you said that knacks, especially knacks like mine, have to be controlled.”

“They do.” Charlie nodded. “Legally speaking, ethically and morally speaking, they do. But sometimes a knack is expressed as a means of self-defense, even without conscious volition. When that happens, the people who know the person with that knack need to sit up and pay attention, because it could mean something bad is going on in their lives. Do you think that kid wanted to break his school? That he’d want the negative consequences from that? And there are a lot of negatives, let me tell you. It’s not very likely.”

“So something bad was happening to him?”

“Was he being bad touched?” one of the boys said with a laugh. To Charlie’s mild surprise, a few of the girls in class shot him some sharp glances.

“I’d break every window in this fucking school if someone started bad touching me and nobody wanted to do anything about it,” one of the girls snapped. She had a vibration knack, one that was especially transformative on glass and its alloys. Charlie was sure the military would be happy to snatch her up for the chance at training her in espionage, but she’d already said she was planning to go to MIT and study materials science.

“I don’t know what was happening with him. It’s not really for us to know, either, but it is important that the adults in his life who have a chance of helping him know. You can’t bottle up your knack,” Charlie finished. “Control it, yes—bottle it up, no. Knacks are there to be used, so its our job to figure out how best to use them and then to do so responsibly.”

“How do you use yours?” Ryan half-asked, half-demanded. All the kids knew Charlie was a Shield by know, and the ones who knew a little more than others understood that with only one arm, casting a shield had to be done differently.

Charlie smiled. “With difficulty,” he said. He wasn’t about to tell them that that he hadn’t followed his own advice on this particular front. “Now, let’s talk about the case studies I assigned last week.”

The seniors, coming in last, were surprisingly easy today. This week was devoted to padding their extracurricular resumes, so mostly they worked by themselves, occasionally coming up and asking questions about correlating an activity they participated in to their knack, or figuring out how to cast their interests in the best light. It was downright refreshing to be surrounded by silence for once.

Of course, that meant it was time for a knock on the door. Charlie glanced up apprehensively—he really didn’t want to talk to Principal Cross right now—but it was Debra Jones instead. “Excuse me, Mr. Verlaine,” she said, glancing at the students before looking up at where he sat behind his desk. “Got a minute?”

“Sure.” He followed her out into the hall, leaving a crack so he could hear inside the room. “How can I help you?”

She got right down to the point. “You knew my classes are set up in the gym, right?”

“I was setting up my office today—I think it’s a repurposed janitorial closet, actually, it smells like pine and bleach—and I noticed a whole heap of dueling gear in the corner. Do you ever use that stuff?”

“No.” Charlie didn’t even know they had some stowed there—all he knew was that their dueling club was outsourced, and not, as Principal Cross had haughtily informed him, something for him to concern himself with. “Is it any good?”

“Fairly basic, but in better shape than what we had back at Stheno,” Debra said. “You think anyone’s going to mind if I let my kids use it? We’ve got some kids who are really good, and I don’t want their training to lag just because they’re not in familiar surroundings.”

“I don’t mind at all.” The next words came out of his mouth before he had time to really think about them. “Do you want help?”

Debra looked a little surprised. “I certainly wouldn’t mind it, but don’t you have your own students to teach?”

“I’m not allowed to do hands-on dueling practice with them.” He gave a half-smile. “I’m just a temp, after all.”

She raised an eyebrow. “Black-ops trained, and they passed on the chance to have you show these kids the ropes? Seems poorly thought out to me.”

If only she knew…it was a nice sentiment, though. “I’ll make sure it’s all right to use the equipment and find a good space for practicing,” Charlie volunteered. He was actually kind of excited at the thought of getting involved in a dueling club. Despite how things had gone with him and Johnny back in the day, he’d loved it.

And hell, things weren’t so bad now, lacerations notwithstanding.

They shook. “I’ll make it happen.” He let go and grinned. “This will be fun.”