New Release: Dark Around The Edges

It's heeeeeeere! My new/old release is here!

I'm so excited this is finally out in the world again. Dark Around the Edges is an m/m urban fantasy romance with a heavy side of magic, demons, and gunfire, on sale for $2.99. I hope you enjoy it :) 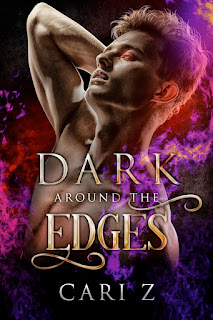 Dark Around the Edges

Devon Harper isn't just an agent with an elite private security firm, he's also a cambion, the half-breed offspring of an incubus and a human. While on the trail of Porter Grey, a dangerous summoner, Devon's own demonic birthright betrays him and he's captured by those who want to use his heritage for evil, leaving his sometimes-partner Rio to step in and save the day. Unfortunately, their quarry is has escaped by the time Devon is freed. If they don't catch him fast, Porter Grey could once again vanish overseas and out of their reach.

As the two men begin their search, the urgency of their mission can't quite distract Devon from the growing affection he feels for Rio—the one person whose calm nature seems to quiet his restless spirit. Their hunt leads them to Seattle, but Devon is captured and Porter Grey almost killed as the demon who has been pulling his strings springs his ultimate trap. He's got plans for Devon, and unless Rio is willing to risk everything by revealing his own hidden nature to stop him, he may have found a way to become the most powerful incubus to ever walk the Earth.