Notes: Here we have Revelations: Aftermath Edition, plus the lead in to a soft moment I'll be gifting you with before I blow our sense of equilibrium all to hell again :) 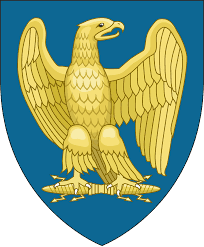 Anton had to sit down. “I don’t…” He gulped and tried again, words fighting behind his lips for precedence. “It’s…but no one has ever positively determined a cause for the condition,” he said at last. “The affliction strikes with near-perfect randomness! One in a hundred thousand people, thereabouts, and a slightly, infinitesimally increased potential for it if you have it in your family history, but even that is potentially merely circumstantial due to faulty record keeping and, and…”

Camille lowered himself down beside him, which was when Anton realized that he’d basically just collapsed onto the marble floor. “All of that has been considered,” Camille said easily, as though he hadn’t just adjusted Anton’s entire worldview with a single phrase. “Everything you can think of, and probably numerous things you haven’t thought of yet, have been examined. The emperor has reached out—with a great deal of secrecy, admittedly—to authorities on everything from thaumaturgy to spirituality to street magic to physical medicine. He’s the first of the Bonaparte line to produce children with this defect, and every angle had to be examined.”

“And…and has anything been discovered?”

Camille sighed and leaned back against the wall. “Many things. None of them have been directly applicable to our situation, but quite a lot of them stand to do others like us some good. Currently the popular supposition is some sort of curse, something embedded in the body of the emperor himself. Two of the women he had bastards with went on to have utterly normal children with other men, so it wasn’t transmissible in that sense.”

“That’s good,” Anton said mechanically, but his mind had already begun to take shape around new problems, new angles seeking completion. “Camille…if this trait is discovered, if it is made public…it could mean terrible things for the empire.”

“Worse even than the tangle we’re already in, which is saying quite a lot,” Camille agreed. “The revelation would precipitate a crisis of faith at the very least. Rome might choose to split from the monarchy, and if that happens, then we begin to lose the people. There is no equivalent of the Church of England in the empire, after all—we are Catholic, Jewish or, on the fringes of the empire, Islamic. And none of these religions have anything but negatives to say about the soulless.” He gestured around them with a hand. “That is another reason for this place, of course—it is an avenue for investigation into the mystery that bedevils our emperor.”

Camille rubbed his fingertips across his temple. “He’s done fairly well, given the hand he’s been played. He is as devoted to Empress Matilde as any husband could be to a wife, and that has lent credence to the idea that she, in fact, is the trouble, not him. His bed partners have been circumspect. His children haven’t been exposed. He has a nephew who is a war hero and is a proper age to be the heir, so the line will stay intact, even if it has to branch out a bit.”

“How can you be so sanguine about this?” Anton demanded. “You’re a…you’re like something out of a fairy tale, a prince living under a curse, the son of the emperor, for the love of god. How can you speak of him with such remove?”

“Because he has never been my father in any way other than biological,” Camille said in a tone of great patience. “Napoleon Bonaparte is a busy man. It’s likely that even if I had come about in an entirely legal and laudable way, I would hardly ever see him. As it is, I feel like I see him more than I ought to. He’s aware of my abilities with detection—his influence helped set me on this path—and he uses me accordingly. In the meantime, my mother lives in a beautiful home in Avignon and wants for nothing, and I have purpose to my life. It is enough.”

“Purpose? What purpose?” Anton demanded, rather pettily, perhaps, but he felt as though he was being held underwater. He could still breathe, somehow, but every moment seemed to drag. “To protect the empire? To protect him? You could do either of these things, anything, anything you wanted to, on your own merits. You’re brilliant, and if he can’t understand that well enough to value you accordingly, to value your, your, your companionship, then—”

He waved his hands in the air between them, as though it could somehow jumpstart his ability to articulate. “Look at you,” he finished, exhausted and petulant and still reeling. “Look at you, and look at how clever your brother is, and yet look at how society dictates you must be treated because of something completely outside your control. You’re a person to be valued, and now to know that it’s not just that you were unfortunately afflicted but that you might have been targeted, it…” Anton ran out of breath, and thought.

Camille reached out and took his hand. “I have no regrets,” he said gently. “I’ve never known a life other than the one I began with, and I’ve had many advantages that others lack. My education has been excellent, my tutors far-ranging, and as I said, my mother is in good health and well-cared for. I enjoy what I do, and even who I do it for.” He glanced down as he twined their fingers together. “The only moment of doubt I’ve ever suffered on this path was the result of you. From the first moment I met you, you held my interest. That interest has only grown the longer I’ve known you.”

He looked out blankly at the expanse ahead of them, the light of distant Paris still enough to blot out many of the stars. “If I did have a regret, it would be…not abandoning my attachment to you when I had the chance, before you became drawn so deeply into this web. Because now there is no chance of it, I’m afraid. Even if you drive me away and want nothing more to do with me, you’ll never be completely out of my thoughts.”

Anton’s heart beat so loudly in his ears he could barely hear Camille, but he was quite certain he’d heard enough. He turned around until he was on top of his lover, sitting astride his thighs and leaning in, bracketing his head with his arms and running his fingers into the other man’s hair and just feeling him. That night together in Zurich felt like forever ago, and since then so much had happened, so damnable much, that Anton had thought it was over between them.

Even now, even with this confession still ringing on his lover’s lips, there was a chance it might not last. Wasn’t there? Wasn’t there a limit, an edge to what was tolerable and what wasn’t? They hadn’t found it yet, perhaps—not even the revelation that Camille was, in essence, royalty could do that, but if…no, when he discovered what Anton was keeping from him, when he learned about Caroline…

“What is it?” Camille murmured, pressing his mouth to Anton’s neck. “What is it, love? What do you want?”

That was about the only question Anton felt capable of answering right now. “You,” he said hoarsely. “I want you. Come inside with me, stay with me. Just for the night.” It was dangerous to be as free as they were allowing themselves right now, even given Camille’s odd status, but… “Please.”