The Tank: Chapter Eleven, Part One

Notes: FINALLY! New content for The Tank is here, praise be. We're about to learn some BIG secrets, folks, hold onto your carryalls. 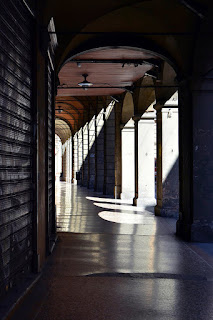 What is this place? Really? The thought preyed on Anton’s mind for the rest of the day, long after he’d left Hrym, that brilliant, child-like man behind and rejoined his party, even after he got a moment alone with Caroline, long enough to berate her for drawing attention to herself.

“You’re supposed to be bland and unobtrusive, not drawing attention to yourself by showing off your knowledge of theoretical thaumaturgy,” he whisper-hissed at her over post-dinner coffee that evening.

Her hands tightened around her cup, and the corners of her mouth quivered with excitement. “But Byron Atwood is here! Atwood! He’s one of the most brilliant thaumaturges England has ever produced, one of the greatest minds of the last century! He’s been out of the country for decades now, people thought he was dead! I had no idea he was here, and he could be a font of valuable information as long as I can interest him in speaking with me. That’s why I had to encourage him, to seem interesting to him. Otherwise, he would dismiss me completely.”

“Why has he been out of the country for so long?” Anton asked. For all the time he’d spent among the offspring of the upper crust, he couldn’t bring much about the man immediately to hand.

“Oh. He, um…” She sipped nervously at her coffee. “He, ah, fell rather publicly in love with the French ambassador to England. It was quite a scandal at the time. There was talk of…ah, censuring him, and so he and the ambassador fled back to France.”

Anton frowned. “Why was it such a…” Then his rationality caught up with the rest of his mouth. Ah. Byron Atwood shared his inclinations, then. “How did he dare to be so public about it?”

Caroline shrugged helplessly. “He’s brilliant, Anton, I can’t tell you how much. They’ve never even erased his boards in the classrooms he taught in, there’s so much knowledge left to be gleaned from his notes. He was so brilliant, he felt he could live as he pleased. Our society was not ready for that.”

“They still aren’t,” Anton noted glumly. All of a sudden the evening had palled. He excused himself a bit later, and after ensuring Dr. Grable was comfortable, he headed for his room. He needed to be alone with his thoughts.

No. That’s the last thing you need.

Anton stepped into his room and tensed immediately. Someone was here, he could feel it in the shiver of his passive wards, glyphs worked into everything from the stitches of his clothes to the leather of his shoes and carryall. He looked around the sitting room, but there was no one there. Nor in the bedroom, nor the bathroom, but—ah. One of the doors leading out to his small, fenced-in patio was cracked open. He stepped up to it, one hand moving to the inner pocket of his jacket, where he kept one of his spirit globes close to his chest. God only knew what it would turn up here if he set it off in such a place—perhaps nothing, since apparently death itself was a novelty, but still—

He recognized the set of the shadow man’s shoulders a second later, and exhaled in relief. “You could have found me earlier,” Anton said, joining Camille beneath the elegant little portico a moment later. “There’s no need to sneak into my chambers.”

“I preferred not to endure the party this evening,” Camille replied solemnly, glancing at Anton but keeping his hands firmly on the wrought iron rails. “It has been a day of many revelations, a number of them unsettling.

“More on Deschamps?” Anton asked, resisting the urge to reach out and touch. If Camille wanted to let him in, he would give some sort of sign. Honestly, at this point Anton was rather invested in not being distracted by the other man—he had questions.

He didn’t immediately continue, and rather than press, Anton took the opportunity to direct the conversation where he wanted it. “What is this place for? Really?”

Camille stared at him, interest quickly overtaking the fatigue in his face. “Why do you ask?”

“Because there’s no way this is simply an institute for high-level research.” Once he began speaking, words flowed from his mouth like music from a choir. “I mean, it is, I know that, there is the research and productivity to prove it, and obviously the laboratories here are conducive to that, but I met a young man today, an intelligent and innovative young man, and he asked me how long it took before a dead man began to smell.”

Anton had to move, to walk, even though there wasn’t much room for it on in the small space. “He has never seen a body before! Never! Not the funeral of a relative, not a homeless man in a street—probably, judging from the sheer ignorance at play, not even the carcass of a dog or cat! He may be clever, but he is so sheltered that I don’t think he would survive beyond this place, where everything is handed to him and someone comes around to sweep away the, the dead spiders so he doesn’t have to confront them!” He lowered his voice a bit. “And there is an admitted homosexual here! England has a great many flaws, but France is not so removed from the hold of the Catholic church that it would cease to care about such things. I do not begrudge Byron Atwood falling in love, far from it, but I am terribly curious as to why he found a place here, of all places! The heart of the empire’s intellectual war machine!” He threw up his hands. “What is this place, Camille?”

Anton was not prepared for Camille to look at him with as broad a smile as he’d ever seen on the other man’s face. “You are terribly clever yourself,” he said lowly, and it was almost—almost—enough to distract Anton. Camille was kind enough not to leave him in suspense. “You’re right. This is more than an institute of learning. It is a…call it a safe haven, of sorts. The emperor adapted the previous Institute to his needs half a century ago, and since then this place has served two purposes. The first is the obvious one, the front presented to the world. The second?” Camille shrugged. “It is a home for the…inconvenient. Particularly the inconvenient of the upper classes.

“It is a place that provides structure and learning and focus, while also getting an indiscretion out of sight. The young man you met was born out of wedlock to a powerful nobleman in the south. To protect him from inter-familial retaliation, he was sent here. He was given a new name, and told nothing of his origin, and now he is a servant of the empire and nothing more.”

“He was born different,” Camille explained. “Surely you know of such people. He can understand vast concepts and create magnificent thaumaturgy, but his mind has never grown at the same pace as his body. Just another reason he is better off here, than in the hands of those who might use his misunderstandings to hurt him.”

Anton wasn’t so sure of that, but… “What about the rest of the staff? The engineers, the thaumaturges, are they all like this?”

“Most of them,” Camille said. “There are exceptions, of course—DaVinci is one of them. He had a long career in Italy before coming here, but he also had his enemies, and their reach is long. The pope in particular had some harsh words for the master craftsman, and he felt his best chance at keeping his head a while longer was here. But most, yes.”

“Even Lord Jourdain?” Anton asked, and was surprised when Camille nodded. “What is so special about him?”

Of all the times for one of Camille’s little tests. Anton considered it earnestly, though. Jourdain was an administrator, neither thaumaturge nor engineer. He was clearly quite powerful here, yet Anton had never heard of him before. He was middle-aged…wait. “Is…is he the reason for this place? Its inception, I mean?”

“Then he must mean something to the emperor.”

“Is he another…” Oh lord, to be speculating on the private life of Napoleon the Third, it was sordid enough to make him shudder. “Is he illegitimate?”

“No, Lord Jourdain is quite legitimate.”

“And he’s clever,” Anton said, narrowing his eyes. “And capable. So why isn’t he the Dauphin…” But, of course, there was no Dauphin. It was said that the Empress had been unable to carry a child to term. But if he was legitimate, yet not viable for the crown… “Is he soulless?” Anton breathed. “Like you?”

Camille nodded again, a wry little smile on his face. “Very like me.”

“But it is such a rare condition! It’s only barely traceable in families, what are the odds of…” Anton felt as though the floor had just vanished from beneath his feet. Oh my god. “You are also his son,” he breathed. “You’re a prince.”

“I’m a bastard conceived out of desperation,” Camille corrected him, not seeming perturbed. Presumably he’d had his whole life to come to terms with his reality—for Anton it was nevertheless quite shocking. “I was meant to be proof that our emperor could give birth to a normal child.” His smile twisted a bit. “I was his fourth attempt, in fact.”

“Yes, Anton. Every one of our emperor’s children has been born like me. All of them, all of us, are born soulless.”
Posted by Cari Z at 11:38 AM